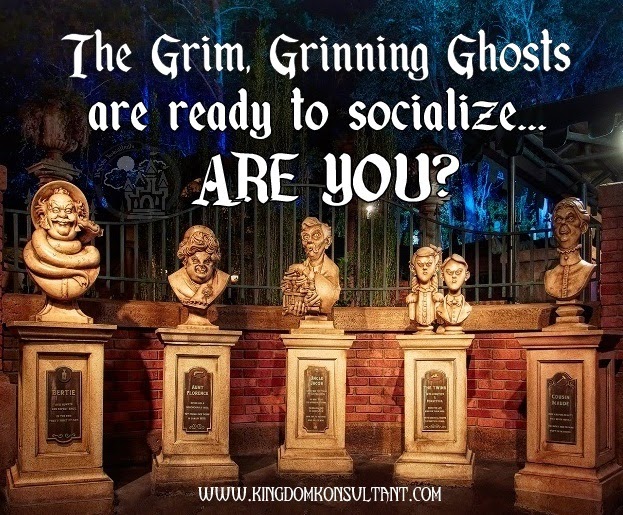 For an additional $99 per person, in addition to the ticket for Mickey's Not-So-Scary Halloween Party, you will get to experience a character hosted dessert party inside Cinderella's Royal Table, along with preferred viewing for Boo-to-You parade and HalloWishes fireworks.
To make a reservation, please call (407) 939-5262
From Disney.
Villains’ Sinister Soiree: A Wicked Takeover of Cinderella Castle
Join Lady Tremaine and her villainous friends at the witching hour for the season’s most decadent dessert party. Taking place during Mickey’s Not-So-Scary-Halloween Party, it’s the Villains’ Sinister Soiree: A Wicked Takeover of Cinderella Castle!
Set within the majestic halls of Cinderella’s Royal Table, don’t miss your chance to meet a menagerie of malevolent special guests—all while you indulge in devilish desserts and wicked entertainment.
As the evening continues, follow fellow Guests to the dining room, where the surroundings have transformed into an upscale, villainous atmosphere. Inside, enjoy the eerie entertainment as a piano player provides live music, accompanied by a few haunting solos from Lady Tremaine herself.
By purchasing a ticket to both Mickey’s Not-So-Scary Halloween Party and the Villains’ Sinister Soiree: A Wicked Takeover of Cinderella Castle, you’ll receive preferred viewing for the 8:15 performance of Mickey’s “Boo-to-You” Halloween Parade, as well preferred viewing for the Happy HalloWishes Fireworks Spectacular.
Plus, you’ll be treated to the Dessert Soiree at Cinderella’s Table—a delightful affair where you can feast your senses on Lady Tremaine’s eerie musical talents, over-the-top desserts and specialty non-alcoholic beverages. You’ll even receive an autograph card and a souvenir Maleficent dragon cup!
Admission
Admission to the Villains’ Sinister Soiree: A Wicked Takeover of Cinderella Castle is available for $99 per person, plus tax (gratuity included).
Please be aware that admission to Mickey’s Not-So-Scary Halloween Party is required and is not included in the price.
In addition, be aware that Mickey’s Not-So-Scary Halloween Party is a special ticketed event and is not included with admission to Magic Kingdom park.
Reservations
Online booking is not available for the Villains’ Sinister Soiree: A Wicked Takeover of Cinderella Castle. To make a reservation, please call (407) 939-5262. Guests under 18 years of age must have parent or guardian permission to call.
Reservations are highly recommended for the Dessert Soiree at Cinderella’s Royal Table, taking place at both 10:15 PM and 11:45 PM on September 1, 9 and 12, 2014; and at 10:15 PM only on September 14, 16, 19, 21, 23, 26, 28 and October 2, 3, 5, 9, 10, 13, 16, 17, 19, 21, 23, 24, 26, 28, 30 and 31, 2014.
Check-In
To check in for the event, visit the Will Call booth outside the main entrance of Magic Kingdom park from 4:00 PM to 6:30 PM. Starting at 7:30 PM, you may check in at the parade and fireworks viewing area in the central plaza by the Castle Forecourt Stage.
Once you have checked in, you’ll receive a wristband identification, which must be presented to enter the preferred viewing areas and Cinderella’s Royal Table.
If you choose not to participate in the preferred parade or fireworks viewing, you can check in at Cinderella’s Royal Table at your designated seating time.

The Magic Kingdom's Night of Joy event is taking place on Friday September 5 and Saturday September 6 2014 and Disney has released the full line up.

Here is the full line-up of acts and set times for both days.

Construction is set to begin on the seating areas for Rivers of Light - the new nighttime spectacular coming to Disney's Animal Kingdom. Walls will go up next week around areas of Asia and DinoLand U.S.A. next week to begin the work. Rivers of Light is expected to open in March 2016.

Entrance 4 at Downtown Disney will be permanently closing on Thursday August 28 2014 as work on the new West Side parking garage progresses.

Entrance 4 is located between Cirque du Soleil and DisneyQuest. Its closure now means that there are 2 entrances available into Downtown Disney, Entrance 5, which is opposite the Typhoon Lagoon main entrance, and Entrance 2, opposite the Hess Station. Entrance 1, opposite the Casting Center remains exit only.

If you are a fan of the current live entertainment groups in Epcot you will want to make a trip to Epcot before the end of September. Disney will be revamping the entertainment options in World Showcase and many of the most popular acts will be replaced with new offerings.

World Showcase Players will have its final performance September 25 2014.

Off Kilter in Canada, Mo’Rockin in Morocco and the Spirit of America will be performing for the final time on September 27 2014.

Not yet confirmed, but the British Revolution may also be concluding on September 27 2014.

New live entertainment planned includes a traditional Berber music and dance troupe in Morocco, a corps of dynamic flag-waving performers in Italy, a thrilling lumberjack-inspired show in Canada, and a Celtic folk
music ensemble at the United Kingdom.

The Jingle Cruise will once again be returning to the Magic Kingdom's Adventureland in 2014.

Introduced last year, the Jingle Cruise is a holiday overlay to the Jungle Cruise, bringing some new elements to the queue, and a slightly revised script for the skippers.

The Jingle Cruise will set sail from November 7 2014 through the holidays.

Pangani Forest Exploration Trail at Disney's Animal Kingdom will be partially closing from September 3 2014 for a lengthy refurbishment.

During the refurbishment, the entrance will be closed, and guests will enter via the exit. The underwater hippo exhibit, the aviary, and the research outpost will all be closed during the work. The colobus monkeys, zebra, gorillas, and meerkats will continue to be available.

There is no word yet on when the refurbishment will be completed, but expect it to remain closed until at least mid-November 2014.