January 14, 2016
Ears the News is brought to you by our friends at WDWMagic.com

The Fairways Course at Disney's Fantasia Mini Golf will be closing for refurbishment later this month. The closure is scheduled to begin on January 18, reopening to guests on February 12 2016.
During the refurbishment, The Gardens course will be open as normal.

The Walt Disney World monorail system will be operating modified hours through March 20 2016. 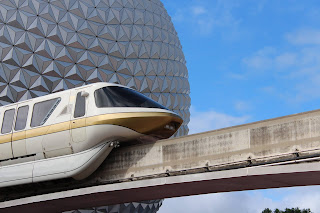 Closed between 11:30 AM and 6:00 PM Wednesday and Thursdays
9:30 AM delayed opening on Mondays and Tuesdays

Resort Monorail
8:30 AM delayed opening on Mondays and Tuesdays

Epcot Monorail
9:00 AM delayed opening on Mondays and Tuesdays

Star Wars fans have another option for shopping at Walt Disney World with the opening of the Star Wars Galactic Outpost.

Located on the West Side at Disney Springs just across from Starbucks, Star Wars Galactic Outpost is now open and replaces D-Street, which closed on December 14 2015. D-Street opened back in April 2010 as part of Disney's rollout of Vinylmation collectible figures.