June 08, 2018
Welcome to the latest edition of Ears the News 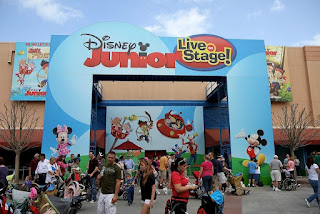 According to the announcement, the new "Disney Junior Dance Party!" is a musically infused, interactive concert, hosted by Finn Fiesta and a DJ – named Deejay, of course – who involve you in all the fun, including live appearances from some of your favorite characters, fun music from Disney Junior and much more.

We first mentioned Vampirina being developed for park appearances earlier this year, and it seems this new show may mark her debut at Walt Disney World.

The new show will take over the existing "Disney Junior - Live on Stage!" space in the Animation Courtyard, which will have its final performance on September 1 2018.

Walt Disney's World's Minnie Van Service is now available to all guests and no longer restricted to resort hotels. 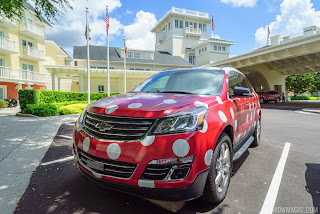 Using the Lyft app, you can request a Minnie Van to travel to and from any location at Walt Disney World for $25 per trip per vehicle.

For airport service for Club-level Guests traveling to and from a Walt Disney World Resort hotel and Orlando International Airport, you can book ahead of your trip through Disney Signature Services at 407-939-7777.

Beginning June 13, the Canada Pavilion will welcome the Blueberry Grass Band to the Mill Stage, an accomplished group from Quebec who transform French and English Canadian hits into their own festive sound.

Every member of this six-person band has a different musical background, resulting in a group that uses a variety of instruments – string bass, guitar, violin, drums, banjo and of course, voice

Guardians of the Galaxy – Awesome Mix Live! will open this weekend, performing June 9 to August 19 2018 at the America Gardens Theatre in Epcot's World Showcase. 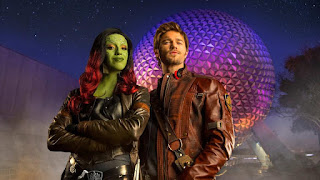 The show will feature Star-Lord and Gamora in person as a 7-piece alien band brings many of your favorite hits from Awesome Mix Volumes 1 & 2 to life. You may even catch a glimpse of Little Groot. Showtimes are at 1:30pm, 2:30pm, 5:30pm, 6:45pm and 8pm daily.

The reserved viewing areas for IlliumiNations Reflections are being adjusted to bring them all into World Showcase Plaza.

FastPass+ viewing remains in the large area the front of World Showcase Plaza between the two gift shops.

Frozen Ever After Dessert Party guests will continue to use the area near the Disney Traders gift store on the left side of Showcase Plaza.

On the second Saturday of each month, Passholders are invited to an exclusive, early bird shopping experience at World of Disney, DisneyStyle, The Disney Corner and Ever After Jewelry from 9am to 10am.

During this time, passholders can enjoy one full hour to explore the store before anyone else, and take advantage of 20% Passholder discount.

This is what will be happening inside the World of Disney store during the June 9 2018 event.

Keep an eye out for Disney PhotoPass Photographers during the event—they’ll be traveling between World of Disney, DisneyStyle, The Disney Corner and Ever After Jewelry Co.

Chocolate square samples from 9am to 10am—and get 20% off your Ghirardelli purchases.

Receive a complimentary consultation and samples from skincare experts.

Enjoy a performance by Bryan Malpass.

Complimentary samples of crab ceviche—and receive a coupon for 20% off food and nonalcoholic beverages (valid for the month of June).

Complimentary “Mr. Fabulous” notepad when you make a purchase of $50 or more (while supplies last). Plus, check out their special display featuring popular gift picks just in time for Father’s Day—and take advantage of 10% Passholder discount. 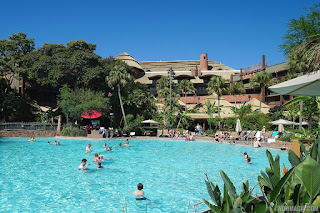 The work is planned to begin on September 4, reopening to guests on December 5 2018.

During the refurbishment at Jambo House, the Samawati Springs Pool and Maji Pool Bar at Kidani Village will be available. 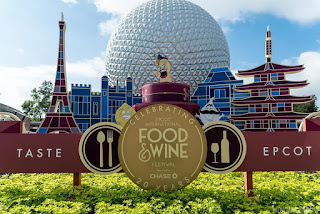 
You can view all of the offerings available to book on the official festival site.

New events to the 2018 Epcot International Food and Wine Festival include:

Sunday Brunch with the Chef: Start your day in the most delicious way at a two-hour event including a brunch buffet and featuring a distinguished culinary television personality. While enjoying a meal inspired by some of our VIP guest’s favorite dishes, attendees will be part of an in-depth question-and-answer session featuring kitchen tips, tricks and insights. Finally, foodies are in for a fabulous pièce de résistance: a sparkling wine toast and an exclusive meet-and-greet photo opportunity with our celebrated gourmet guest.

Food & Beverage Pairing: Learn from the pros at these 45-minute sessions, held each Friday to Sunday. Enjoy a collaboration between the featured chef and beverage presenter, pick up a few tips and best of all – taste the demonstrated dish and beverage pairing.

More acts have been added to the line-up for the 2018 Eat to the Beat concert series at this year's Epcot International Food and Wine Festival.

Canadian country artist High Valley (“She’s With Me”) and pop artist Vertical Horizon (“Everything You Want”) are among the additions.

Disney has modified the blockout dates on the lower level Annual Pass tickets.

The Silver Pass and Weekday Select Pass for Florida residents is now good for entry through June 29 2018. The summer blockout was originally set to begin on June 4 2018.

Following the summer blockout, both tickets are then good for entry beginning August 10 2018.

Disney has announced that Annual Passholders will get exclusive access to Toy Story Land on select dates in September. 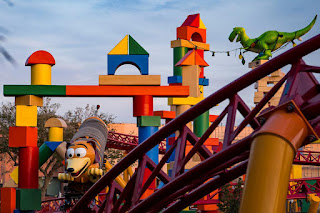 The opportunity will be available to Gold, Platinum, Platinum Plus and Premier Passholders, and attendees will get exclusive access to Slinky Dog Dash, Alien Swirling Saucers and Toy Story Mania!

Advance registration will be required—so be on the lookout for an event invitation with registration details in your email. If an eligible Passholder would like to register a Guest to accompany them, that Guest must also have a valid Gold, Platinum, Platinum Plus or Premier annual pass, be listed on your Family & Friends list and have opted to share “All My Plans” with you. Event capacity is limited and is subject to availability.

Gold, Platinum, Platinum Plus and Premier Passholders must pre-register by making an online reservation for ONE event. There is no additional charge for this event. Valid annual pass and photo ID required at check-in. Activities and attractions are subject to change without notice.

It is with a sad heart that I report the passing of a legendary Walt Disney World Castmember. Richard Gerth passed away earlier this week after a battle with pneumonia. 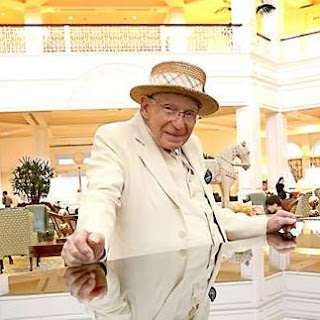 To many, myself included, Richard was as much a part of Walt Disney World as Mickey mouse. Words can not express how much he will be missed.