A Guide to Meeting the Princesses at Walt Disney World

February 25, 2016
One of the best experiences at Walt Disney World is meeting your favorite characters and Disney royalty. Autographs from the Princesses are my daughter's most cherished souvenirs. 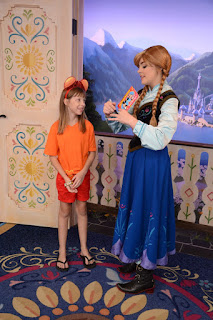 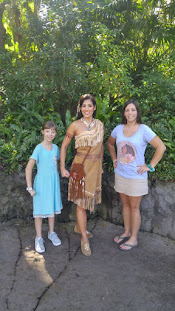 Disney restaurants with multiple princesses: Akershus Royal Banquet Hall (ARBH) in the Norway Pavilion of Epcot, or at Cinderella’s Royal Table (CRT) inside the castle at Magic Kingdom. The Princesses who appear at these restaurants may vary. They make their way around to every table, spending time with each guest, and signing autographs.

Here are the Princesses' Current Locations*:

Jasmine - Epcot's World Showcase, in the Morocco Pavilion, and also at the Magic Kingdom in Adventureland where she appears with Aladdin near the Magic Carpet Ride, and occasionally at CRT and ARBH.

Ariel – Magic Kingdom in Fantasyland where she appears in mermaid form at Ariel’s Grotto, and occasionally ARBH and CRT in human form.

Cinderella - Magic Kingdom's Princess Fairytale Hall, and also Disney's Grand Floridian Resort & Spa, where she appears at the 1900 Park Fare dinner with her Prince, Step Mother and Step Sisters, Anastasia and Drizella. Occasionally, she appears at ARBH too. 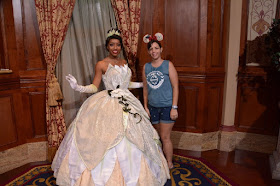 Moana- She has been only appearing at Mickey's Very Merry Christmas Party in Adventureland.

Merida – Magic Kingdom, on the path next to the castle in Fantasyland. Find Merida just before the Cheshire Cafe.

Aurora –  At Magic Kingdom she will usually meet in Princess Fairytale Hall. She is typically at CRT and ARBH. She has on rare occasion been spotted in Epcot's, next to Journey Into the Imagination and occasionally in the France Pavilion in the gazebo.

Pocahontas – In Animal Kingdom, you can find her on Discovery Island.

Anna & Elsa – They meet together in Epcot in the Norway Pavilion near the Frozen ride.

Belle – Magic Kingdom's interactive story time attraction, Enchanted Tales with Belle, and Epcot's Norway Pavilion at ARBH. She greets guests in her yellow ball gown before dinner. Also, in Epcot she appears in her blue provincial dress along the lake between America and France.

Tinker Bell - (Do fairies count too?) Magic Kingdom's Town Square Theater is where you can meet Tink.

Mary Poppins - (not a Princess, but we love her anyway) She has been spotted in Liberty Square near the bell, in the lawn of the Castle hub bear Crystal Palace, and at Epcot's UK Pavilion. She also appears at Disney's Grand Floridian Resort & Spa's 1900 Park Fare.

See your favorite Princesses at these other locations: 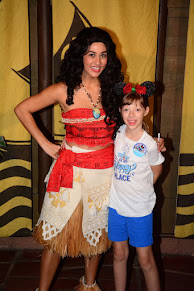 *Please note that due to COVID-19, the princesses are taking a break from their duties of meeting guests in the parks and at the restaurants as of January 2021. These locations are subject to change at any time. Check the Times Guide in each park to verify character meet and greet locations.

Summer Squires
Summer fell in love with the Disney Parks on her first visit and knew she wanted to help others experience the magic there and save money. You can email Summer at summer@kingdomkonsultant.com.