If someone were to ask “What are your top 10 favorite rides in all of Walt Disney World?” would you be able to answer?   I could immediately start listing my “must-dos,” but my list quickly would go well above 10.  Who can really choose a favorite?!  I made my list and soon came to the realization that I could not condense it any more.


Staring at my list repeatedly, I concluded that I needed some input.  I conducted a highly unscientific poll of some of my fellow agents at Kingdom Konsultant Travel.  After reading everyone’s lists, I was ecstatic to finally have a finished “favorites” list.


I am pleased to share with you the Kingdom Konsultant Travel’s Top 10 Favorite Rides!  Let the countdown begin! 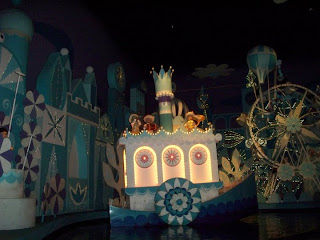 10.  it’s a small world"It’s a world of laughter, a world of tears . . . .” well you know the rest.  And if you don’t, you will be humming it all day after taking this nostalgic boat-ride.  This ride offers over 300 brightly-colored costumed dolls singing and dancing in international unison.  Each continent depicted in amazing detail.  Sit back, relax and sing along! 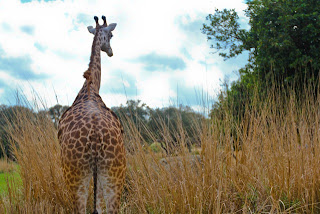 9.  Kilimanjaro Safaris®
Let’s next set our sights on a two-week safari through the Harambe Wildlife Reserve in East Africa.  Climb aboard “Simba 1” and listen to your guide as he takes you through a journey to see antelope, gazelle, and okapi – just to name a few!  It is said to enjoy this bumpy ride early in the morning while most of the animals are feeding.  If you are lucky enough, some animals are within reaching distance, so get those cameras ready! 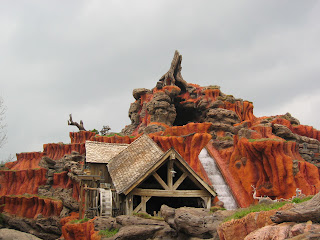 8.  Splash Mountain®Step into an eight-passenger log and be whisked back in time to the 1946 Disney classic Song of the South.  As you float along you will see characters from the movie depicting some of the classic scenes.  Although this ride may seem innocent, beware.  As in all movies, there are ups and downs, and when I say downs I’m talking a 52-foot drop.  Be prepared to get wet! 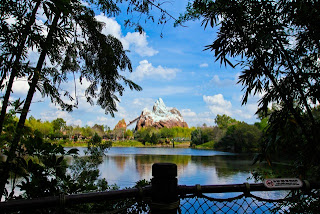 A trek up the “Forbidden Mountain” on a train, to encounter a Yeti?  Why not?!  Enjoy this high-speed coaster full of twists, turns and drops.  Best part?  It also goes BACKWARD!  While most of this ride is in the dark, be sure to look up to see the Yeti whenever you can.  I found that if you want a more intense ride, choose the right side, and for a calmer ride choose the left side. 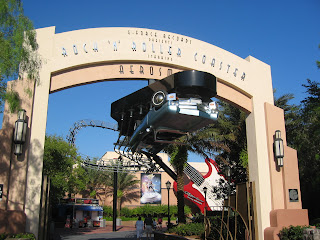 6.  Rock ‘n’ Roller® Coaster Starring AerosmithWant to go to an Aerosmith Concert?  They have invited us to join them in their SUPER-stretch limo!  Rock out to Aerosmith’s special soundtrack as it begins to play in your headrest.  3…2…1---BOOM!  Zero to 60 mph in 2.8 seconds into an immediate inversion and enveloped in darkness with only road signs and neon lights leading your way.  A couple of turns and corkscrews later, you arrive!

5.  Toy Story Midway Mania®Switching gears to embrace your competitive side as you try to rack up the highest score with some of your most beloved characters from Toy Story.  Enjoy 5 mini-games, as each of you start “throwing” pies, eggs, darts, rings and baseballs by aiming and pulling the cannon style lever.  Highest score of the day will be posted on a board at the end of the ride! 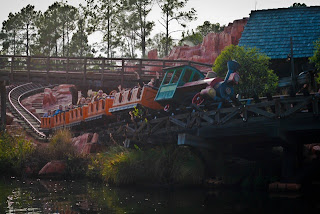 Make your way up a bronze-colored hillside, passing by mining gear on your way to the train station.  Go back in time to an old western mining town via a runaway train.  Be prepared for a ride that is both mild and wild with its twists, turns and rickety rails!  Most importantly, check out the scenery and see if you can spot the man in a bathtub.  “Hang onto your hats and glasses ‘cause this here’s the wildest ride in the wilderness!”


3.  Pirates of the Caribbean® 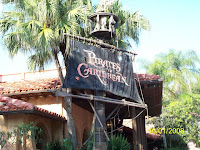 The sounds of “Yo ho, Yo ho! A pirate’s life for me” can be heard while venturing through pirate caves, and you’ll catch yourself singing along as well.  Board ye vessel and plunge down a 14-foot waterfall where you will find yourself in the middle of a cannonball fight between 2 rouge pirate ships! Floating through some Caribbean ports, you will find pirates a plenty up to what they do best, drinking and pillaging.  Keep an eye out for Jack Sparrow! He can be found lurking in several places throughout the ride…can you find them all? 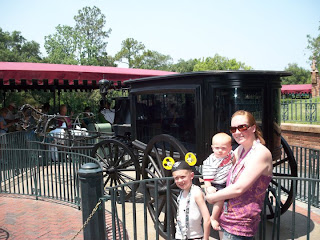 
Pass by an invisible phantom horse and hearse before entering a round stretching room.  (When the lights go out, be sure to look up to see a body on a noose hanging from the ceiling.)  Make your way to your “doom buggy” where you will be taken on an adventure of several different rooms full of spooks and ghosts.  Keep your senses active as there is ALWAYS something going on around you. Stay seated as there are 999 happy haunts and they are always looking for one more!  Beware of tormenting hitchhikers!


We have visited Africa, the Caribbean and even tampered with the 999 haunts.  But the favorite ride from our Kingdom Konsultant Agents is… 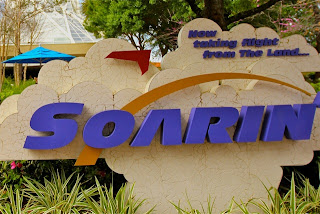 1. Soarin’™
Your flight aboard “Flight 5505” will immerse you with smells, sights and feelings as you ”soar” over California.  40 feet in the air in front of an IMAX screen, you start your journey above the clouds over The Golden Gate Bridge.  The uplifting instrumental soundtrack will bring tears to your eyes as you see some of the most inspirational sights California has to offer.  Begin kicking your feet as you see kayakers roaming down a river between tall pine trees.  From being eye level with hot air balloons and skiers on the tallest peak of a snow-covered mountain, your senses come alive with the smells of pine and orange groves.  The power of waterfalls, fighter jets and the ocean will have your hair blowing in the wind before the grand finale at Disneyland.  Fly down a shimmering Main Street before being greeted by Tinkerbell and the fireworks filling the sky.

How many of these are on your Top 10 Favorite Rides?  I’d love to hear your list of favorites and why you love them!