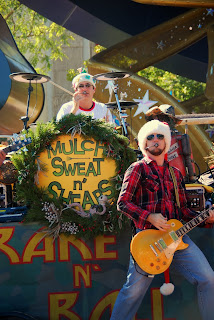 Resort reservations- check. Park tickets- check. Dining reservations- check. Fastpass Plus, Photopass, Park Hours, Special Events- check, check, check, and check. A Walt Disney World vacation is a lot of fun to plan and prepare for- and you may think that you’ve thought of everything. But there is one category that often gets overlooked, and should not be missed: Live Entertainment.

Upon entering a park, most people will pick up a Park Map and Times Guide. Even seasoned veterans grab these out of habit and nostalgia- who doesn’t love the feel of a freshly printed Times Guide, made especially for your vacation? Besides park and attraction hours, these also list the scheduled times for live entertainment and shows not included inside attractions. Some things are not listed on any schedule, so it is best to keep your eye open. 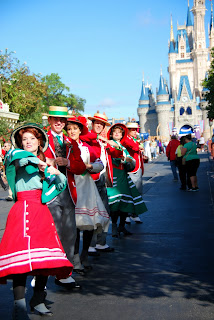 There really is such a huge variety available that I couldn’t list them all. Here are a few of my favorites.

Main Street Trolley Show, Magic Kingdom.
You walk up to the Magic Kingdom, enter under the train station, and fight back a tear when Cinderella’s majestic castle appears from around the corner (which is just about the same time that the “walk” turns into a “skip”). Just when you think your morning can’t get any better, you hear the happy music of the Main Street Trolley Show welcoming you home. Singing and dancing “right up the middle of Main Street USA,” this is a great show that sets the tone for the magical day about to start. 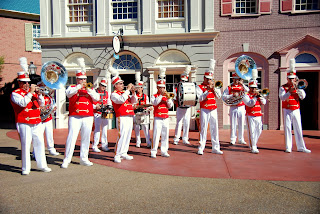 This turn-of the century brass and percussion band features 12 talented musicians playing fun ragtime music with a few classic songs from Disney movies. I love to watch this ensemble- these are performers who really enjoy what they do and put a lot of love into their music. They can be found at various times throughout the day, on Main Street, in Liberty Square, and now in Storybook Circus. You can also catch them at the daily flag retreat in Town Square. 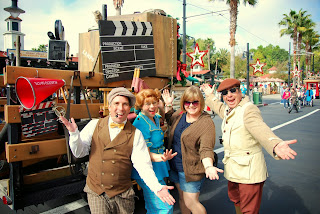 Throughout the day, the “Hollywood that never was” is host to a wide variety of characters that never were- but are essential to the Hollywood story. Up and down Sunset and Hollywood boulevards, you can catch the Citizens of Hollywood performing skits and interacting with the crowd. These are very funny and entertaining, and often involve a lot of guest interaction and improvisation. You might find yourself as the next big star for a famous Hollywood director, or answering phones for a pushy diva. These happen all throughout the day, so if you see a show about to start, it is definitely worth a few minutes of your time to stay and watch. Most characters also love to give autographs and take pictures- so stick around! 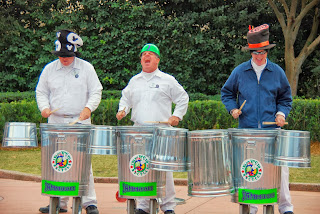 Where else but WDW would something as simple as trash cans become so entertaining?  If you’ve never experienced the rhythmic talents of Epcot’s favorite janitors, you need to check them out! Located in Future World, this percussion trio makes music out of trash. They also often have stickers to hand out to little ones- this is  definitely something to add to your list of things to see next visit. 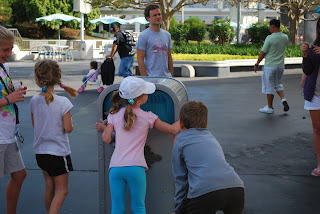 PUSH
Speaking of Magical trash cans- have you met PUSH? He moves, he talks, he asks for hugs- he can do just about everything you would expect an enchanted Disney trash can to do. You can find him in Tomorrowland in the Magic Kingdom throughout the day. 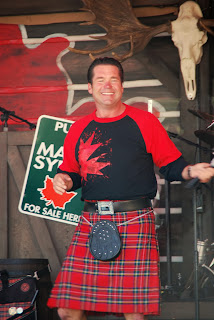 Men in Kilts, playing bagpipes and rocking out to Celtic music. These guys have one of the largest fan followings of any WDW entertainers- and once you hear them, you’ll know why. Located in the Canada pavilion at Epcot, this is just one of the many musical groups you can find in the World Showcase. Their performances can often be heard halfway around the World Showcase Lagoon- but you will definitely want to stop and check them out up close. As with much of the entertainment around the World Showcase, they only perform 5 days a week- so you will want to plan ahead accordingly. 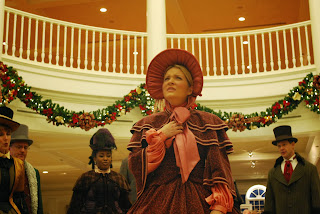 Just a few countries away in the American Adventure pavilion, you will find a more subdued and elegant form of entertainment. The Voices of Liberty is a majestically talented a cappella group that performs American classics. You can find them many times throughout the day inside the rotunda. The acoustics are perfect for this 8 person group, and the beautiful sound will have you swelling with American pride. If you are visiting during the Christmas season, their show will include many holiday classics. 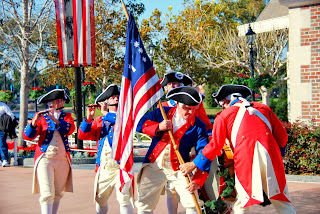 Just outside the American Adventure pavilion, you can find this colonial military corps performing a short show. The group, composed of 2 flutists, 2 drummers, and a flag bearer, salutes America’s heritage with traditional patriotic music. 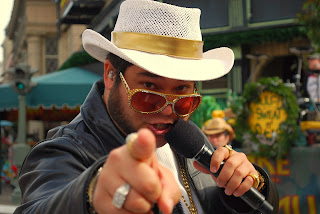 Another favorite among fans is the group of musical landscapers who can be found rocking along the Streets of America (they can occasionally be found by the Sorcerer’s Hat as well). They perform covers of favorite classic rock songs- with influences from the Rolling Stones, Queen, Aerosmith, and the Beatles- just to name a few. This is another group that obviously loves what they do (they perform together outside of WDW as well).  You definitely want to watch them at least once- they have a few different 25 minute sets. You may even be asked to join in; their performances feature a lot of guest interaction.

These are just a few of my favorites- you can find much more live entertainment throughout Walt Disney World. It is definitely worth your time to seek it out on your next visit- take a few minutes to relax and enjoy the show!