March 24, 2014
Military life can be hard.  Nobody knows that better than the children of a deployed serviceman.  And the longer the deployment is, or the more frequent they come, makes everything even harder.  Our family spent about half of the last three years with my husband deployed, with the last deployment being a year long.  By the end of it, we were all exhausted.

During that year he was gone, we didn’t stop our lives.  We were involved in our homeschool group, traveled to gymnastics meets, and continued to be foster parents.  Thankfully, we lived in Florida, and we had purchased Annual Passes right before we found out my husband was deploying.  The kids and I ran away to Disney as often as we could so we could enjoy the magic.  By the time August came, though, we were done.  The end of the month seemed like it would never come.  We just wanted my husband home.

Then he called.  He told me he would be getting home three weeks early.  We had already planned on taking the kids to Disney once he was home, so we decided to surprise them.  I immediately reached out to my dear friend, Mindy Engstrom, who works at The Brown Derby.  She put us in contact with the cast of the Indiana Jones Epic Stunt Spectacular! Show, which helped me plan the perfect surprise reunion. 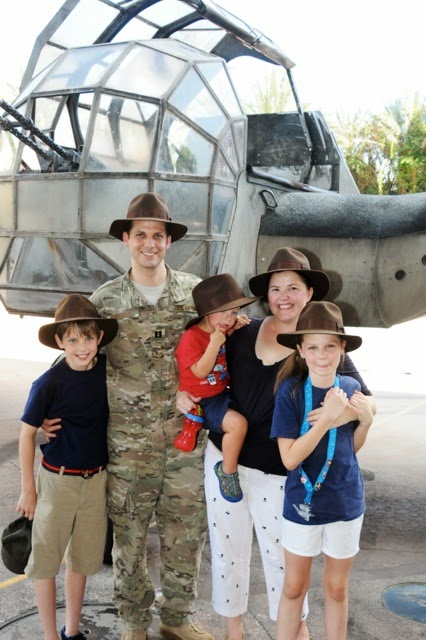 It wasn’t hard to sell the kids on a last minute trip to Disney World.  We loved being able to go at the spur of the moment.  On the big day, we met my friend, who took the older kids for the morning.  They had a fantastic time touring Disney’s Hollywood Studios with her while the little one and I met my husband at Disney’s Animal Kingdom Villas – Jambo House, where we would be spending our trip.

After lunch, we headed over to Disney's Hollywood Studios, where we met a representative from the Indiana Jones show.  My husband went with her, and the little one and I met the big kids in front of the theater.  We approached a cast member, and I gave my name.  The cast member turned to the big kids, and told them they had been selected to be the Junior Directors.  They led us to a special seating area, where we met the photographer and videographer Disney provided for the occasion.

As the show began, I could barely keep back my tears.  Our surprise homecoming was caught on video. If the video doesn't appear for you below, you can check it out by clicking here. 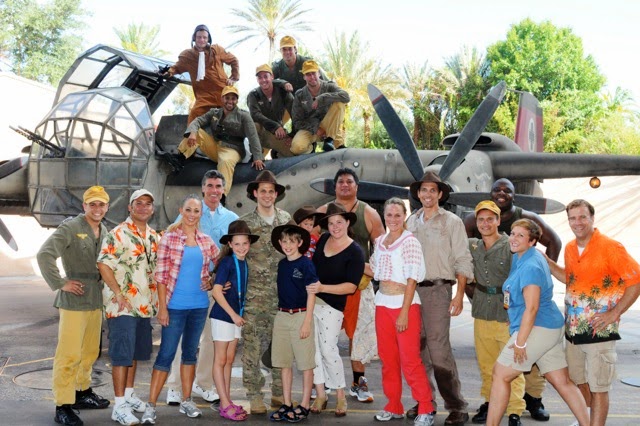