May 13, 2014
There are so many sights to see at each port on a Disney cruise, it can be difficult to decide which excursion is right for you.  I spent many hours looking at the price and description of each excursion before our 7 Night Western Caribbean Cruise to try to find the right excursions.  If you are looking for an excursion that shows you the sights and sounds of Grand Cayman from the comfort of an air-conditioned bus, the Grand Cayman Island Tour just might be the excursion for you!

The excursion begins with boarding a tender boat to the dock.  If you have never been to a port that requires tendering, it’s when the ship can’t pull directly up to the dock, so guests must board small boats that provide transportation between the ship and the shore.  After the quick trip to the dock, you are split into groups of approximately 18 people and placed on buses to begin the tour of the island.

As we made our drive around the island, our driver pointed out different landmarks and provided us with facts about each destination.  We made brief stops at the Old Homestead, the Governor’s Mansion, and the Seven Mile Beach.  We didn’t get to disembark the bus at any of these stops so if you want a better view, I suggest sitting on the left side of the vehicle.  Sadly, I was on the far right side of the vehicle so I had to take pictures of these stops over the heads of the guests to my left.

Our first stop on the tour was the Cayman Islands Turtle Farm where we were given approximately 30 minutes to walk around on our own and see the turtles.  This was the destination I was most excited to see and it did not disappoint.  They have the turtles separated by age, with the older turtles in the breeding pond.  The breeding pond is home to green sea turtles that have matured and are at the age to start reproducing; which I learned is usually at around 16 years of age.  We made our way around the facility and saw turtles at varying ages. 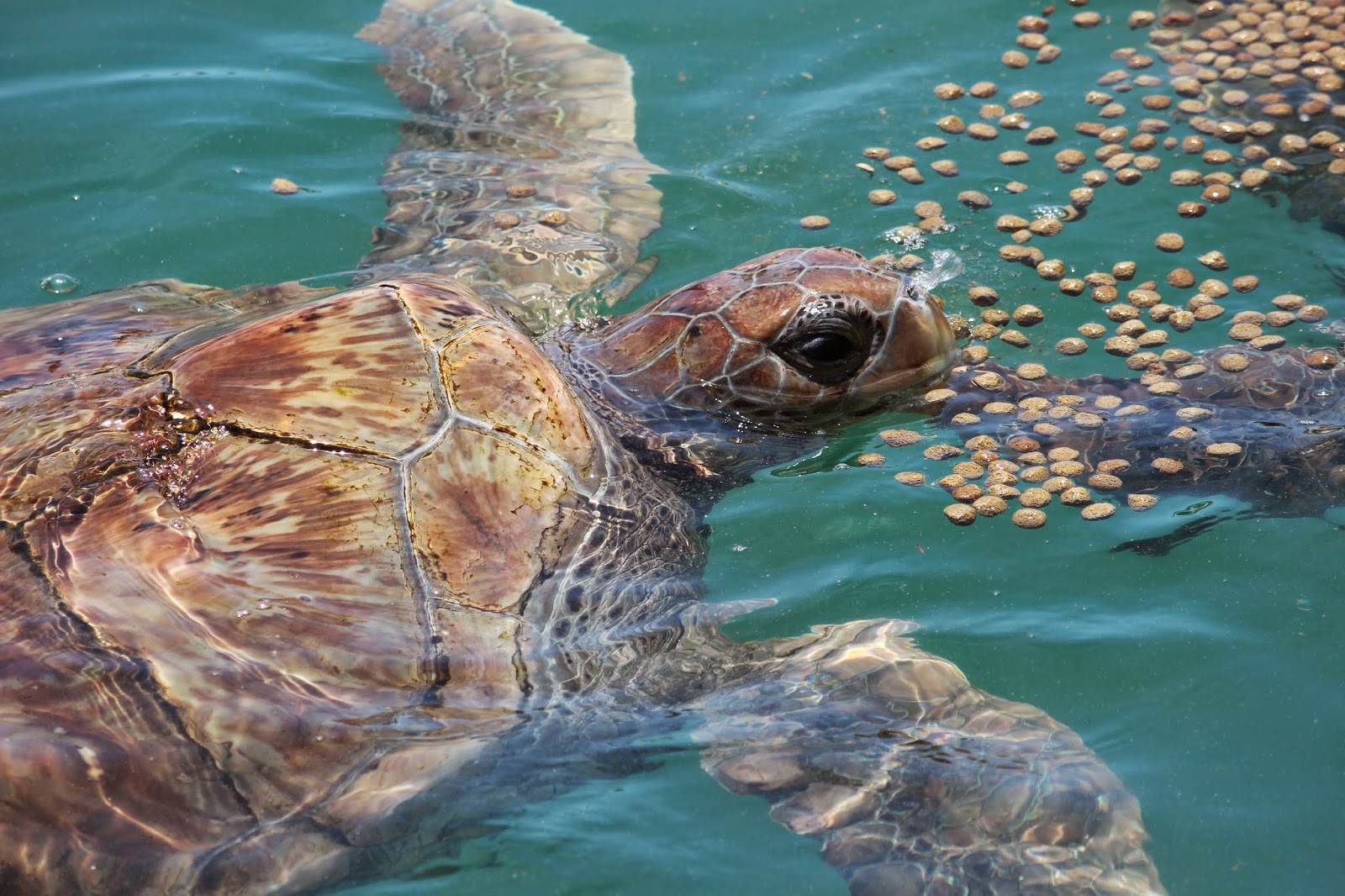 They also have turtle touch tanks where you can touch and pick up one year old turtles!  The turtles were a little difficult to pick up.   They were pretty fast and you would have to wait until they came close to the side to be able to get a hold of them.  For the safety of the turtles, you had to hold the turtles over the water.  They also had wading pools where you could go into the water with the turtles. 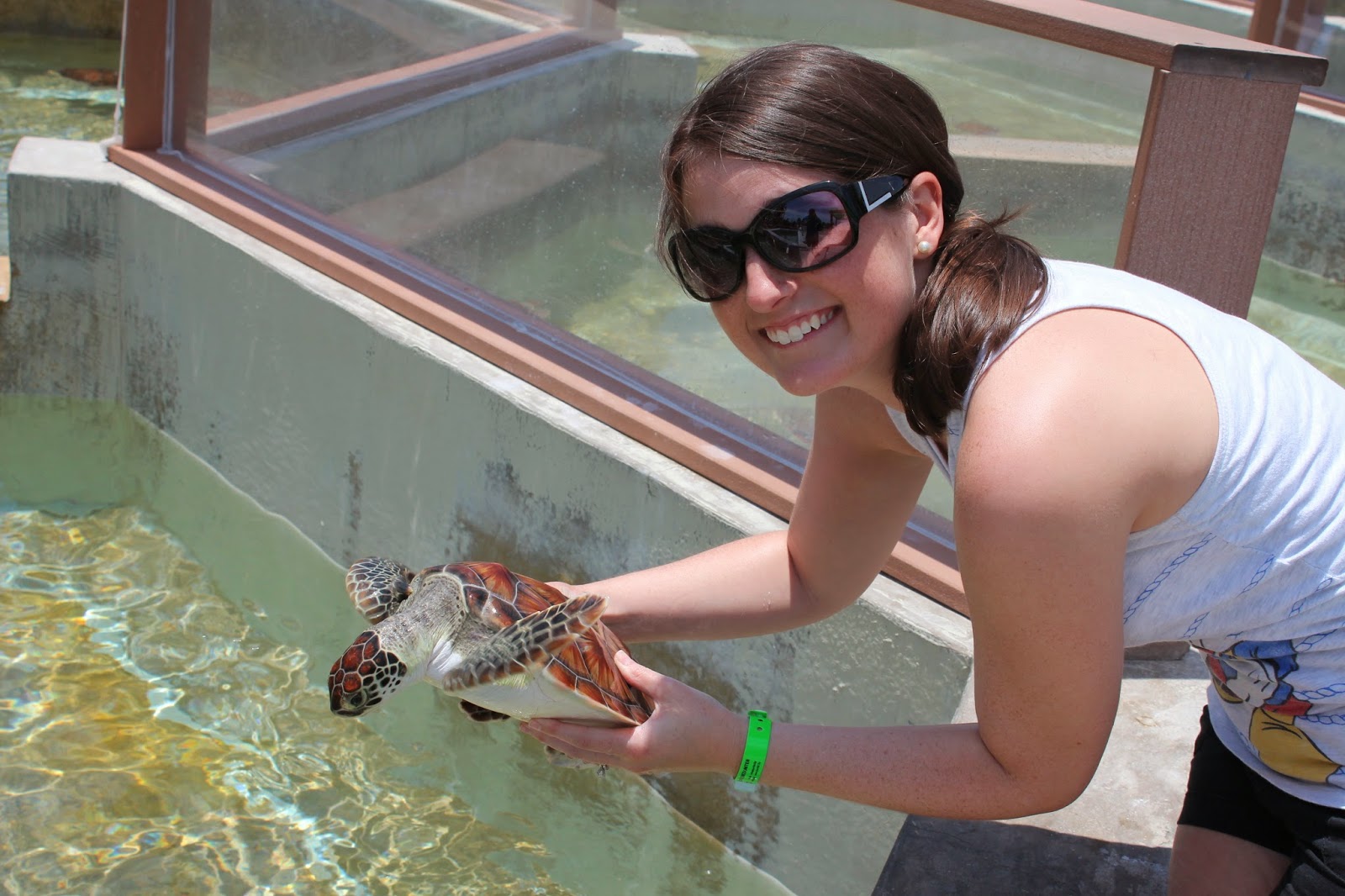 The turtle farm has a bar and grill where you can enjoy drinks and food, as well as a gift shop where you can buy all kinds of souvenirs, just make sure you remember to bring cash and/or credit cards.  My husband and I were so used to charging everything to our room key on the ship, we totally forgot to bring any cash with us on the excursion.  Oops!  Don’t make the same mistake we did.


The next stop on our tour was Hell.  It’s not as bad as you think! :) Hell is actually the name of a little district that gets its name from black rock formations that look like, well…hell!  The formations are estimated to be 1.5 million years old.  In addition to the rock formations, you can also visit the Hell Post office to send a postcard to your friends from Hell.  They have a few gift shops, as well, where you can purchase all kinds of gifts with sayings like “Greetings from Hell!”  You are given 20 minutes to explore.

The excursion lasts around 2 to 2.5 hours and is available to all ages.  We thought the amount of time for the tour was slightly longer than needed.  We didn’t feel like we needed so much time in Hell (Ha. Ha. Puns are great!), but maybe if we had money to buy souvenirs or snacks, we would have enjoyed it a little better.  The turtle farm was great and to me, that in itself was worth the cost of the excursion.  If you want to get a quick view of the island for a reasonable price with some stops at popular island destinations, I recommend checking out the Grand Cayman Island Tour.