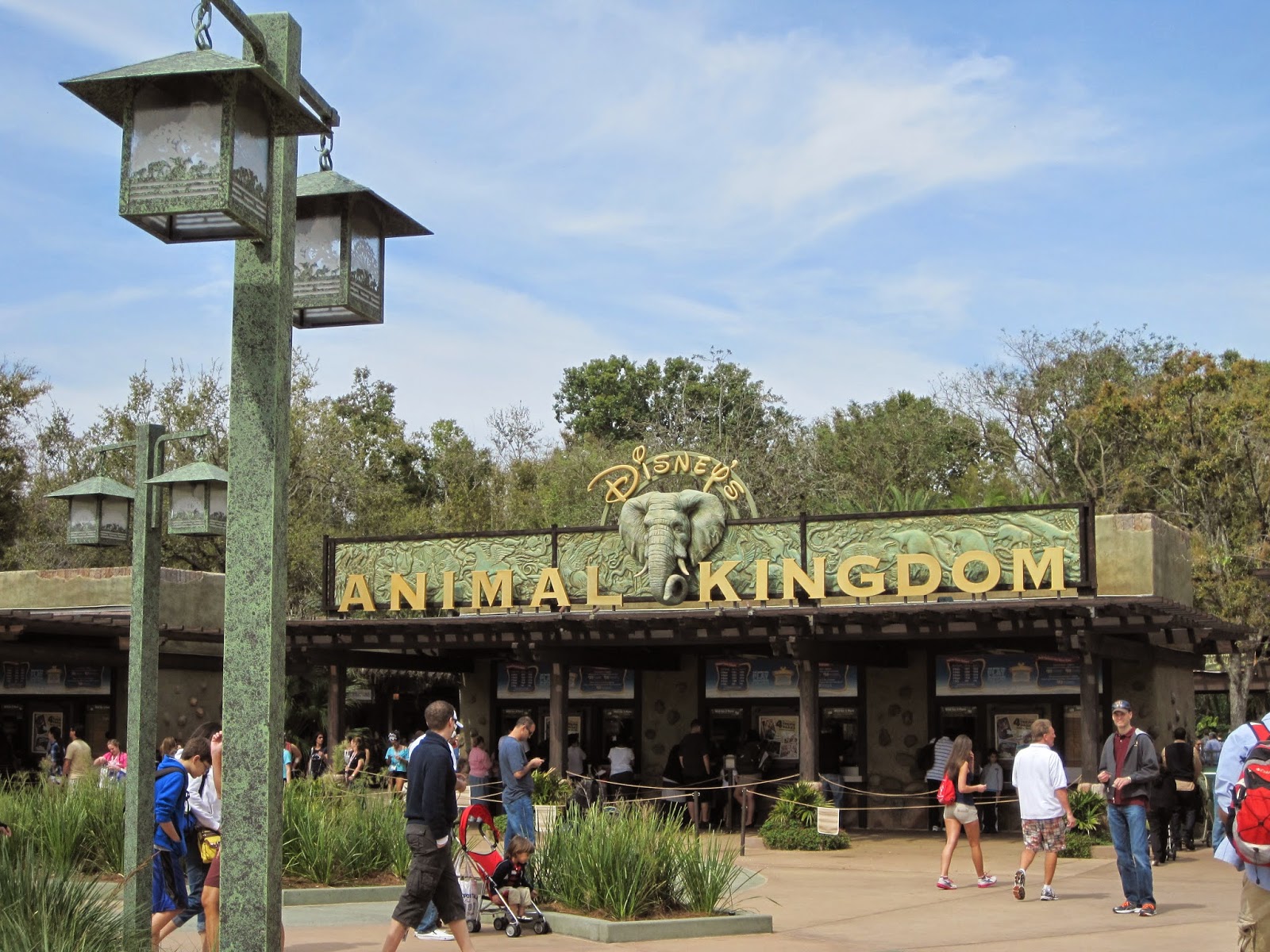 Disney's Animal Kingdom park was the last of the four Florida parks to open in 1998 and offers, by far, the most unique park experience.  Although it may not have as many attractions as the other parks, Animal Kingdom's 500 acres are jam packed with exquisite details and theming!  The park is currently home to 7 lands: The Oasis, Discovery Island, Africa, Asia, DinoLand, U.S.A., Rafiki's Planet Watch and Pandora - The World of Avatar.

While visiting Animal Kingdom, you can encounter exotic animals from all over the world and learn a little something while you do!  The park is dedicated to conservation and is committed to animal care, education and research.  There are plenty of things to see and do while visiting the Animal Kingdom but here are my top ten Must Do's that aren't to be missed! 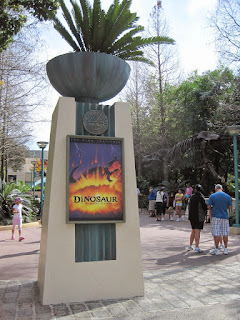 10. DINOSAUR
Head over to DinoLand U.S.A. for a prehistoric journey through the Cretaceous period on DINOSAUR.  I really enjoy this attraction, especially the humorous pre-show complete with Phylicia Rashad as Dr. Marsh and Wallace Langham from CSI as the rule breaking Dr. Seeker.  The on ride picture can be pretty hilarious too, especially if you are in a Time Rover with someone who has never been on the attraction before!  I wouldn't recommend this attraction for children or adults who may be frightened of the dark, loud noises or hungry, carnivorous dinosaurs.

9. It’s Tough to be a Bug
It's Tough to be a Bug is Disney magic at it's finest!  Guests are made honorary bugs and reduced to bug size to enjoy this 3D show located inside the Tree of Life.  Between the 3D effects and 4D surprises, you almost forget that you aren't a bug!  This attraction is definitely too scary for young ones and may even be too scary for some skittish adults!  If you aren't scared of spiders, hornets or 3D objects flying at you, then this attraction is great for a good laugh at the other honorary bugs' reactions to the show!  The audience leaves the show really understanding why "it's tough to be a bug!" 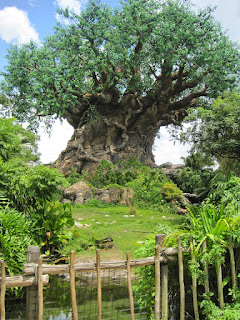 8. Tree of Life
The centerpiece and symbol of Disney's Animal Kingdom, the Tree of Life stands 145 feet tall and has over 300 carved animals throughout it's trunk. You could literally spend hours examining all of the details in each animal! Take a self guided tour along the Discovery Island Trails to get a better glimpse of the tree and encounter wildlife along the way. 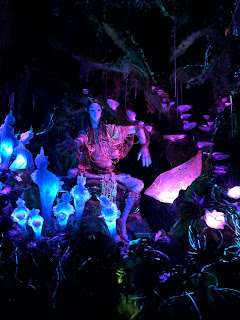 7. Na'vi River Journey
If you're looking to be transported to the heart of Pandora, this attraction is a must do! Guests can take a visually stunning journey by boat through Pandora's bioluminescent rainforest. This attraction has no height requirements so it's a great option for young kids who aren't tall enough to ride the other major attraction in Pandora, Avatar Flight of Passage.
6.  Take in the Details
The details in this park are simply amazing!  From the details of bicycle tire prints and footprints in the walkways in Asia, to the jeeps packed with gear to take you on your safari in Africa, this park is full of such intricate details!  It is so easy to fly by these wonderful details as you are running from attraction to attraction but really take the time to look around.  The Imagineers did a tremendous job building the stories of this park and it's worth slowing down to check them out.  This park is also full of Hidden Mickeys so make sure to keep your eyes peeled! 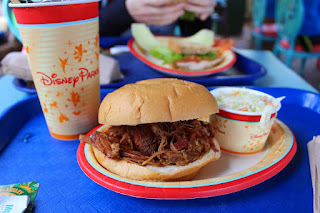 5. Flame Tree Barbecue
It's not an attraction but it is a Must Do dining experience when visiting the Animal Kingdom!  Flame Tree Barbecue is a quick service restaurant in Discovery Island that offers items such as ribs, barbecue chicken and pulled pork sandwiches.  It's a great alternative than your traditional burgers and hot dogs that can be found throughout the parks.  Not that I could every get sick of burgers and hot dogs but it's nice for something different every now and then!  What I love, almost as much as the food here, is the view of Expedition Everest from the seating area. 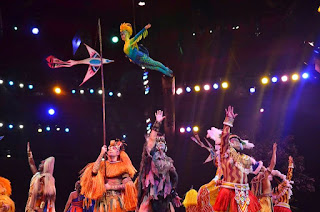 4. Festival of the Lion King
This Broadway style show is a must see! The show officially opens again on May 15th and we're so excited this show is back! Located in the Harambe Theatre in the Africa section of the park, the show is filled with your favorite songs from The Lion King.  It's a spectacular performance full of singing, dancing, acrobatics and aerial performances!  The audience is given the chance to participate in the show by performing various animal calls and kids can join the performers and dance around the stage! 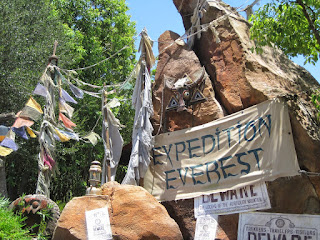 3. Expedition Everest
If you love roller coasters, then Expedition Everest is a major Must Do!  There's nothing like riding as soon as the park opens to wake yourself up in the morning!  This is an attraction where I actually don't mind waiting in the standby line because there is so much to see and it's wonderfully themed.  As you make your way through the queue, you discover the legend of the Forbidden Mountain and the Yeti that protects it.  When you reach a part of the track that is broken, what comes next is sure to leave people either laughing or screaming!  It's quite the thrill and a major Must Do! 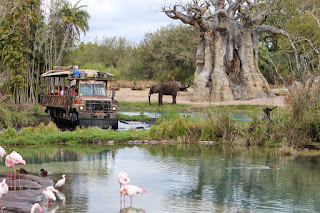 2. Kilimanjaro Safaris
This attraction embraces everything that Animal Kingdom represents and is a great way to go on an African safari without traveling to Africa.  Guests board open-air vehicles as they enter the Harambe Wildlife Reserve filled with giraffes, elephants, lions, zebras and more!  I find that sitting on the left side of the vehicle offers better views of the animals and is better for taking pictures.  It's worth mentioning that it can be a bumpy ride and the drivers won't stop for pictures so hold on to your cameras and have them ready!  This attraction is not to be missed! 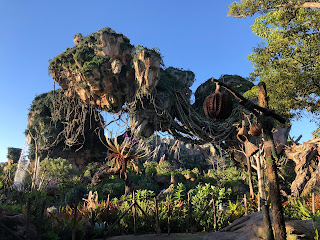 1. Avatar Flight of Passage
The number 1 Must Do at Disney's Animal Kingdom is Avatar Flight of Passage! This attraction is truly one of a kind. You'll board a winged mountain banshee for a breathtaking 3D flight over Pandora's landscape. It's a truly wondrous experience to transform into a Na'vi and fly on a banshee! Wait times for this attraction can be long but it's definitely worth the wait. It's a major must do attraction, especially if you've never experienced it before.
Honorable Mention - Wilderness Explorers
So, technically this is the Top 11 Must Do's but I couldn't leave this fun activity off the list! If you are a kid or a kid at heart who loves the movie Up, then you are in luck!  Join the Wilderness Explorers and earn merit badges as you explore the park.  Who doesn't want the chance to say the Explorer call every chance they get?!  Caw Caw Roar!  You can also meet the adorable Russell and Dug at their Wilderness Explorers Club House on Discovery Island* and take a... SQUIRREL! 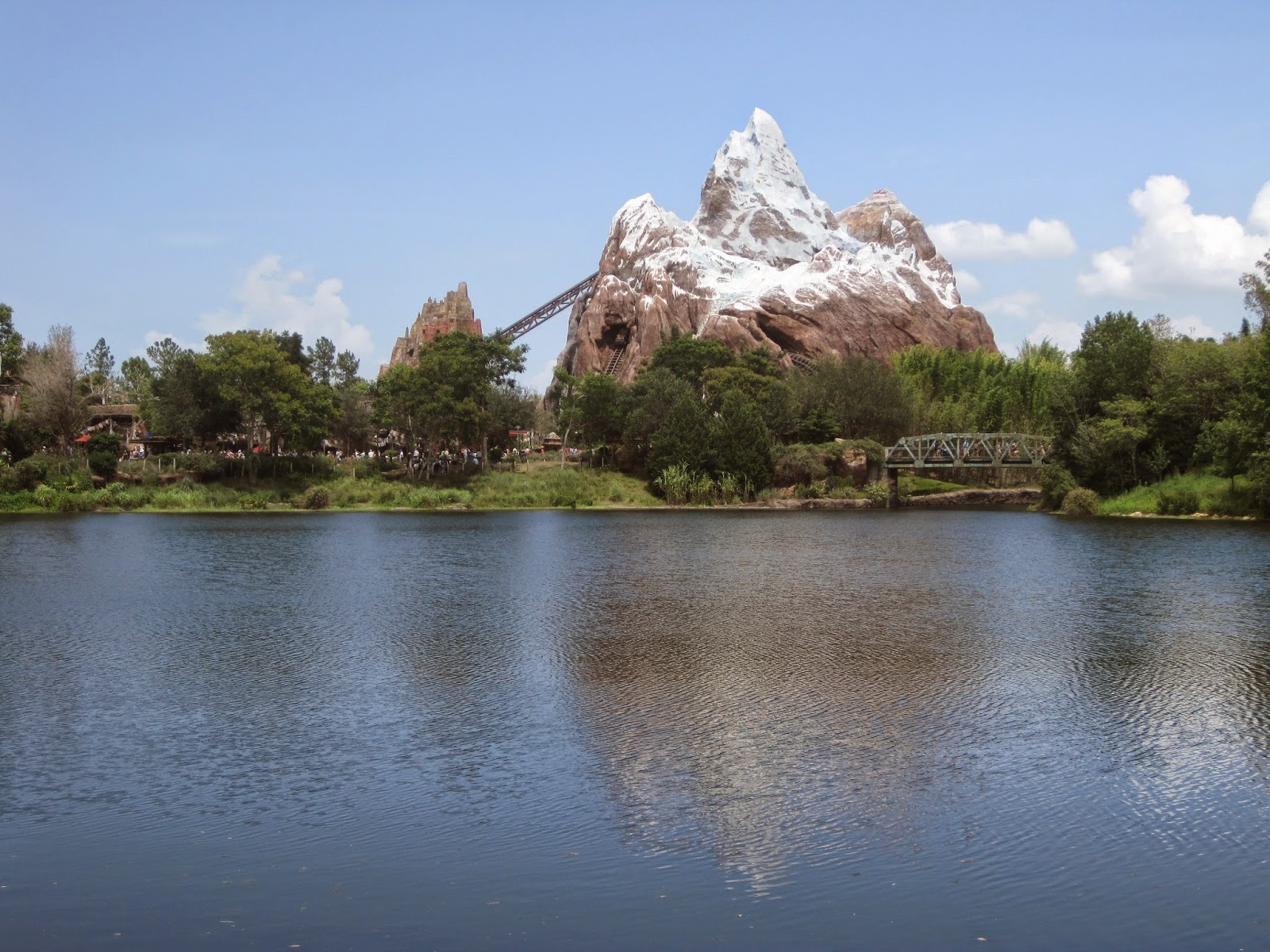 As you can see, Disney's Animal Kingdom is a park filled with unique experiences.  From thrill rides like Avatar Flight of Passage to educational encounters with exotic animals on Kilimanjaro Safaris, the park offers something for the whole family.  The park is more than just a park to visit for a half day. It's meant to be explored!  Whether a first time visitor or a veteran of the park, these Must Do's will get you started on a fantastic day in Disney's Animal Kingdom park!