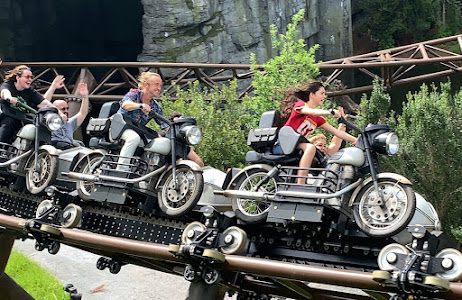 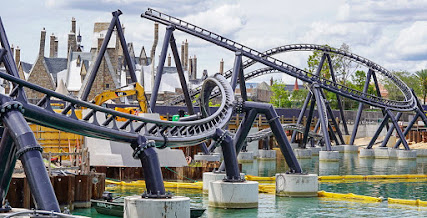 I have compiled a list of 10 must-do tips on how to maximize your Universal Orlando vacation.

10. Express Pass - Universal's Express Pass let's you skip the regular line for many attractions. It comes in two forms, Unlimited, or once per ride. You can add the Express Pass Unlimited to your tickets. If you stay on-site at one of Universal's 3 Premier Hotels, you get the Universal Express Unlimited Pass free with your stay! These hotels include Hard Rock Hotel, Loews Portofino Bay Hotel, and Loews Royal Pacific Resort. Universal's Cabana Bay Beach Resort, Universal's Aventura Hotel, Endless Summer Resort and Loews Sapphire Falls Resort do not offer this perk. I highly recommend having it, especially with kids, or if you're going in the summer.
9. Early Entry -  Early Entry is a privilege only for guests staying at a Universal Resort hotel. You can enter the parks one hour before opening, and ride the big attractions such as Harry Potter and the Forbidden Journey before the lines get very long. It was so nice being there at Early Entry, hardly anybody in the parks makes for great photos!

8. Meal Plan -  Purchasing either the Quick Service meal plan or the Table Service plan can save you money on food in the parks. You can add it on to your package. There are some great quick service restaurants in the parks such as the Harry Potter themed Three Broomsticks at Islands of Adventure and The Leaky Cauldron at Universal Studios Florida. 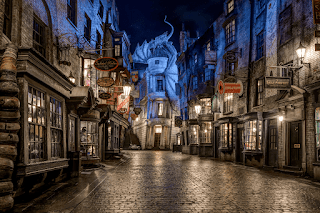 7. Water Taxis - If you are staying on Universal property at Hard Rock Hotel, Loews Royal Pacific Resort, Loews Portofino Bay Hotel or Loews Sapphire Falls Resort, the water taxis are an excellent way to get back and forth from your hotel to Universal Studios Florida, Universal's Islands of Adventure, or Universal CityWalk.  They take you to CityWalk and then you can walk into the desired park of choice, but both parks are a very short walking distance from where the boat dock is located at CityWalk. You will go through a security check point before boarding the boat, so make sure to leave a few minutes for that. Everything is so close together, you can either walk to the parks, or take the shuttle bus.

6. Club Level - Upgrade your room to Club Level to enjoy the benefit of snacks and drinks in the lounge.  The concierge staff will answer any of your questions, give you bottled water, and even print your boarding passes for you. We loved their fresh baked cinnamon rolls! Also during breakfast hours there were bagels, danishes, croissants, and fresh fruit among other things. At night there were small appetizers and desserts such as cookies and cheesecakes.
5. Park Lockers and Metal Detectors - Each major thrill ride has free "digital" lockers located conveniently outside the entrance. They require ALL belongings to be stored in the free lockers, including cell phones, cameras and sunglasses on some attractions. The large rollercoasters such as The Incredible Hulk Coaster and Hollywood Rip Ride Rockit have metal detectors to ensure the safety of guests. Guests cannot ride if they set off the detectors. It's much easier and faster if you don't carry a purse, and just store your ticket, credit card, and dining card in a neck lanyard so you don't have to use a locker.


4. Coming soon! (Formerly Blue Man Group)
3. Hogwarts Express - The two parks are only connected by the train in the Wizarding World of Harry Potter known as the Hogwarts Express. The train takes "students" between Diagon Alley and Hogsmeade. You can only board the train with a Park-to-Park ticket as you exit the train in a different park. If you have a base ticket (one park per day) you cannot ride the Hogwarts Express. The ride itself is so impressive! It's very authentic to the Harry Potter movies. The ride experience is different each way too! 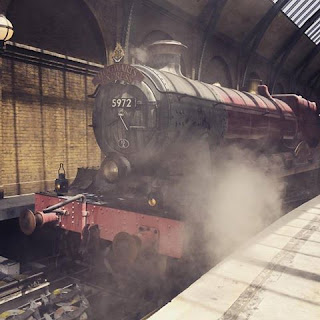 2. CityWalk - Universal CityWalk has so many shops and restaurants to check out. A favorite of the Kingdom Konsultant agents is Cowfish. It offers many varieties of burgers and sushi.  My kids love Toothsome's Chocolate Emporium too. CityWalk has so many unique stores, booths, and vendors. It also has street performers and a DJ to liven up the atmosphere. It's open later than the parks, so save it for nighttime.
1. Volcano Bay - The icon of the waterpark is the 200 foot Krakatau Volcano, complete with waterfalls and volcanic eruptions! This is a THRILL park for sure! When it opened in 2017 it was home to 3 of the world's tallest slides. The Ko'okiri Body Plunge set the world record for tallest speed slide in the U.S. Your electronic bracelet called Tapu Tapu holds your place in line, so you don't have to freeze waiting for a slide. All Volcano Bay slides with rafts or tubes have conveyor belts, so there's no need to haul them up the stairs! 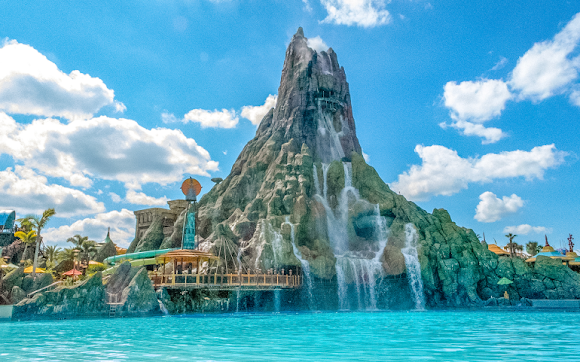 I no longer regard Universal as an "add-on" day to Walt Disney World, but a vacation in itself! There is so much to see and do here, that a 4-night stay is barely long enough!
*Temporarily closed due to COVID-19 safety guidelines.

Summer Squires
Summer's favorite Universal ride is Harry Potter and the Escape from Gringotts. She is a member of House Ravenclaw. Email her at Summer@kingdomkonsultant.com.

February 01, 2021
Meet Agent Beth in this week's Agent Spotlight!  Name: Elizabeth (Beth) Lewis Kingdom Konsultant Travel I specialize in…   Walt Disney World, Disney Cruise Line, Universal Orlando Resort Where do you call home? Alabama What was your dream job when you were 10 years old? To work with Orcas Why did you become a travel agent? I became a travel agent because I love planning vacations.   Favorite vacation destination? It’s a tie between Walt Disney World, Beach, and National Parks This or that: Walt Disney World or Disneyland: Walt Disney World Caribbean cruise or Mediterranean cruise: Mediterranean Mickey or Minnie: Oooh, a hard one. I love them both …. I will go with Minnie Monorail or Skyliner: Monorail Mickey pretzel or Mickey ice cream: Mickey ice cream Star Wars or Avatar: Star Wars Tomorrowland or Fantasyland: Fantasyland Rollercoaster or dark ride: Rollercoaster Rope drop or close down the park: Close down the park Mickey’s Not So Scary or Mickey’s Very Merry Christmas: Micke
Post a Comment
Read more

February 22, 2021
Meet Agent Mackenzie in this week's Agent Spotlight ! Mackenzie sailing the canals of Giethoorn, Netherlands Name: Mackenzie Kerste Kingdom Konsultant Travel Find me on… Facebook: @agentmackenzie Instagram: @agentmackenzie_ I specialize in… Walt Disney World, Disneyland, Disney Cruise Line, Aulani, Adventures by Disney, Disneyland Paris, Universal Orlando Where do you call home? East Bay Area, California! What was your dream job when you were 10 years old? I wanted to be many things… teacher, horseback rider, songwriter, and artist! Why did you become a travel agent? My mother is a travel agent, so you could say it runs in the family!  Favorite vacation destination? Anywhere in Europe, the cultures and architectures are beautiful. Bonus points if it’s a cruise! Mackenzie and her husband boarding the Disney Fantasy. This or that:  Walt Disney World or Disneyland: As a Californian native I’m supposed to say DL, but I actually love both the same! Caribbean cruise or Mediterranean
Post a Comment
Read more