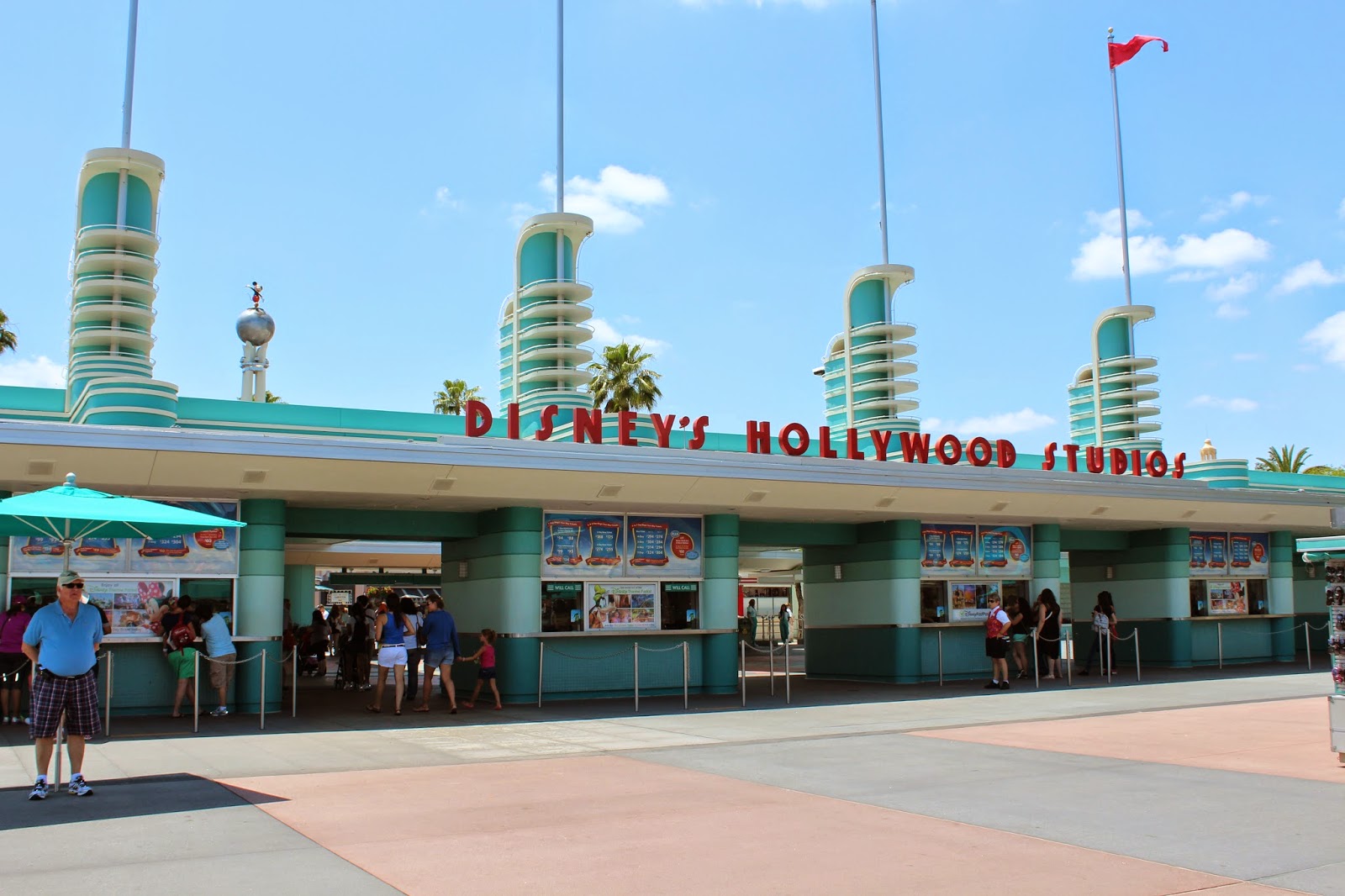 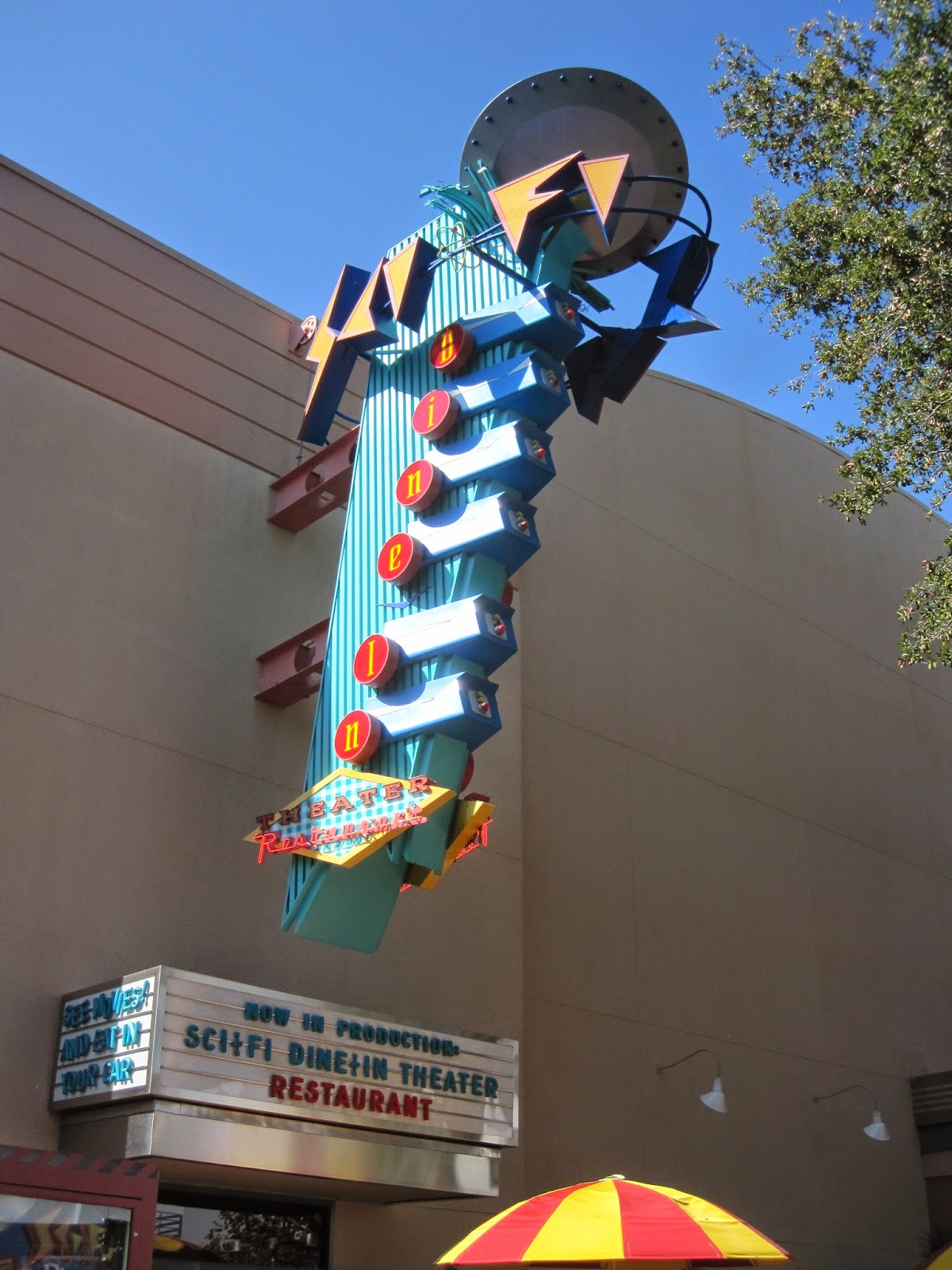 Honorable Mention: Dine in the 1950s
We know Disney does a great job at theming and two great examples of that are the Sci-Fi Dine-In Theater and the 50's Prime Time Café.  The Sci-Fi Dine-In Theater restaurant transports you to a drive in movie theater complete with sci-fi clips from the 1950s.  The 50's Prime Time Café is themed as though you are in your Mom's house in the 1950s.  Wait staff remind guests to mind their manners while you watch black and white television clips from popular 1950's shows.  If you are feeling nostalgic or just love everything vintage, make sure to make reservations for these two restaurants. 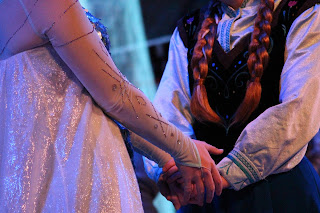 10.  For the First Time in Forever: A Frozen Sing-Along Celebration
Relive the magic of Disney's Frozen with this sing-along spectacular!  If you just can't get enough of the songs from Frozen, this is the attraction for you!  Even if you don't love Frozen or are slightly sick of it, it's worth a visit at least once.  The 30 minute show is actually pretty funny with the help of some Arendelle Royal Historians who relive the tale of your favorite Frozen characters.  You also get to sing-along to the amazing songs and the oh-so-popular, "Let It Go" which I just can't let go!  See what I did there?  Don't be ashamed to belt out the lyrics because everyone else in the theater will be doing it! 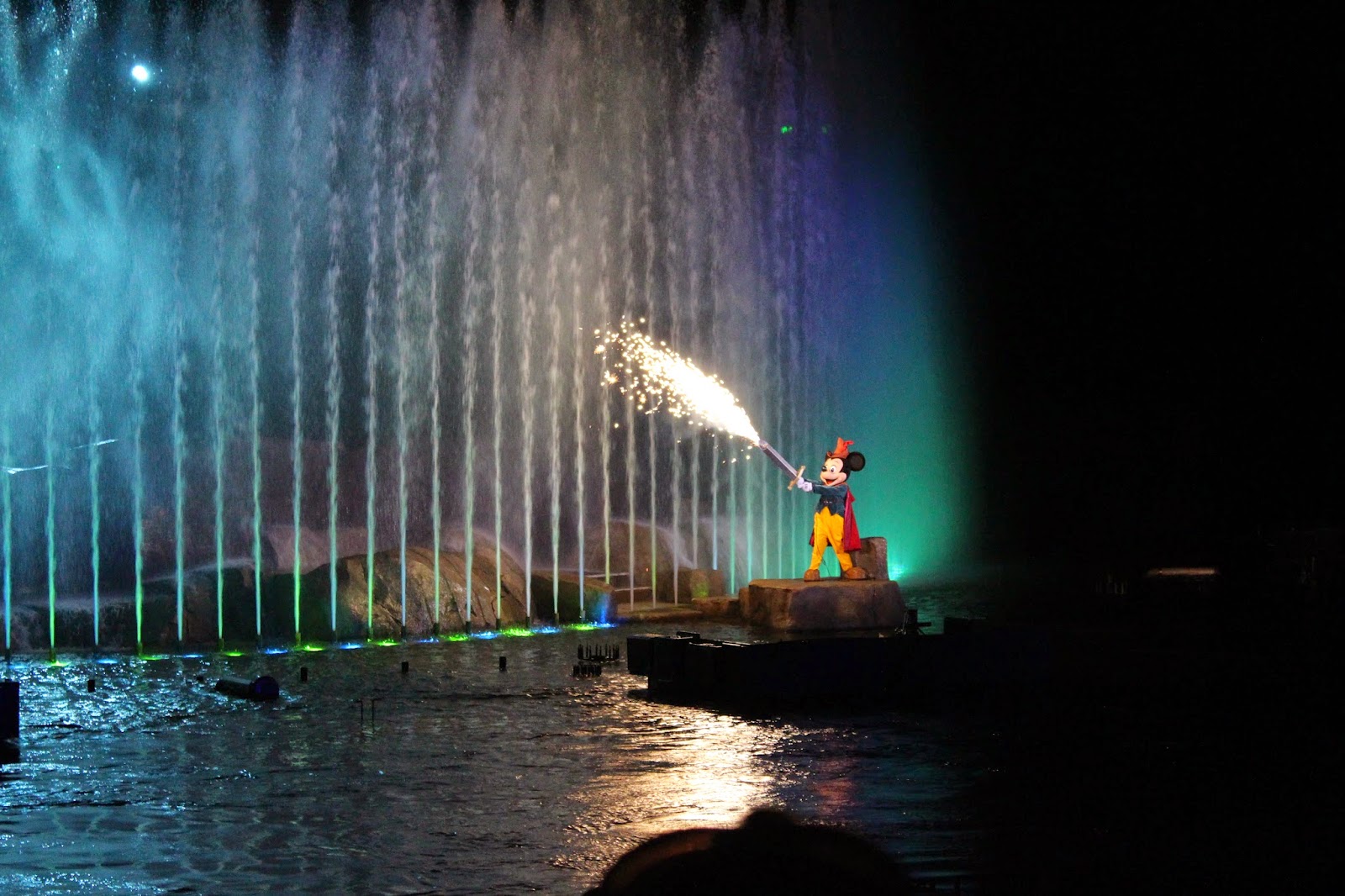 9. Fantasmic!*
Fantasmic! is Hollywood Studio's nighttime entertainment and will be returning sometime in 2022.  It combines pyrotechnics, lights, dancing water, a great musical score and a ton of Disney characters.  Why isn't Fantasmic! higher on our Must Do list?  Well, it's only shown on select nights so check the Times Guide or My Disney Experience app to check the show times.  Since it is only available on select nights, the line to enter the outdoor theater can get pretty crowded.  If they are showing two shows, go to the second one for lighter crowds.  You could also purchase a Fantasmic! Dinner Package* to get reserved seating. 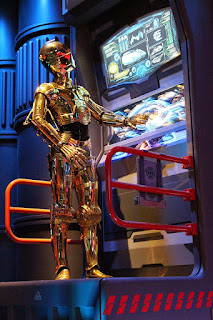 8. Star Tours - The Adventure Continues
Explore a galaxy far, far away on the reimagined Star Tours!  Based on the blockbuster Stars Wars series, the attraction combines characters and locations from the movies with 3D video, Audio-Animatronic characters, special effects and music. There are 50 story combinations so you get a unique experience each time you visit.  Who knows?  You may even be the Rebel Spy on your next flight!  If you love Star Wars, this is a major must do!

7. The Twilight Zone Tower of Terror
Is your party dragging right at rope drop?  There's nothing like dropping in on the Hollywood Tower Hotel to wake everyone up!  (See what I did there?)  The Tower of Terror has, quite possibly, one of the best back stories and theming of any Walt Disney World attraction.  The attraction is based on the popular television series which aired from 1959 to 1964.  Take a look around the lobby and the library to see some artifacts from some episodes of The Twilight Zone. 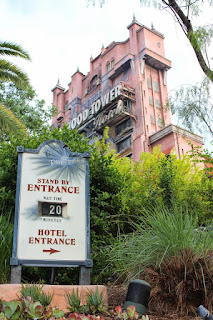 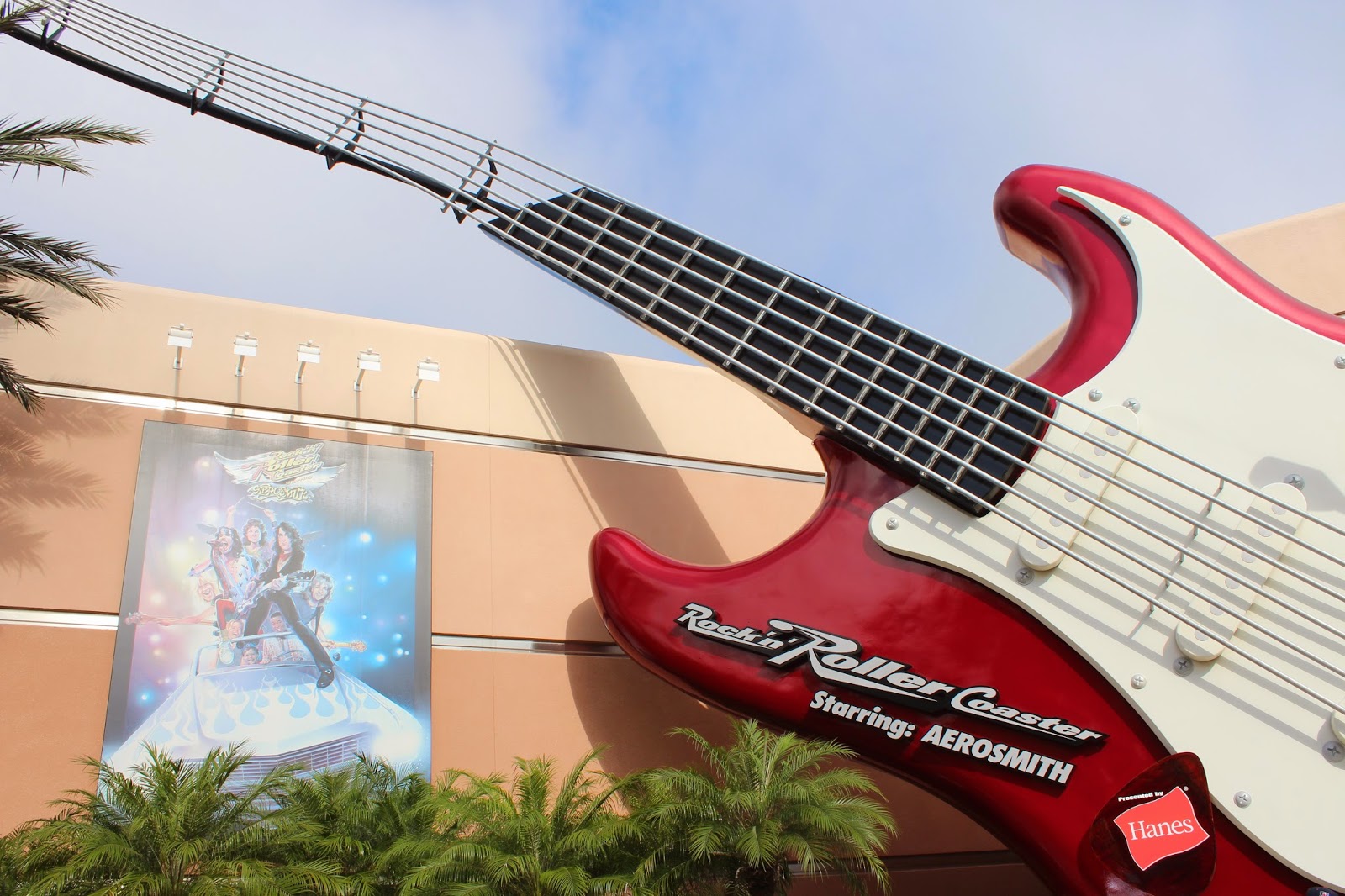 6. Rock 'n' Roller Coaster Starring Aerosmith
There is something about roller coasters and rock music that just work great together.  If you are a thrill ride junkie, then Rock 'n' Roller Coaster is the ride for you!  It's a roller coaster in the dark complete with three inversions.  My favorite part of this ride is the launch.  You go from 0 to 60mph in 2.8 seconds while Steven Tyler is screaming in your ear.  It doesn't get much better than that!  Worried that no one else in your party wants to join you for this rock 'n' good time?  Just use the single rider line. 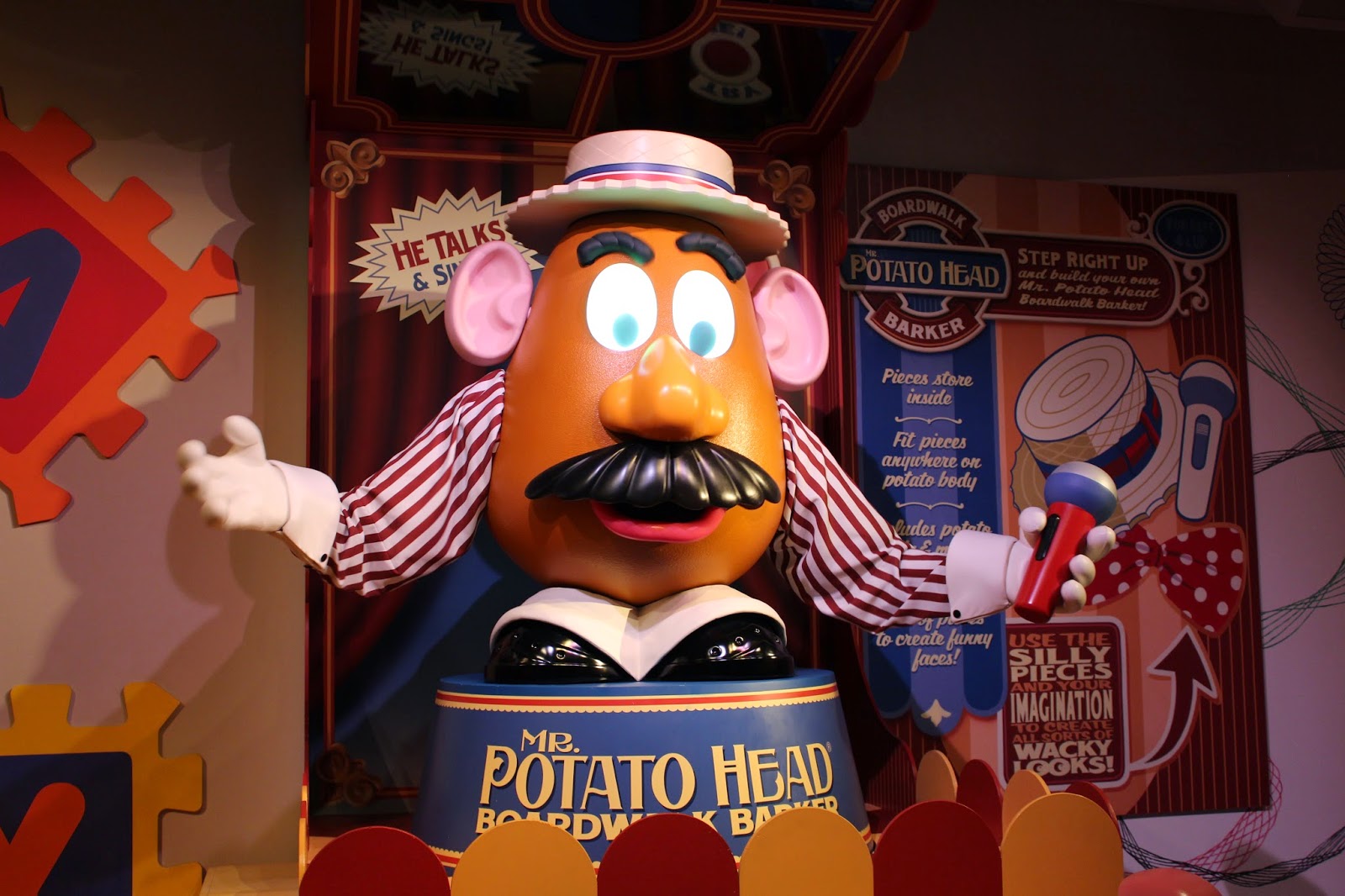 5. Toy Story Midway Mania
Simply put, this attraction is so much fun!  It combines 3D and 4D effects, competition and Toy Story so it's hard for it not to be great.  This was actually the first attraction my son ever rode so it has an extra special place in my heart.  It's also a fun competition between my family to see who can get the highest score. 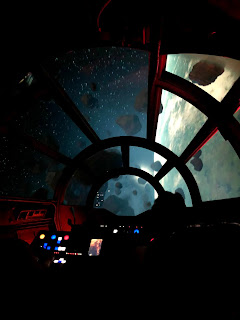 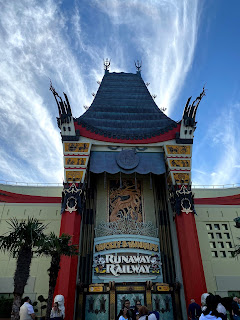 The first attraction to feature the mouse that started it all, Mickey & Minnie's Runaway Railway is one of the newest attractions at Disney's Hollywood Studio and is at towards the top of our Must Do list. The attraction is based on the award-winning Mickey Mouse cartoon shorts, available on Disney+, and features Mickey and his pals on a zany adventure through their cartoon universe.
2. Slinky Dog Dash
This family-friendly coaster isn't just a fun ride, it's super cute too with a ton of neat details! Located in Toy Story Land, Slinky Dog Dash takes you on a wild ride through Andy's backyard with curves, drops, and a neat launch sequence. Make sure to keep an eye out for Wheezy who serenades you with a song toward the conclusion of the ride. Although this coaster is family-friendly, it's still a roller coaster so there is a height requirement of 38". 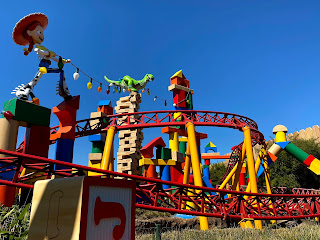 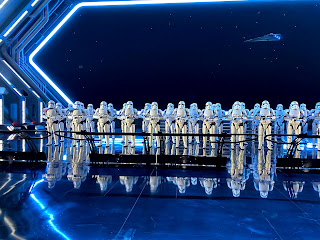 1. Star Wars: Rise of the Resistance
No spoilers here but this attraction is AMAZING! Seriously, amazing. Even if you're not a Star Wars fan. It's a massive attraction with multiple ride systems that is unlike anything you've ever experienced. It's the ultimate Must Do attraction in all of Walt Disney World! There's currently no standby, FastPass+, or Single Rider line for this attraction but a virtual queue system through the My Disney Experience app. Guests with a valid ticket and Disney Park Pass reservation can request access to the virtual queue starting at 7am on the day of their reservation. It's absolutely worth waking up early to score a spot in the virtual queue! Trust me, you'll thank me later.
As you can see, there is a lot of competition to get to the top of our Must Do list!  There are so many wonderful attractions to choose from that you really can't go wrong at this park.  What are your Must Do's at Disney's Hollywood Studios?
*Temporarily unavailable due to COVID-19 safety guidelines.