July 12, 2016
Recently I had the pleasure of doing a Disney cruise aboard the Dream with some of our clients and their families, as well as some of my agents. We host a yearly Family Cruise and one of the things that we did was a Mixology class. If you are going on one of Disney’s cruises, especially if you have a nice group with you, it can be a lot of fun! 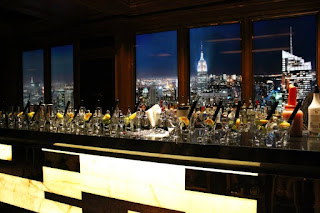 Let me explain what it is for those of you that haven’t had the pleasure of doing one. Mixology is for adults 21 and over. You have a maximum of 30 people in each class which is given at one of the lounges onboard.

In 2015, you had a minimum of 15 in a class, but they have since upped that to a maximum of 30 per class with a 25 person minimum. The cost? $20 per person which gets charged to your stateroom. We were set up in the Skyline Lounge which is located on Deck 4, aft, in the District area of the ship. If you are not familiar with it, the lounge has an upscale look about it with wood paneled walls and ceilings showing off its classic design. 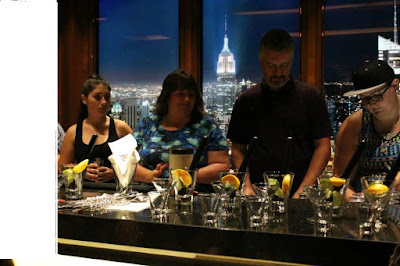 Some other “classes” that you can take are:
Various LCD big screens show off the famous skylines around the world with the views changing every 15 mins. Seeing these gorgeous views of Paris, London, Barcelona, Athens, Florence, Budapest, and St. Petersburg makes me want to take one of the European cruises that Disney cruise line offers!! One of the other things that I really like about this lounge is the fact that it gradually changes as we go from day into night. Very cool!

Caipirinha was next on the list. This drink has a base of strong Brazilian rum called cachaça. You have to add brown or white sugar with limes as well as a bit of orange which we muddled together before adding the rum. The drink was strong but very good in my opinion!
After our 2 rum drinks we made a martini with 2 different types of vodka, champagne, and a drop of a splash of grenadine, which was very good also. B52 consists of Kahlua, Grand Marnier, and Bailey’s Irish cream layered in equal measures in a shot glass. Each of the three liquors is poured individually to create a layered effect in a shot glass. By slowly pouring over an inverted spoon, one can lessen the force of the pour. First comes the Kahlúa in shot glass. Then, slowly pour Baileys Irish Cream over a spoon to create the second layer. Last but not least pour Grand Marnier over the spoon to create the third layer. The separate layers create a very cool effect with an interesting taste. Not bad! 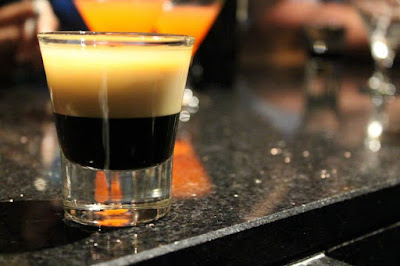 Last but not least was a Prickly Pear Margarita! I was not a big fan of this one so I passed it off on someone else (note to self, do it like a shot next time!) This had tequila, Grand Marnier, prickly pear puree and sour mix. Not my cup of tea but the others seemed to enjoy it for the most part.

To add to this, my poor husband participated but could not drink any of his drinks due to being on medication… he was not a happy camper about it either, haha!! He ended up passing off his drinks to some of the participants and needless to say, some needed a nap while others continued the party up on deck! All in all we had a great time learning to make and trying these different drinks, I highly recommend it!


You can sign up for these classes at guest services on each of the Disney Cruise Line ships. 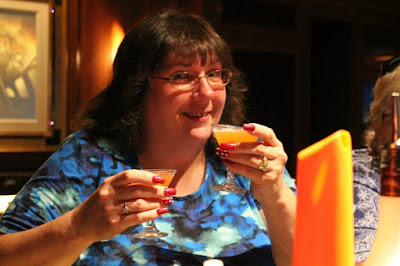 As a side note: They actually offer a "Passport" for $59 plus gratuity with which you can sample seven hand-crafted cocktails in the lounge over the course of your cruise (no need to get sloshed in one night) for the price of six. The passport includes some of the drink recipes as well, an added bonus after a week of drinking