Is it possible to get into Space 220 without a reservation?  Yes, but it isn't easy!  Here's how we secured a last-minute ride into space. 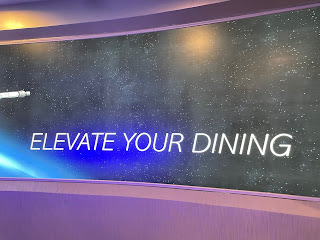 We walked around Mission Space to find a short line but no Cast Members to be seen. We asked people in line if that was the line for Space 220 and they said yes so we got in. It was unclear that the line was “closed” so about 15 or so minutes later a CM finally showed up and kicked us out of line. She said it’s closed and she doesn’t know when it will reopen but unofficially, “hover”. Once you are in the line it’s an estimated 90-120 minute wait. That’s a long time but we didn’t really have anything else to do on this particular day. So we did hover and sit on the ground for a little while near the line.  There are no benches and not really any shade so it isn't the most pleasant experience. The Cast Member returned and reopened the line about an hour later and we hopped on in along with a few others that were hovering. But, a couple had gotten out of line about 30ish mins prior while we were waiting. So once we got in line we were let in about 5 mins later. Not terrible at all when you were told up to two MORE hours. Your mileage may vary.  Please note this strategy only works for the bar area, which is only 10 seats, hence the long waits.  The restaurant and lounge are reservation only. 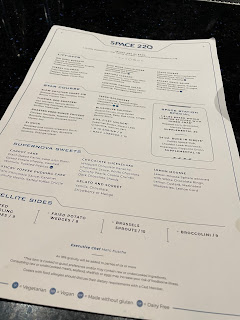 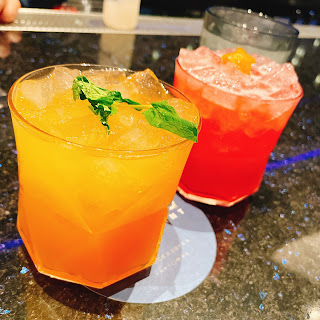 The elevator ride is so cool for sure, no pictures there because I just wanted to enjoy it. In no time, we were in orbit! We grabbed our seats at the bar and looked over the menu. The bartender here was wonderful and we took his recommendations for our first two drinks. They were delicious! We were also given the option of ordering lounge bites or the full three course menu from the bar. We went with the short rib sliders and I asked if I could possibly have just a salad and he accommodated which was awesome because I needed my veggies! The salad is actually made from all hydroponic plants grown in Epcot so that was really cool! The sliders were so so good as well. Would definitely recommend those as a bar bite choice.

Since we were having such a good time we ordered another round of drinks… and another round! We tried almost all of the specialty cocktails on the menu. The first two were the best, bartenders know their stuff. I know one was the red star but I forgot what the other one was. The atmospritz with the cotton candy was also a ton of fun!  We enjoyed all the fun little touches in the drinks from the lovely garnishes, to moon dust and even some color changing! 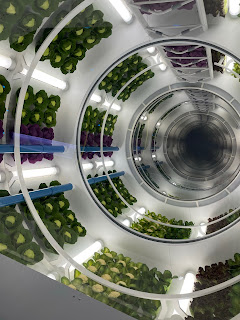 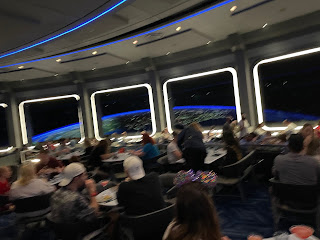 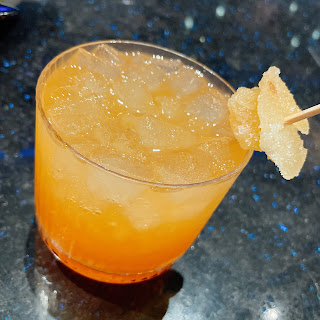 We enjoyed watching the goings-on in space around us while we spent some time here and learned that the sun sets on the Earth at the same time as the sun sets outside in Epcot so that was really cool to see that change while we were in there as well. We thoroughly enjoyed our time here and the service was top notch. Since the sun set in space, it was dark out when we made it back down to earth.