October 17, 2014
Disney has announced the opening date for the BoardWalk Inn's new Italian restaurant, Trattoria al Forno, and provided a look at the full opening menu.

Trattoria al Forno will open on December 18, 2014, showcasing Italian cuisine for both breakfast and dinner.

Reservations for the new eatery open on October 21st, and the restaurant will be participating in the Disney Dining Plan.

The menu and pictures of some of the new items can be found at the link below:

The Orlando Sentinel is reporting that the developer of the first two hotels at Disney's Flamingo Crossings said Thursday he plans to build seven hotels on the property within the next four or five years.

"In several years, this will look vastly different around here," John Rubini told a crowd gathered for groundbreaking on the project's first two hotels.
TownePlace Suites, Marriott's extended-stay brand, and SpringHill Suites, another Marriott brand should open by January 2016. Between them, they will have 500 rooms.

Flamingo Crossings, about half a mile from Walt Disney World's western entrance, is aimed at budget tourists and teams participating in events at the ESPN Wide World of Sports Complex.
Rubini said he would like to announce plans for two additional hotels within a year and have them open by 2017.

That way, four hotels would be open to take advantage of Avatar land opening at Animal Kingdom, he said.

Rubini's Alaska-based company, JL Properties Inc., has until now specialized in offices and multifamily housing. Rubini said the company has only developed one other hotel before – a SpringHill Suites in downtown Fairbanks, Alaska. Rubini said he was intrigued by the possibilities that Flamingo Crossings presents.

Rubini said he did not have details to share about the other hotels but said there would be a range of brands at the development.

Flamingo Crossings hotels will be what Rubini called "limited-service flags" – name-brand but relatively inexpensive hotels with fewer frills than Disney's other on-property lodgings.
"We see a role here that will serve a different segment of the market," he said. "It's obviously not the same as a full resort hotel."

To attract athletes, the first two hotels will feature a shared recreational area with two batting cages, a basketball court and a multipurpose practice field.

The development is "just a natural expansion of the west side of the property now that the infrastructure has caught up," said Duncan Dickson, associate professor at UCF's Rosen College of Hospitality Management, in an email.

Visitors from the south and west don't have to become "caught up in the whole I-4 morass," he wrote. "Interestingly, staying on the west side of Disney makes a trip to SeaWorld or Universal that much more difficult. We will have to see if those guests venture over to the I-4 corridor."
Disney first announced the Flamingo Crossings project in 2007 but it stalled in the economic downturn that struck Central Florida and the rest of the country.

A new feature is being tested for Disney Cruise Line. Beginning on the Disney Dream on October 16th, and on the Disney Fantasy starting October 25th, guests can take advantage of the new enhancement to the Navigator App for iOS and Android smartphones. Called "Onboard Chat", it is a new tool that allows family members to connect with other family members while onboard the ship! This feature is still being tested, and not yet available on the Magic or Wonder. 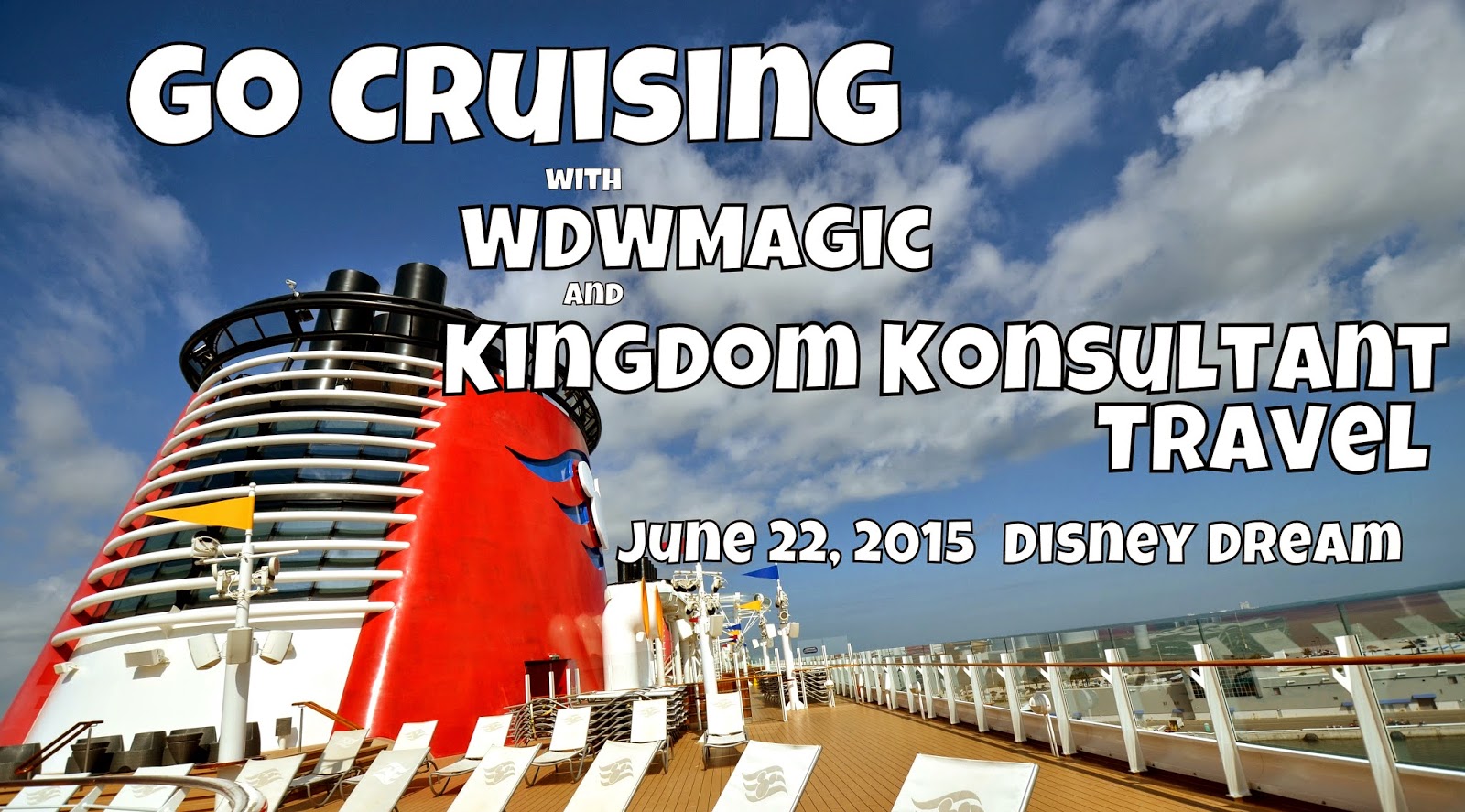 Speaking of news in the world of Disney Cruise Line... stay tuned next week, when we'll have another announcement about our 2015 Family Cruise! We'll have a great way for you to pack even more fun and excitement into our week of adventure!