Top 10 Must Do's at the Magic Kingdom 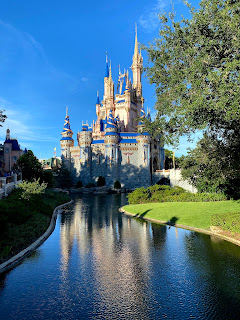 The Magic Kingdom was the first park to open at Walt Disney World on October 1, 1971.  Known as "the Most Magical Place on Earth," the Magic Kingdom has consistently had the most visitors annually than any other theme park worldwide.  The park consists of 6 wonderfully themed lands; Advenureland, Frontierland, Liberty Square, Fantasyland, Tomorrowland and Main Street, U.S.A.  Standing at 189 feet tall is the park's icon, Cinderella Castle, which provides a spectacular backdrop for the nighttime fireworks show.

The Magic Kingdom has the most attractions of any of the four parks and perhaps that is why I had such a hard time narrowing down the Must Do's to only 10!  Since it was just too difficult to pick only 10 Must Do’s, there are a couple of honorable mentions that are worth noting.

10. Meet Characters
You can't go to the Magic Kingdom without meeting at least one character!  From Princesses to Mickey and pals, there is no shortage of characters throughout the park.  Character experiences are a little different right now but you can still see the characters in the Cavalcades that run on the former parade route.  There's Mickey and Friends Cavalcade, The Royal Princess Processional and more.  It's a new way to see characters but it's still fun. 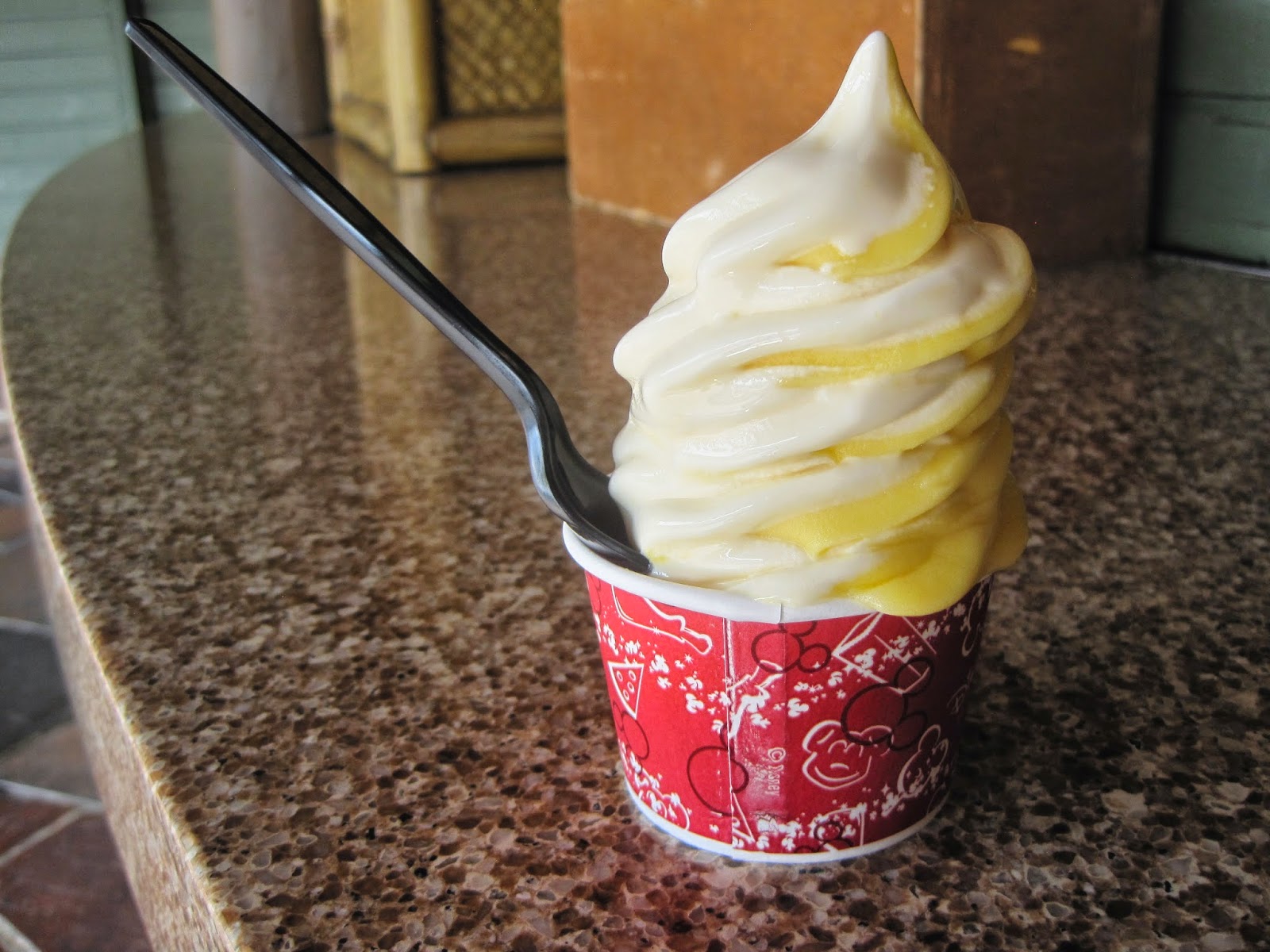 9. Eat Snacks
The Magic Kingdom is home to many favorite snacks that are must eats.  You can find the Dole Whip in Adventureland, Funnel Cakes at Sleepy Hollow in Liberty Square, grab a hot dog from Casey's Corner*, and get all sorts of tasty treats from the Main Street Confectionery.  There are so many wonderful snacks to choose from!  Take a moment on your next visit to enjoy the atmosphere of the Magic Kingdom with your favorite snack.

8. Dine at Be Our Guest Restaurant 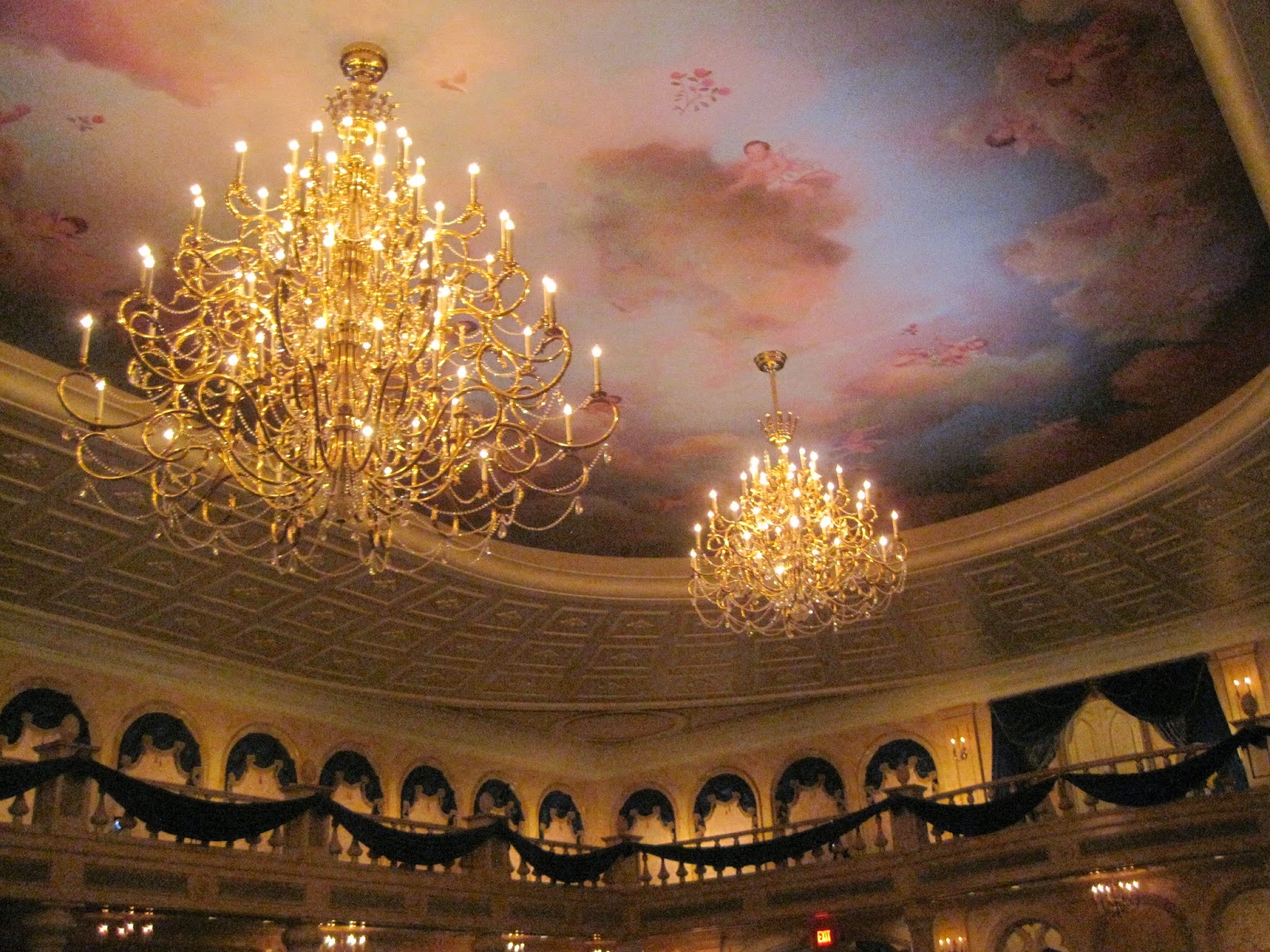 Perhaps the most popular restaurant in all of Walt Disney World, Be Our Guest Restaurant is located in the Beast's castle in Fantasyland.  The restaurant serves a prix fixe, 3-course menu featuring French inspired dishes for lunch and dinner.  You may be seated in one of the three dining rooms: the Grand Ballroom, the West Wing or the Castle Gallery.  The restaurant is truly breathtaking!  It's like you are in the movie.  Reservations are strongly recommended dinner and can be made 60 days in advance. 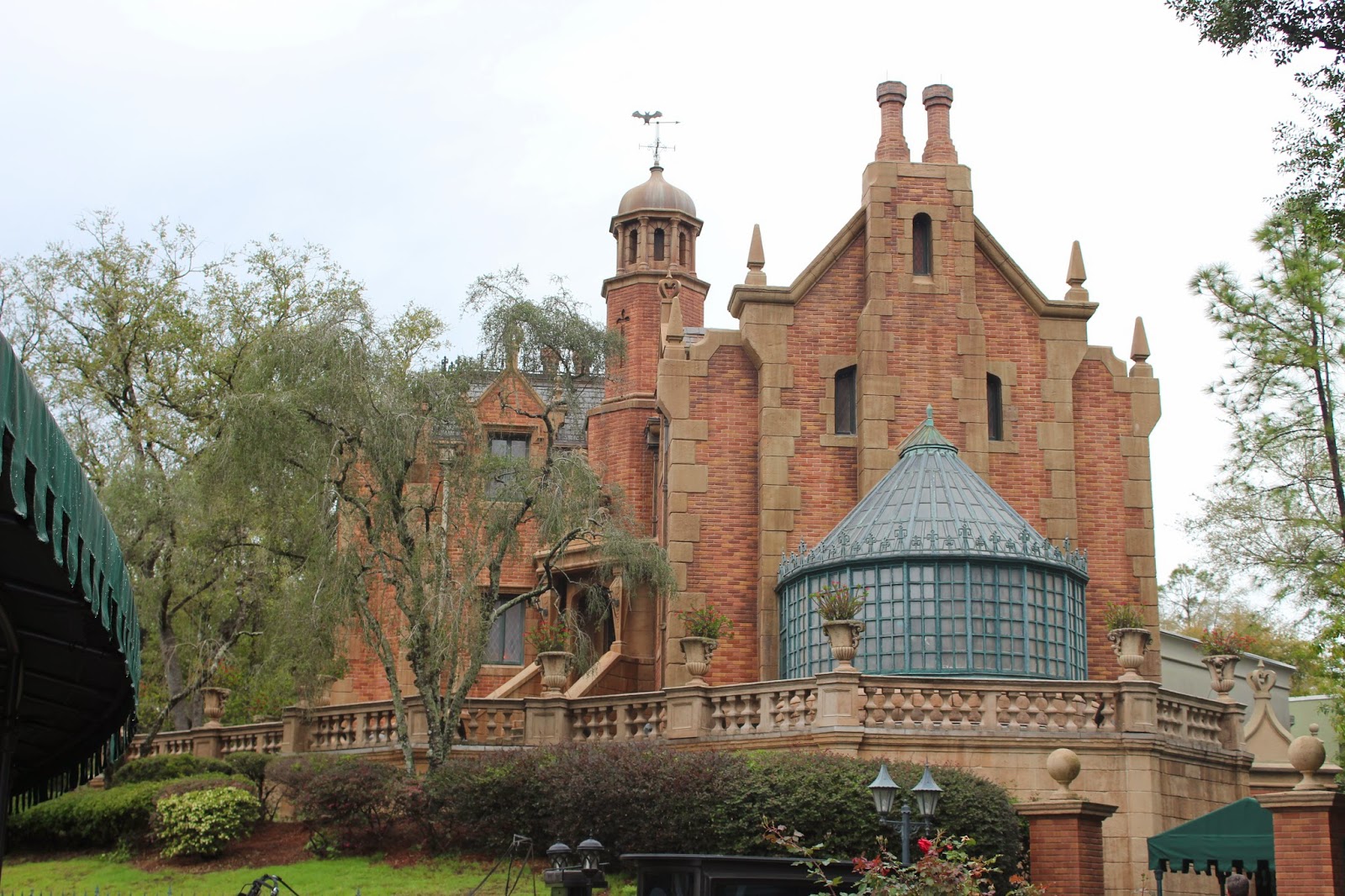 7. Haunted Mansion
This classic attraction has been home to 999 happy haunts since opening day in 1971.  The Haunted Mansion is a slow, dark ride located in Liberty Square where guests board a Doom Buggy to tour this haunted home.  You'll pass through classic scenes like the portrait chamber and the graveyard.  It may be a little scary for young guests but the ghosts are truly harmless. 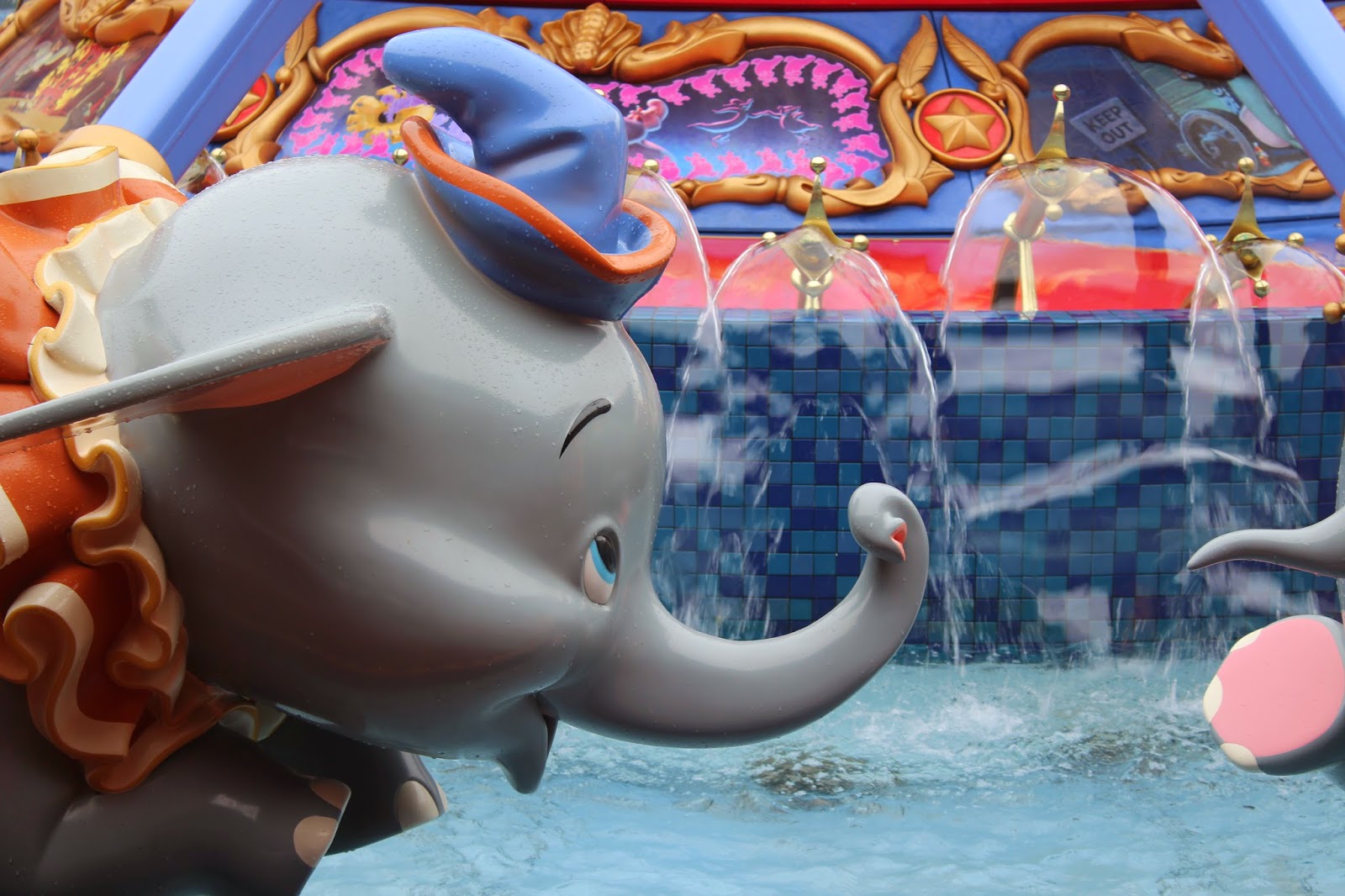 Take flight aboard a flying elephant for a
magical flight above Storybook Circus.  This is a classic attraction that it is a favorite to this day.  During the New Fantasyland expansion, Dumbo received an upgrade and now has two sets of rotating elephants and a circus themed play area to entertain the kids while you wait for your turn to fly.  You're never too old for a ride on Dumbo.  This is a major Must Do for kids and kids at heart! 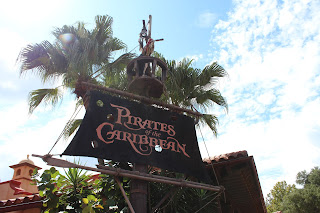 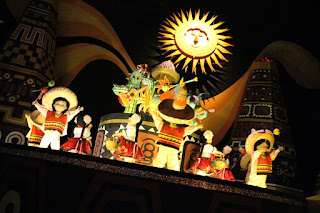 It's hard not to sing along while riding this classic attraction. It's also hard to get the song out of your head! "it's a small world" combines the musical talents of the Sherman brothers with the artistic direction of Mary Blair to create "The Happiest Cruise That Ever Sailed." During this 10 minute journey, guests travel through scenes representing all seven continents and containing over 300 traditionally dressed dolls spreading the message of cultural unity and harmony. This timeless attraction is a must do and singing the song is part of the fun! 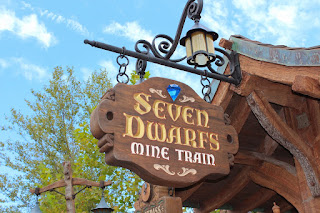 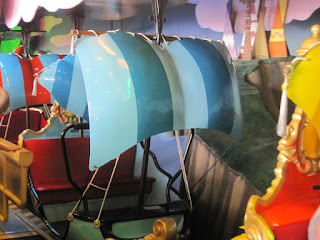 Set sail aboard your very own flying pirate ship on this classic attraction located in Fantasyland. Begin your journey in the Darling children's nursery as you make your way to Never Land where you see classic scenes from Peter Pan like Mermaid Lagoon and Skull Rock. This is a favorite attraction among guests so it's recommended that you visit early in the day.

1. Triple Mountain Whammy
Ok, this is technically 3 Must Do's but I needed to include them all and didn't have enough numbers! The Triple Mountain Whammy consists of Big Thunder Mountain Railroad, Space Mountain and Splash Mountain. There is nothing more exciting than when you are first tall enough to ride these attractions. These three mountains are major Must Do's! 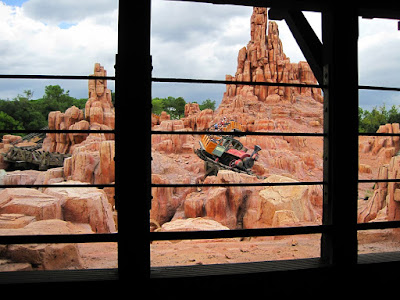 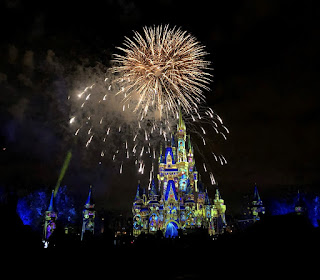 Honorable Mentions
Disney Enchantment
There is no better way to end a night at the Magic Kingdom than by viewing fireworks!  This 15 minute nighttime spectacular is just that; Spectacular!  The show is one of the biggest fireworks displays in Magic Kingdom history.  Grab a spot early where you can see the castle and the sky for best viewing.  It's one of those Disney experiences that bring tears to my eyes every time.
Festival of Fantasy Parade* 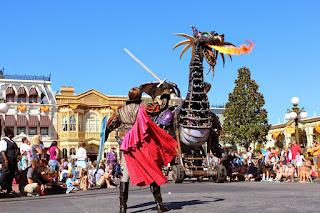 Although temporarily unavailable, the Festival of Fantasy Parade will be returning on March 9, 2022. It is a truly magical and fantastical display of characters from Fantasyland.  The parade includes a mix of innovative floats, brightly colored costumes and original music full of whimsy and imagination.  Floats include Flynn Rider and Rapunzel on a Tangled inspired float, Peter Pan and Wendy aboard a flying pirate ship, and Maleficent as a fire breathing dragon.  It's a truly spectacular parade! 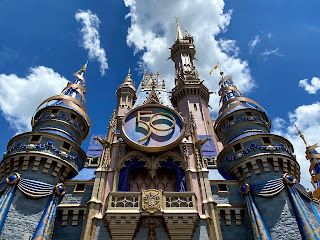 It's no surprise that the Magic Kingdom is one truly magical park. It has so many classic attractions, many of which Walt Disney helped design when they opened at Disneyland park. It was truly difficult to narrow down this Must Do list because there are just so many wonderful attractions at the Magic Kingdom.

What are your family's Must Do's?
*Temporarily unavailable due to COVID-19 safety guidelines.