August 05, 2015
Disclaimer:  There is nothing scientific about this list and I didn’t ask anyone else for their opinions.  So without further delay, these are my 10 favorite things to do at Walt Disney World!

When I visit Walt Disney World, I have a lengthy list of things to check off my list before I leave.  On every trip I must eat a Dole Whip, visit the Polynesian beaches, purchase a new mug, eat a turkey leg, take a trip on the monorail…it’s a comprehensive, sometimes ridiculous list but I love it!

My top 10 must do attractions are as follows: 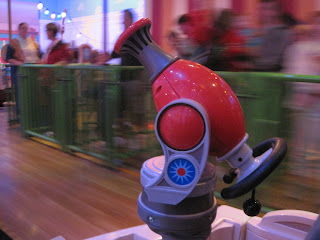 10. Toy Story Midway Mania - I wasn’t expecting much the first time I went on this ride, to be honest.  Boy was I wrong!  This is SO MUCH FUN for all ages, and I literally transform into this whole other person when I’m on this ride.  Whole other person, competitive monster, whatever. 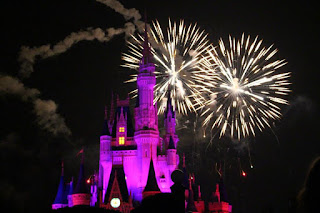 9. Wishes - I did the College Program in 2004, and worked at Disney’s Contemporary Resort.  I was able to see Wishes a LOT because of the location, and it was the last thing I saw on the last night before my program ended.  There is a part, near the end, when When You Wish Upon a Star begins to play and big, gold fireworks are enveloping Cinderella’s Castle.  That makes me cry every time I see it.  It’s such an emotional connection for me, I can’t miss it. 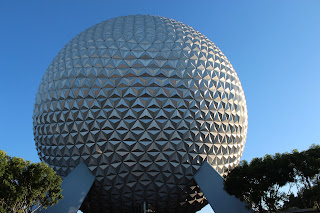 8. Spaceship Earth - I don’t care how slow it moves or how much the original show has changed, I love that you get to ride through the ball and I love the smell of Rome burning.  The end. 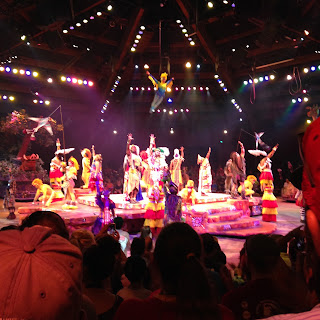 7. Festival of the Lion King - If you’ve never seen this show at Animal Kingdom, you’re missing out.  Please stop missing out.  The music, the colors, the singing, the acrobatics…it’s fantastic, and great for all ages. 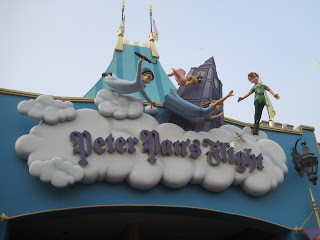 6. Peter Pan’s Flight - I know, I know.  Unless you have a Fastpass+, the lines are crazy, and the ride itself is pretty short, but where else can you fly over a stunning London on a pirate ship?  Nowhere. 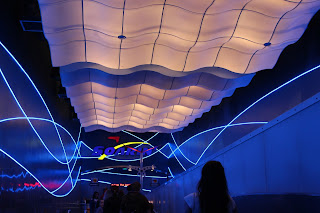 5. Soarin’ - Soarin’ is so calming, so perfect, I can barely describe it.  Dangling feet while gliding over the Pacific with ocean smells is just everything.  I love the theme of bring in an airport hangar, and Patrick Warburton in the pre-show is darn funny. 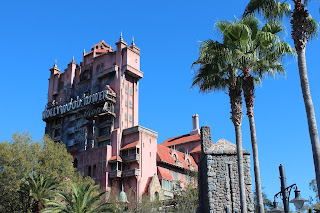 4. Twilight Zone Tower of Terror - Hands down, the best themed attraction at Walt Disney World.  The thought that went into the design of this thing amazes me.  I’ve often wondered how much it would cost to rent the patio for a wedding reception, that’s how much I love it.  I almost hate when the line is short and you have to hurry through the intricately themed lobby.  Oh, and the fact that you never know what ride you’re actually going to get is pretty fantastic too! 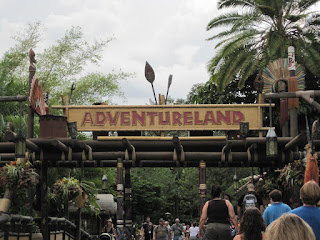 3. Adventureland - Okay, this one might be cheating a little, but I couldn’t pick between the Swiss Family Treehouse (details, people), the Jungle Cruise (funny jokes!!), and Walt Disney’s Enchanted Tiki Room (a Walt Disney original—you can practically feel him in there with you).  Do them all.  Love it like I do.


2. IllumiNations - My favorite nighttime spectacular.  It makes me feel ALL the feels.  The music is breathtaking (I may or may not listen to it often in my car), and the lights on all the countries…oh...did you feel them?  The chills?  Just me then…anyway.  Stake your spot early and don’t let anyone in your party leave for the restroom.  People get CRAZY the closer it gets to 9pm!


1. Carousel of Progress - Yes, this is my #1 don’t miss.  The place I run to first on every trip.  Yes, I sing before John tells me to.  No, I am not ashamed.  This is pure Walt Disney nostalgia right here.  This was a part of the 1964 World’s Fair and a part of the recent movie Tomorrowland.  This is the Sherman Brothers and classic Disney.  It is everything that Walt Disney World means to me, in one spinning theater.