Welcome to the latest version of Ears the News

The redesigned Flying Fish on Disney's BoardWalk opens its doors on August 3 2016, with a new menu, new kitchen and new dining room.

Staying true to the original, the new Flying Fish continues with a strong seafood menu, accompanied by a great selection of red meat.

Seafood offerings include a corn-crusted Wild Gulf shrimp, wild Alaskan King Salmon and Plancha-Seared Hokkaido scallops. A Wagyu Filet Mignon joins a Bison Strip Loin on the red meat side of the menu.


Reservations are now available for Chef Art Smith's Homecoming Restaurant at Disney Springs.
You can make reservations for dates from August 15 2016 at Disney.com or via the My Disney Experience app


Disney's BoardWalk is home to a new cocktail lounge - the AbracadaBAR.


Located in the former Seashore Sweets next door to Flying Fish, AbracadaBAR is a wonderfully themed lounge, drawing on the 1930's golden age of illusionists.

As the story goes, the lounge was a former stomping ground for famous magicians and boardwalk illusionists, where after a show, they would gather to “conjure” up new cocktails, and swap magic tips and tricks. According to BoardWalk lore, it was on just such an evening that every single magician in the lounge vanished into thin air, and was never seen again.

Now, after sitting vacant for nearly seventy years, the secret magician’s lounge is now back in the spotlight and making its world debut as “AbracadaBAR.”

Despite its backstory, don't expect live performers or extensive effects like those found at Trader Sam's Grog Grotto. Instead, think more Jock Lindsey's Hangar Bar. Keep an eye on the posters around the room though, they are enchanted.

Although the lounge is small, it does have a good amount of seating, which is really nicely arranged, giving the area a very intimate and cozy feel.

Seating is on a first come, first served basis. There is outdoor seating, but the real beauty of the place lies within.

The menu features a variety of specialty cocktails, unique for the location, along with a good range of wines and beers.

Many of the drinks have an element of table-side performance, with the ingredients mixed and changing color before your very eyes.

Unlike Jock Lindsey’s Hanger Bar there are no food offerings save from complementary popcorn and chick pea mix.

AbracadaBAR is open daily from 4:00 PM to midnight.

Disney's Fantasia Gardens Mini Golf will be closed during periods of August 2016 for refurbishment.

The Fairways course will close on August 1 through to August 2 2016.

The Gardens course will close on August 1 through to August 10 2016.


Currently under construction and expected to open within the next 18 months, the new venue will feature a flexible design that can host a multitude of different events. Although primarily designed to host cheerleading and dance competitions, the building can be reconfigured for other sports, such as basketball, volleyball and concerts.

In addition to the new 286,000 sq. ft. venue, the project will also include new parking lots and entrances to the complex.

ESPN Wide World of Sports is aiming to become the leading location for cheerleader and dance events in the country, and already hosts nine major events in the year, including six elite Varsity events, including the USASF Cheerleading and Dance Worlds.


The Magic Kingdom's Celebrate the Magic will not be shown for most of August due to planned maintenance.

The Cinderella Castle projection show will also be dark from August 5 to August 30, with performances resuming on August 31 2016.

During the closure, Disney will be upgrading the projectors used for the show.


Part of a Disney social media interview, Disney confirmed today that Mickey's Royal Friendship Faire will celebrate autumn and the holiday season, with changes to both the music and costumes in the finale scene.

Seasonal updates have become more common at the Magic Kingdom, with the Main Street Trolley Show and Celebrate the Magic offering different shows throughout the year.


Disney has today announced that a new live show will be coming to the Magic Kingdom this fall featuring characters from the Muppets. 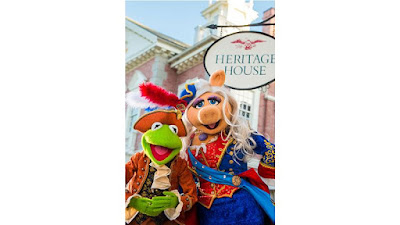 "The Muppets Present… Great Moments in American History" will debut in October 2016, and will include an original song.

Sam Eagle, the fiercely patriotic American eagle who is forever trying to set a high moral standard for the Muppets, will join Kermit the Frog, Miss Piggy, Fozzie Bear, The Great Gonzo and James Jefferson, town crier of Liberty Square, as they gather outside The Hall of Presidents to present historical tales in hysterical fashion as only they can. From the midnight ride of Paul Revere to the signing of the Declaration of Independence, the Muppets appear throughout the day to share with Guests, their own unique take on the founding fathers and the birth of the United States of America.

When you're ready to book your vacation to experience some or all of these new dining, drinking & entertainment options, Kingdom Konsultant Travel is ready for you.