5 Reasons to STILL Visit The Studios! 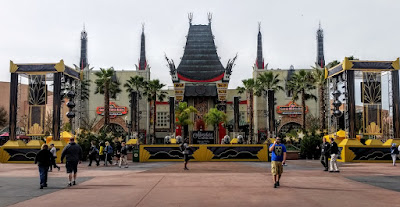 Hope everyone is having a good day! So, I overheard some young Guests in Animal Kingdom last week commenting on The Studios to a family that was dining next to them. It sounded to me like the family was here for the first time, and the younger Guests were locals. They were telling the family that it wasn't "even worth going to The Studios at this point", and discouraging them from using their park tickets on a Studios visit. They referenced the fact that several attractions have closed and said that there is "nothing there now."  If you know me, you know it took a LOT for me to not interject here. I can't stand to hear my fellow Guests, or Cast Members, or ANYONE really giving bad advice or misinformation about Disney to other Guests... especially first time Guests! These people had never been to Disney before and they were being advised to skip The Studios all together? Is it really not worth going there right now??? That got me thinking...

I must admit, The Studios has always been my least favorite park. I suspect that could change in a few years time, when Toy Story Land and Star Wars Land are completed, but for right now, it is what it is. I'm not a thrill ride person, and up until a couple of years ago, we didn't have kids, so we weren't all that into the character aspect of the park. That being said, if right now, I was getting paid to plan a family's trip who had never been to Disney before, I would absolutely still include Disney's Hollywood Studios on their itinerary. Here's 5 reasons why... 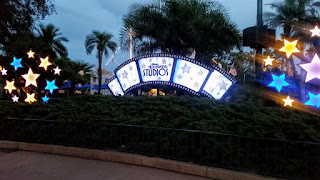 The Studios has always been great at entertainment. They have hosted some of the best live acts in all of Disney history, including the Tuba Fours, Four for a Dollar, Mulch, Sweat and Shears and the Hollywood Hitmen. Sadly, those acts have been gone for quite some time now, but there are still other fantastic live acts to see. There are The Citizens of Hollywood streetmosphere actors, who appear throughout the day on Hollywood and Sunset Boulevards, pulling Guests into their acts and cracking people up. There are also great live performed shows, like Beauty and the Beast, Disney Junior Live on Stage, Frozen Sing-A-Long, Indiana Jones Epic Stunt Spectacular and Voyage of the Little Mermaid. And let's not forget Fantasmic! The show could absolutely use some updating, but it continues to be a wonderful form of nighttime entertainment, including characters, fireworks and water effects. And just to squeak it in here, (even though it's classified as an attraction, it IS an entertaining one), The Great Movie Ride is always fun. It did get a new movie clip reel at the end, so it's worth checking out again, even if you've ridden it hundreds of times before. 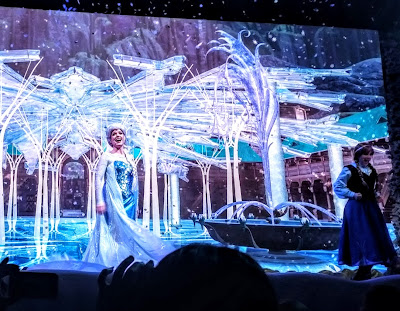 2. Dining Among The Stars

There are some really yummy restaurants at The Studios that are worth the trip over alone. Guests swoon of the famous Cobb Salad and Grapefruit Cake from The Hollywood Brown Derby. 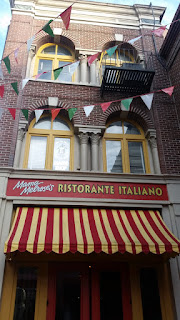 Mama Melrose serves up quality Italian fare, in a fun, (albeit cheesy) atmosphere. Sci-Fi is one of the coolest dining experiences on Disney property. Where else can you eat in a 50's style car, under the (air conditioned!) night sky, while watching old movie clips and previews?  Or, if you like the 50's theme, but prefer something a little more "homey", there's always the 50s Prime Time Cafe, where the servers are your "cousins" or "siblings" and you can watch clips of "I Love Lucy" and "The Dick Van Dyke Show" while you eat in "Mom's" kitchen. Just mind your elbows on the table. And if you have little ones, they will be thrilled when they get to enjoy a buffet breakfast with their Disney Junior favorites at Hollywood and Vine, or you can have lunch or dinner there with Minnie and friends. There's also tasty counter service options like PizzeRizzo, which is Muppets themed, and ABC Commissary, which pays homage to your favorite ABC shows. So many great choices for an in-park meal! 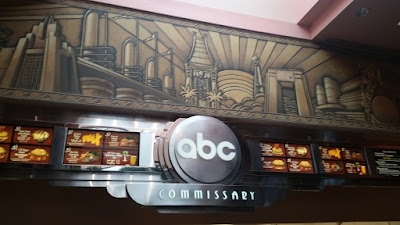 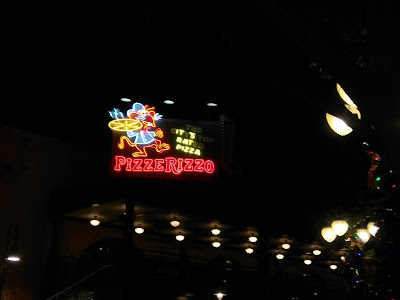 Disney's Hollywood Studios typically hosts some of the hardest to find Disney characters, like your Pixar pals. In one day, you can meet Buzz, Woody AND the Green Army Men. Star Wars fans can go lightsaber to lightsaber with Kylo Ren and Chewbacca. The Studios is the ONLY place you'll find Jake ("Jake and the Neverland Pirates") and Sofia ("Sofia the First"). Looking for a wayfinder to help you chart a course? Meet Disney's newest character, Moana, in her own meet-and-greet area, inside One Man's Dream. Oh, and there's a guy that likes warm hugs, (Olaf from Frozen), ready for pictures. And of course, you'll find your favorites like Mickey, Minnie and Pluto, too! 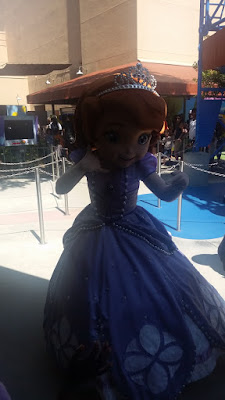 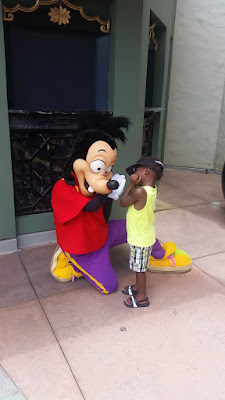 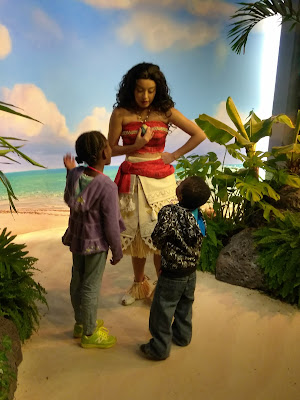 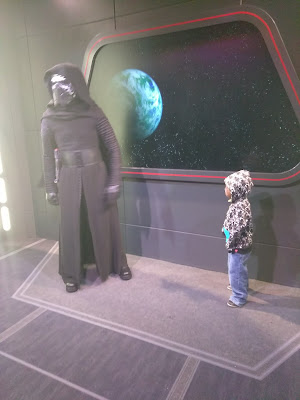 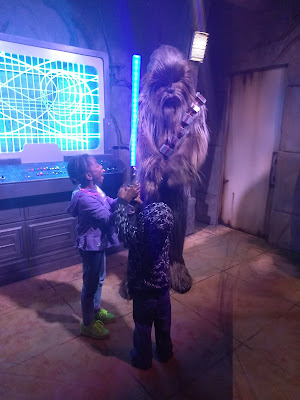 4. It'll Make You Want to Scream

The Studios has two big reasons why thrill-seekers should prioritize this park... Tower of Terror and Rock 'n' Roller Coaster! These two are heads and shoulders above the other Disney attractions on the thrill-o-meter, and are worth "dropping by" for. But there's also lighter thrills, like The Indiana Jones Epic Stunt Spectacular and Star Tours. Plenty to keep your teens and pre-teens revved up! 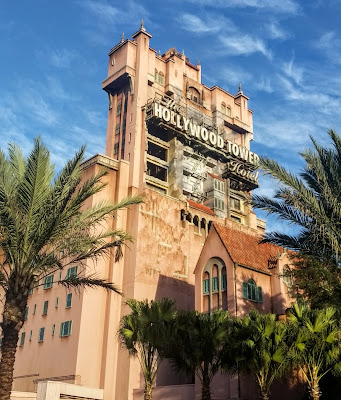 5. Jonesing for a Galaxy Far, Far Away?

While you wait with bated breath for the opening of Star Wars Land, you can get your fix at The Studios right now. Die hard fans will love the ride Star Tours: The Adventure Continues, shopping in Tatooine Traders, and even becoming a Jedi, at the Jedi Training Academy. When you've finished that, there's still WAY more! Catch the March of the New Order mini-parade and the A Galaxy Far, Far Away stage show, where all of your favorite Star Wars heroes and villains stop by. Both the mini-parade and stage show are presented multiple times a day. In the Star Wars Launch Bay, Guests will find a behind-the-scenes film, looking at the making of the Star Wars movies, as well as props and displays, and a meet-and-greet area for Kylo Ren and Chewbacca. You might even catch a Jawa trying to go through your belongings! And when the day is done, a multi-media fireworks spectacular is presented in front of the Chinese Theater. Named "A Galactic Spectacular", this show is just that! Star Wars music combines with projected images, lights and lasers, and pyrotechnics, to tell the story of a galaxy far, far away. While all of this may still not be as exciting as a whole new themed land, it'll hold you over until thew new part of the park opens in the upcoming years. 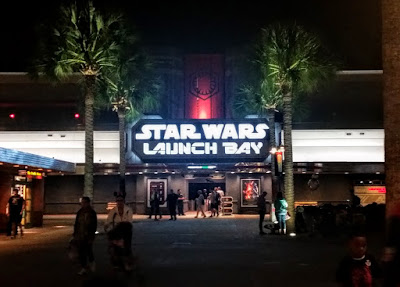 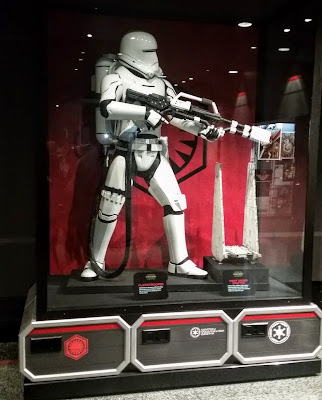 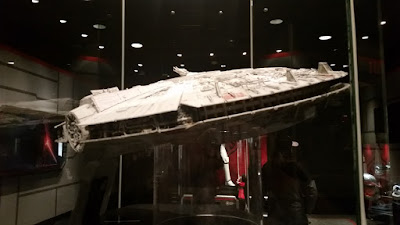 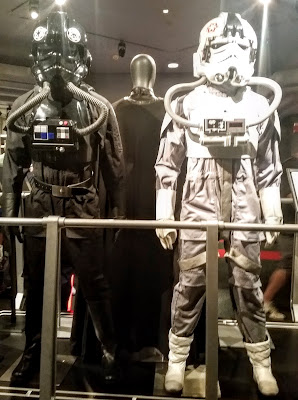 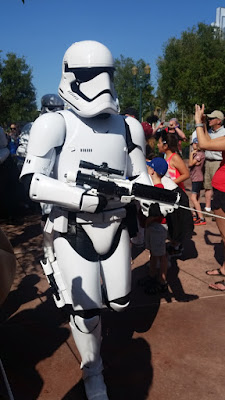 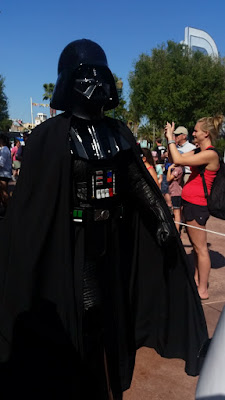 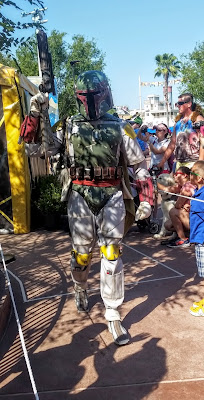 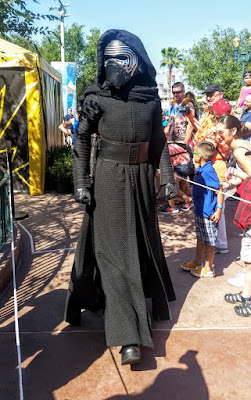 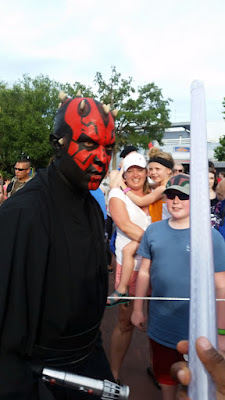 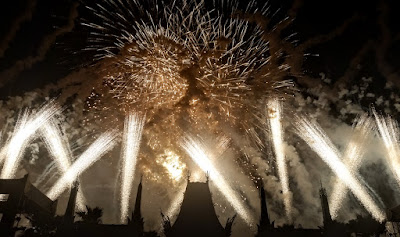 So there you have it! 5 reasons why you should NOT skip The Studios on your next visit. Yes, you need to know that some attractions you may have seen last time you were there are now closed. Yes, you will see a lot of construction walls. But YES, you will still have fun and it will still be magical! And now.... the show must go on!  Also known as, I must get to my laundry and feed my kid dinner. Have a good one, Disney Fans! 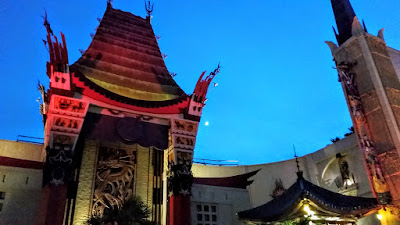