Kenny G, 10,000 Maniacs, Squeeze are among eleven new acts scheduled to perform at the 2017 Eat to the Beat concert series, part of the Epcot International Food and Wine Festival.
The Epcot International Food & Wine Festival opens August 31 and runs through November 13 2017. Eat to the Beat performances take place at 5:30pm, 6:45pm and 8:00pm daily, and is included in Epcot admission. 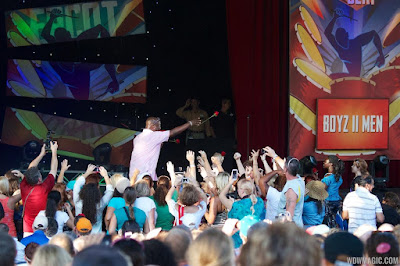 
Evening Extra Magic Hours at Disney's Animal Kingdom have been extended through the summer. 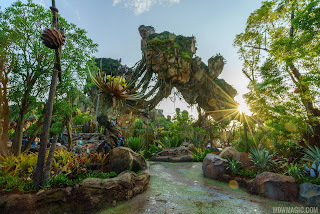 Originally scheduled to end on July 4, the park will now offer evening EMH through August 19 2017. 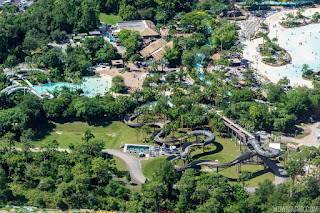 Typhoon Lagoon will close for its annual refurbishment on January 7, 2018. The refurbishment is planned to continue through to March 17, reopening to guests on March 18, 2018. Blizzard Beach will be closed October 30,
2017 through to January 6, 2018.

Dockside Margaritas in the Marketplace at Disney Springs is bringing back some classic drinks from Pleasure Island.

A selection from eleven different cocktails and non-alcoholic drinks will be on offer daily from June 29 through to September 28 2017. 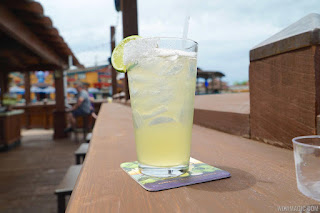 Celebrating ThrowbackThursday, the drinks will be sold at "throwback" prices each Thursday.

Each week, four different drinks will be featured - including the "Kungaloosh" from the Adventures Club.

Disney has confirmed that the Hall of Presidents will reopen in late 2017.

In a statement to News13, Disney has confirmed that Trump will have a speaking role in the Magic Kingdom attraction.

"The same thing that we've done with other presidents, is the same plan we have for President Trump," said Jacquee Wahler, vice president of communications.

The attraction closed on  January 17, with an originally planned reopening to guests on June 30 2017.

From the Disney Parks blog. 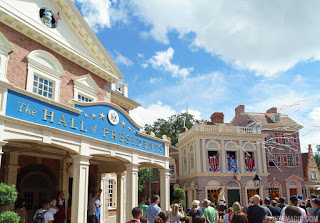 "Since the Magic Kingdom Park opened in 1971, The Hall of Presidents has brought together a one-of-a-kind look at the office of the President of the United States through film and the magic of Disney’s Audio-Animatronics technology. Despite some media reports to the contrary, President Trump will have a speaking role in The Hall of Presidents, like every president since 1993. We have been working closely with the current White House — just as we have with previous administrations — and the president’s recording session has been scheduled. The attraction will re-open in late 2017.

Whenever we refurbish one of our attractions, we take the opportunity to consider a broad range of enhancements. In this case, The Hall of Presidents is getting a new show, and a complete theater upgrade including a new sound system, lighting and high-definition projection system. The multi-screen viewing experience you may have seen in prior versions of the attraction is returning with an even wider vantage point of our country’s history."

Mobile Order coming next to Restaurantosaurus and Disney Springs

Disney's Mobile Order will become available at Restaurantosaurus on June 27 and D-Luxe Burger at Disney Springs from July 5 2017.

The new system allows you to pay for meals on-the-go within the My Disney Experience app, bypassing the queue to order at the restaurant. Using the app, you can select menu items, customize an order and pre-pay for a meal. 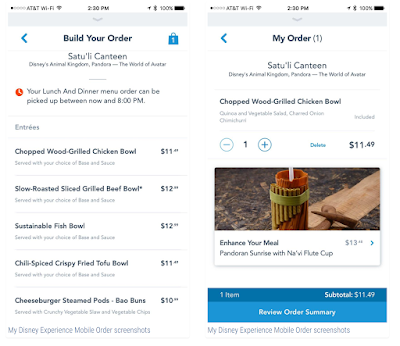 Walt Disney World will be celebrating Fourth of July with special entertainment. Here is the line-up for 2017.

Disney’s Celebrate America! A Fourth of July Concert in the Sky at Magic Kingdom Park commemorates the Fourth with a special showing on  July 3 and July 4 at 9:00 PM.


At Epcot, the 4th of July version of Illuminations! will begin at 9:00 PM on July 4th.

Meet favorite Disney Characters — all dressed up to celebrate America’s birthday – throughout the day at the American Adventure Pavilion at Epcot.

The Muppets Present…Great Moments in History: Miss Piggy, Kermit, Fozzie Bear and friends reenact famous moments in American history in a whimsical way. The live show is performed daily in Liberty Square at the Magic Kingdom.

Disney’s Grand Floridian Resort & Spa hosts an All-American July 4 cookout from 7:00-8:30 PM. The menu includes grilled steak and shrimp, hot dogs, baked beans, sides, plus specialty drinks, beer and wine. There’s a live DJ and crafts for kids. After dinner, head to the Grand Floridian Marina for sweets and a view of the Magic Kingdom Park’s July 4 fireworks. Cost is $120 plus tax, gratuity is included; $59 ages 3 to 11. For reservations, 407-WDW-DINE.

Disney is testing revised operating hours on Magic Kingdom Party nights this year in an attempt to improve the arrival experience for party guests. 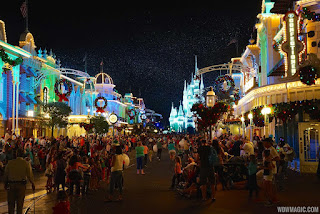 On nights where the Magic Kingdom is hosting Mickey's Very Merry Christmas Party, the park will close this year at 6:00 PM to day guests.

Mickey's Not So Scary Halloween Party will not be using the revised hours, and will continue to close at 7:00 PM for day guests.

The show was closed to switch out the semi-permanent stage with a mobile version that could be rolled in and out each day, clearing additional viewing space for the nighttime spectaculars in the hub area. 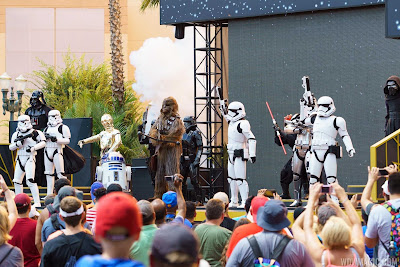 The Epcot International Food and Wine Festival will once again host ABC's 'The Chew' for taping 5 special festival shows.

'The Chew' shows, to record October 4-6 against the park’s Spaceship Earth backdrop, will air on the ABC Television Network, October 9-13, 2017, at 1pm EDT. 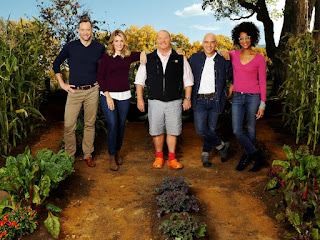 “It’s our favorite week of the year,” raved Gordon Elliott, executive producer of “The Chew.”

“The hosts enjoy the excitement of the park along with their fans, and for a few days everyone is on holiday–with amazing food!”

Dishes inspired by “The Chew” also will be featured throughout the festival in the themed global marketplace, “Earth Eats, Hosted by The Chew.” Park guests will be able to savor these menu stars: Grilled Beef Skewer with Romaine, Apricots and Feta Cheese; Ricotta and Zucchini Ravioli with Rustic Tomato Sauce and a sweet finish: Peanut Butter and White Chocolate Mousse with Caramel Drizzle.

Epcot vice president Melissa Valiquette said she and the entire festival team are delighted to welcome back “The Chew” hosts, producers and crew for their third year of on-site production.

“’The Chew’s’ production adds another level of excitement and fun to our iconic fall food and wine festival,” Valiquette said. “It’s magical to see our Epcot stage light up as the show’s celebrated hosts cook, dish and entertain each live audience of festival guests.”

Instructions on how to obtain show taping tickets will be announced at a later date. Today also kicks off “The Chew’s” Magical Culinary Adventure Sweepstakes presented by Hidden Valley Ranch. The winner gets a vacation for four to see a “Chew” taping at Epcot International Food & Wine Festival. To learn more, visit www.TheChew.com.

A big change is coming to Pirates of the Caribbean in 2018, which will see a new role for the famous redhead.

Disney has announced that the iconic auction scene will see the redhead play a new role, joining the pirate ranks and overseeing the pirate auction of the townspeople's valuables.

A similar scene will open at Disneyland Paris this summer, and the change will come to both Walt Disney World and Disneyland Resort in 2018.