Disney has announced that a new Cirque du Soleil show will be coming to Disney Springs.

Nearly twenty years after teaming up to bring “La Nouba” to the stage, the two entertainment companies are working together on a new collaboration.

This original show will be created by Cirque du Soleil and will pay homage to Disney’s rich history of animation, with a vivid story told in a way that only Cirque du Soleil can deliver. Daniel Lamarre, President and CEO of Cirque du Soleil Entertainment Group, elaborated, sharing “We are incredibly inspired by Disney’s immense creative universe. We are convinced that bringing Disney’s magic to life on stage will touch audiences and bring them back to their childhood.”

An opening date is yet to be announced. The current La Nouba show will have its final performance on December 31, 2017.

Donald Trump made his debut in the Magic Kingdom's Hall of Presidents.

As part of a completely reworked show, President Trump makes a speech and stands alongside the other former United States Presidents.

Following a year-long transformation, The Hall of Presidents officially reopened at the Magic Kingdom on Tuesday December 19, with new enhancements. Check out the video below courtesy of WDWMagic.com.

The designers shared an inside look at the Millennium Falcon that guests will be able to get inside.

A look at a fleet of full-size X-wing fighters being built for the Star Wars lands.

And finally a look at one of the merchandise locations, overseen by a Toydarian, one of the creatures we first encountered on Tatooine in “Star Wars: The Phantom Menace.”

Disney has announced the 17 acts that will take part in the Garden Rocks concert series - part of the 2018 Epcot International Flower and Garden Festival.

Here is this year’s lineup (subject to change without notice):
Garden Rocks performances are at the America Gardens Theatre at 5:30, 6:45 and 8pm every Friday, Saturday, Sunday and Monday of the Epcot International Flower & Garden Festival and are included with Epcot admission.

Guests of the Disney Springs Resort Area Hotels, beginning with stays on January 1, 2018, and continuing throughout 2018, will be able to take part in the Extra Magic Hours benefit at Walt Disney World Theme Parks.

Also, scheduled to begin January 10, 2018, guests at the Disney Springs Resort Area Hotels, who have booked a Walt Disney Travel Company package including a stay at one of the hotels, and theme park admission, will be able to link their hotel reservation on MyDisneyExperience.com, and with a linked, valid theme park ticket, these guests can utilize a 60-day booking window for FastPass+ selections.

This hotel benefit is available from January 1 – December 31, 2018, and is subject to change without notice. Guests without the Park Hopper Option or Park Hopper Plus Option must use their ticket for admission to the same theme park where they would like to enjoy the Extra Magic Hours benefit.

Other benefits of staying at one of the Disney Springs Resort Area Hotels include:

Disney Springs Resort Area Hotels include:
World of Disney will be undergoing a major refurbishment in 2018 which will completely change the look of the store.

During this time, the store will be moving portions of its inventory to a temporary location across from Polite Pig in the Town Center.

As of now, the existing World of Disney store is open as normal.

Here is the schedule. 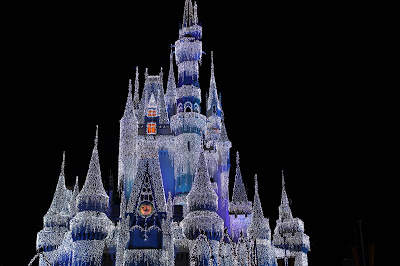 In some cases, booking via OpenTable may be a useful alternative to booking via My Disney Experience, as OpenTable does not have penalties for cancellations and may be more flexible with changes.

Restaurants available on OpenTable for reservations include: