Beginning 2019, runners will be able to choose which side of the Force they will run for during the race weekend April 4-7, 2019. 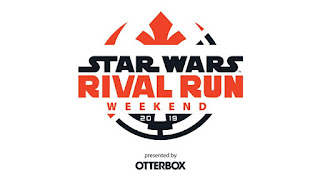 Walt Disney World's lost and found service is about to get more convenient.

Starting later this month, instead of needing to visit or phone the Lost and Found center, you'll be able to report a lost item on DisneyWorld.com.

After you have reported a lost item, Cast Members will attempt to locate the item, and will keep you updated on progress via the website.

Roadster Goofy will soon be joining the characters at the Disney Junior Play 'n' Dine breakfast at Hollywood & Vine.

Breakfast is typically served at Hollywood & Vine from 8am to 10:20am daily, and along with Roadster Goofy will be Jake, Sofia the First, and Doc McStuffins.

Walt Disney World now offers 1 day park tickets with 3 pre-linked FastPass+ experiences.
With this new ticket, 3 FastPass+ experiences are selected for you to use the next day—and will be automatically linked to your ticket. Tickets are sold with FastPass + selections for next day use only, and the FastPass windows are pre-determined.

There are variety of FastPass+ groupings to choose from at each park, although some of the headliners - such as Avatar Flight of Passage are not included.

The pre-selected groups are as follows:


In addition, Minnie Vans can also be used for guests staying at the independently operated Walt Disney World Swan and Dolphin, and the Four Seasons Resort.

Minnie Van service costs $25 per trip, per vehicle, and can be requested via the Lyft app between 6:30am and 12:30am daily.

Disney has confirmed the location for the new Space themed restaurant in Epcot. As expected, be built on a newly developed area between Mission: SPACE and Test Track.

Toy Story Mania at Disney's Hollywood Studios is scheduled to be closed for a week to allow work to progress on the main entrance reconfiguration.

The closure begins June 11 through to June 18, with a reopening to guests on June 19, 2018. When it reopens, the entrance will remain in Pixar Place until it permanently moves to Toy Story Land on June 30, 2018.


Toy Story Mania will also return to full capacity on May 20, 2018, with all three tracks becoming available following queue reconfiguration work. FastPass+ reservations should be available from as early as today for rides beginning May 20.

The FriendShip boat service at the Walt Disney World Swan and Dolphin will be closing for refurbishment next week due to work on the boat dock.

During the refurbishment of the dock, bus service will be available to Epcot and Disney's Hollywood Studios, and the walkway will remain open.

This boat dock refurbishment is in addition to the work taking place on the nearby bridge that has suspended boat service to Disney's Hollywood Studios.