April 12, 2019
Welcome to the latest edition of Ears the News


Seven hotels in the Disney Springs Resort area and the Four Seasons Resort have all extended their arrangement with Walt Disney World for Extra Magic Hours and FastPass+.

The extension means that the hotels will be eligible for Extra Magic Hours and the 60 day booking window for FastPass+ through December 31 2020.

Toy Story 4 arrives in theaters on June 21 2019, and Disney has just announced that one of the main characters from the movie will begin appearing at Walt Disney World. 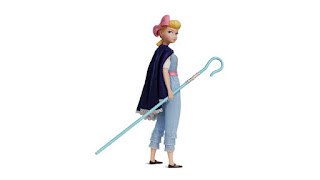 Bo Peep will be appearing in Toy Story Land at Disney's Hollywood Studios from the summer. The land currently includes meet and greets with Woody, Buzz and Jessie.

Attractions business website blooloop sat down with several creatives at Disney Parks Live Entertainment and revealed a few details of what we can expect with the upcoming Epcot Forever show. 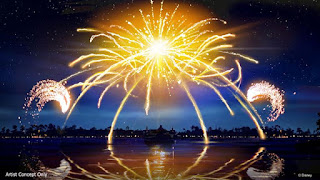 The original announcement from Disney described "Epcot Forever" beginning with a spark of imagination that swells into an epic spectacle of fireworks, music, lighting, lasers, and special effects kites.

blooloop.com elaborates on that, indicating that the show's kites will be operated by two-man teams abroad personal watercraft - something similar to a jet ski. Each of the 8 watercraft will carry a driver and kite operator.

Music is said to include "One Little Spark" and "Magic Journeys," and Walt Disney World Live Entertainment producer Ray Coble says that "pyro is the star."

The limited time "Epcot Forever' show will open immediately following the conclusion of Illuminations: Reflections of Earth in the fall of 2019. The park's permanent nighttime spectacular will debut later in 2020.

The full article can be found at the link below.

Epcot Forever will feature fireworks, lighting, lasers and choreographed, special effects kites, accompanied by a stirring collection of songs that paints a colorful picture of Epcot. Disney Parks Live Entertainment is collaborating on the show with noted conductor and composer Don Harper, who is producing all-new arrangements of classic Epcot tunes to weave into the soundtrack of “Epcot Forever.”

Don Harper is credited with work on the scores for National Treasure, Training Day, Armageddon, The Rock, Twister, Broken Arrow, Assassins, and Speed. In the theme park environment, Harper recorded the soundtrack for Fantasmic! at Tokyo DisneySea and most recently, for Rivers of Light at Disney's Animal Kingdom.

“Epcot Forever is a celebration of what Epcot has been and what Epcot is going to become,” said Alan Bruun, show director for Disney Parks Live Entertainment. “Music is the star of the show, and we use songs going back to the very beginnings of Epcot to music in the park today – from attractions, spectaculars and other shows – and put them into a fireworks spectacular on the lagoon every night. Guests are going to hear music they know and love but in a whole new way.”

In the video below, you can hear some of the music from the new show and see test footage of the new kites that will be part of the show.

Video from the Disney Parks Blog

After it launches October 1, “Epcot Forever” will continue into 2020, when it will then make way for the debut of the next Epcot nighttime spectacular as part of the park’s multi-year transformation.

The Orlando Sentinel has reported that Virgin Trains plans to build a station at Walt Disney World as it begins work on a rail link from South Florida to Central Florida.

Virgin Trains president Patrick Goddard said that the service "would integrate with their transportation system, hotels and theme parks."

The service would also include a station at Orlando International Airport, which could see a rail service from Miami to Orlando and to the theme parks. The expected timeframe is 30 - 36 months.

Aiming to reinvent train travel in the United States, Virgin Trains USA is the express inter-city passenger rail service that currently connects Miami, Fort Lauderdale and West Palm Beach, with plans to expand to Orlando and Tampa. The company, under direction of Sir Richard Branson, has raised nearly $1.8 billion in the last few weeks, enough to build the link to Orlando.

The full article can be found at the link below. 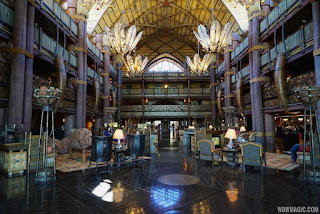 A $6 service fee will be charged if you request the grocery order or package to be delivered to your room. Pickup at the lobby continues to be complimentary.

Four 40mm timepieces feature a flat mineral crystal case in all black with silver indexes, two of which are on a bracelet and the others, a black leather strap.

Two of the styles feature black dials with matte and shiny Mickey silhouettes with his iconic red hue accented on both the hands and figure. The other two styles include a silver silhouette of Mickey ‘chasing after time.’

Citizen’s two 29.5mm Mickey timepieces feature a black dial with diamond accents and case and bracelet in either stainless or stainless steel with rose gold plating. The flat mineral crystal case is complete with a miniature Mickey face positioned at the 8 o’clock marker.

Inspired by Citizen’s best-selling silhouettes, the entire collection ranges from $295 – $475 and are now available for purchase via citizenwatch.com.

“Since his big-screen debut in Steamboat Willie on November 18, 1928, Mickey has been the global ambassador for The Walt Disney Company and he embodies a positivity that reflects Citizen’s ‘Better Starts Now’ initiative,” says President of Citizen Watch America, Jeffrey Cohen. “We are proud to honor this iconic character on our new timepieces and continue celebrating moments like this as we build on our collaboration with the Disney brand.”

The full collection can be seen and purchased on Citizen’s website.

The Pixar Play Zone at Disney’s Contemporary Resort, has concluded its limited-time run and The Game Station Arcade will be returning. 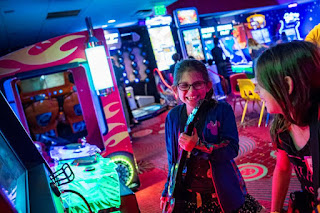 The Game Station Arcade will reopen at Disney's Contemporary Resort on April 8 2019.

Tickets are now on sale for the 2019 Mickey's Very Merry Christmas Party, which will feature an all new firework spectacular this year. 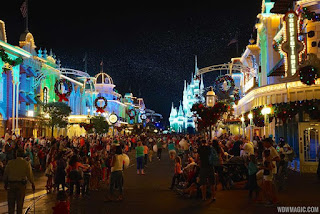 The least expensive ticket remains at $99 as it was last year, although the highest price ticket goes up from $125 last year to $139 for this year.

As in previous years, pricing varies depending on the date of the party. Passholders can get $5 discount on the advance pricing listed below.

The Tasting Sampler that debuted last year at Disney's Animal Kingdom will be returning in the Spring of 2019.

The offer last year got you $35 of food for $30, and preferred seating for one guest at the second showing of Rivers of Light.

For 2019 the deal is a bit more complicated. The sampler costs $50 and includes two digital value cards: one $50 card that can be used at over 40 outdoor food and beverage locations throughout the park (and does not expire), and a bonus $10 card that can be used at the following quick-service restaurants after 5pm from April 12-22, 2019: Restaurantosaurus (DinoLand U.S.A), Pizzafari and Pizzafari Family-Style Dining (Discovery Island), Flame Tree Barbecue (Discovery Island), and Satu’li Canteen (Pandora – The World of Avatar). At each of the outdoor food and beverage locations, you can use the $50 card to purchase anything on the menus.

Disney’s Animal Kingdom Tasting Sampler can be purchased through April 22 2019 at noon and can be used at Disney’s Animal Kingdom Theme Park during regular operating hours. When you purchase the sampler, you’ll receive an email for each digital value card. Each email will have a barcode that can be added to your digital wallet on your mobile phone and scanned at most food and beverage locations throughout the park. For a full list of participating locations and menu offerings, visit any food and beverage location at the park.

The preview replaces the sneak-peek of Dumbo and begins April 29 2019 ahead of the movie's release in theaters on May 24 2019.

Disney's Animal Kingdom will be celebrating Earth Day with Party for the Planet April 20 - 22 2019. 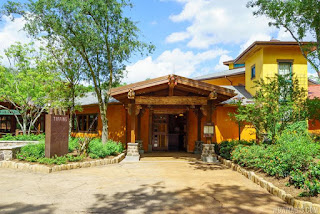 'Tiffins Talks' returns, with Walt Disney Imagineer and Portfolio Executive Joe Rohde talking about his travels around the world. The 4-course lunch features global dishes, desserts and specialty beverages. Pricing for this dining package is $199 plus tax and gratuity and requires separate park admission. Reservations can be made beginning today by calling 407 WDW-DINE (407 939-3463).

Joe Rohde will also be at Mombasa Marketplace, 10am - 11:30am April 20 and 22, where he will be on hand to sign his own unique artwork, a commemorative lion print that will be on sale throughout the event while supplies last. A wristband is required to meet Joe Rohde.

The third parking garage at Disney Springs, known as the Grapefruit Garage, will officially open on April 16 2019.

Located across from the existing Lime Garage, it will offer direct access into the Marketplace at Disney Springs via a pedestrian bridge.

With the opening of the new garage, Cast Members will now be required to park in this garage, which will free up additional space in the more conveniently located Orange and Lime garages. Guests will also be able to park in Grapefruit if they wish.

As with Orange and Lime, Grapefruit will feature the smart parking system that identifies free capacity on each level and free parking spaces within each row.

The new Disney Ticket Center is now open in the Town Center at Disney Springs. 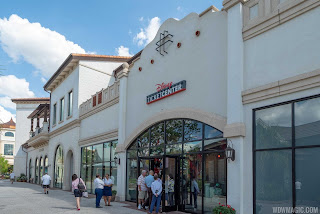 You can also pick-up guide maps for the parks and Magic Bands.