It's All in the Disney Details - Towel Animals

June 19, 2013
We’ve previously taken a look at seemingly ordinary objects such as trash cans and carpets, and today we continue that journey into the ordinary by taking a look at towels: the animal variety, that is.  Towel animals are another example of how Disney takes something simple like a towel and gives it that extra Disney touch to make them something magical.

Upon arrival to your room at a Walt Disney World resort, you can expect to see the classic Mickey silhouette in towels on the bed.  It’s such a simple shape and yet it brings so much joy.  I love seeing that silhouette because it means that my Disney vacation has really begun!  I often leave the towels on the bed as long as possible because it just feels wrong to destroy Mickey, even if it is only made of towels!
﻿

Disney housekeeping - better known as Mousekeeping - keep the creations coming throughout your stay.  After a long day in the parks, it’s an exciting surprise to find the little towel animals in various places around your room.  There are some very creative Mousekeepers who go that extra mile to add a little more magic to your vacation.
If you enjoy the towel animals at the Walt Disney World resorts, you should see the towel animals onboard a Disney Cruise Line ship!  The DCL staff take towel animals to a whole new level.  They are truly spectacular!  From turtles, to elephants and monkeys, the DCL staff make some pretty intricate creatures!  Just see for yourself: 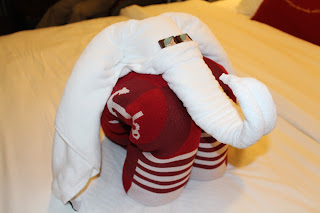 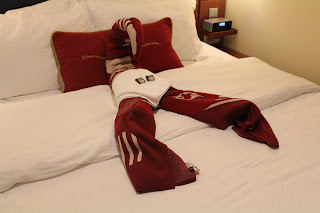 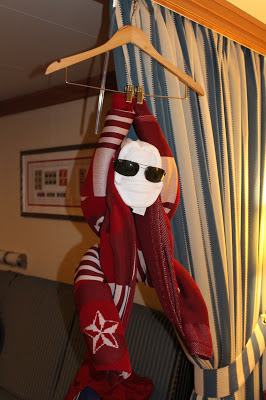 On a recent cruise on the Disney Fantasy, my husband and I took an “Art of Towel Making” course.  We were given a few towels of varying sizes and a step-by-step paper on towel folding to accompany our lesson, led by a stateroom Host.  I gotta tell you, making those towel animals is not an easy task!  Even with detailed instructions and following step-by-step instructions, it takes a lot of practice to perfect those cute little towel animals.

The Disney cast members take something as simple as a towel and turn it into something magical.  I know that those towel animals bring a smile to my face and each day I look forward to seeing what new creation is waiting for me.  It’s that extra Disney difference that makes every Disney vacation so special.

Remember, it’s all in the Disney details!

Ashley Lehman
Ashley is a Gold Castaway Club Member and has sailed on all of the Disney Cruise Line ships. You can email Ashley at ashley@kingdomkonsultant.com.