March 21, 2014
Good news for fans of Frozen's Anna and Elsa - both will be moving to the Magic Kingdom's Princess Fairytale Hall next month. Anna and Elsa are currently generating huge waits at Epcot's Norway Pavilion, with lines often reaching 4 or 5 hours, and causing significant congesting around the World Showcase promenade. The move to the Magic Kingdom's Fantasyland meet and greet location is expected to take place on 5/20/2014. Princess Fairytale Hall provides FastPass+, which will allow guests to make reservations in advance to meet the characters without the wait.

The exterior patio at the Magic Kingdom's busiest quick service restaurant has now been fully enclosed with glass walls. The old patio area at Cosmic Ray's is now fully integrated into the main restaurant dining room, which provides a lot of additional indoor air-conditioned seating capacity.


The Tinker Bell meet and greet is set to move into the Magic Kingdom's Town Square Theater this Spring. Tink currently meets guests along with her fairy friends at Tinker Bell's Magical Nook, located in Adventureland. With the Disney Princesses recently relocating from Town Square Theater to Princess Fairytale Hall, a much larger space is now available at the Main Street U.S.A. location, adjacent to the Mickey Mouse meet and greet.

Disney has not yet publicly confirmed the move, but expect it take place later this Spring. The move will also see only Tinker Bell meeting with guests, with the visiting fairy friends no longer taking part. As with other new meet and greets, FastPass+ will be available.
Wondering how Tink will fit with the placement on Main StreetU.S.A? Expect to see a back story created that will involve the discovery of a portal leading directly to Tinker Bell's Magical Nook inside the theater. 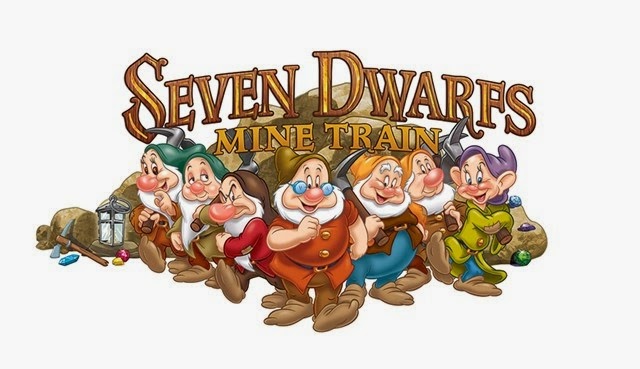 Disney has today revealed the logo for the upcoming Seven Dwarfs Mine Train coaster in the Magic Kingdom's New Fantasyland. There is still no confirmed opening date, but soft openings remain expected Spring 2014.


Disney is once again offering a Spring merchandise discount for those dining at select Walt Disney World quick service restaurants.

When you dine at one of the restaurants listed below you will receive a coupon at the bottom of your receipt that you can use at participating merchandise locations between store opening and 1:00 PM. The offer is valid from 3/18/2014 through to 4/29/2014.