As always, space for the relays is limited, so check in early (up to 30 minutes before each hunt) to get a place. Be sure to check times guides on the day for any changes to schedules.

The biennial event brings together tens of thousands of Disney fans from around the world, and in 2019 will include more than 50 shows, presentations, and panels, including the Disney Legends Ceremony; an all-new exhibit curated by the Walt Disney Archives; a daily parade down the middle of the show floor; D23 Expo’s costume contest, Mousequerade, showcasing the most creative designs by fans; and the D23 Expo Design Challenge.

All of the popular presentation venues will return, including Hall D23, the Expo Arena, Stage 28, and Center Stage. 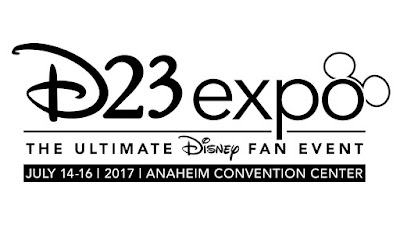 Tickets for D23 Expo 2019 will go on sale at D23expo.com beginning August 23, 2018. Special pricing on both one- and three-day tickets to the event—including an Early Bird Discount—will be exclusively available to D23 Gold Members. D23 Gold and Charter Members will also be entitled to special benefits at the 2019 Expo. D23 Gold Members will also have an opportunity to purchase the Sorcerer Package, which provides a host of special benefits and amenities. Ticket prices will be announced later this summer.

"Creating Tradition: Innovation and Change in American Indian Art" is a new exhibit coming to the American Heritage Gallery at Epcot.

Opening this summer, the gallery inside the American Adventure pavilion will be produced with the collaboration of the Museum of Indian Arts and Culture (MIAC) in Santa Fe, New Mexico, and the Smithsonian’s National Museum of the American Indian (NMAI) in Washington, D.C.

Similar to previous exhibit at the American Heritage Gallery, this new exhibition will feature interactive elements, where some of the artists will share the creative process and inspirations behind their works in their own words.

Walt Disney Imagineering has partnered with NVIDIA, ILMxLAB and Epic Games to develop new technology to drive the attraction.

“We worked with NVIDIA engineers to use Quadro-specific features like Mosaic and cross-GPU reads to develop a renderer that had performance characteristics we needed,” says Bei Yang, technology studio executive at Disney Imagineering. “Using the eight connected GPUs allowed us to achieve performance unlike anything before.”

Yang and Principal Software Developer Eric Smolikowski dove into more details during their GTC talk, “Walt Disney Imagineering Technology Preview: Real-time Rendering of a Galaxy Far, Far Away,” and discussed how Disney Imagineering took advantage of the latest NVIDIA technology and the technical modifications they made for the Unreal Engine, which allows eight GPUs to render at unprecedented quality and speed.

You can see a sample of the on-screen visuals from the Millennium Falcon attraction at the NVIDIA website.