According to Imagineer Kathy Mangum, it will be "a show unlike anything we've got anywhere else," and appearing with Lightning McQueen in the show will be Cruz Ramirez and Mater. 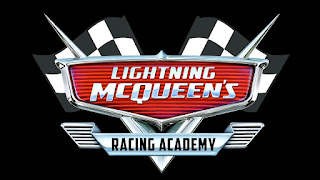 The all-new show-attraction, to be located in Sunset Showcase near Rock ‘n’ Roller Coaster, will immerse guests in the world of Cars and bring them face to face with racing legend Lightning McQueen. With help from friends Mater and Cruz Ramirez, McQueen will demonstrate racing techniques on a new simulator and share career highlights with his guests. Of course, this is Lightning McQueen, so a few twists and turns are to be expected on the road ahead.

According to Disney, "The attraction will totally immerse guests in a cartoon world and will feature a new catchy theme song created especially for the attraction.

The fun begins when you see the premiere of a new cartoon short with Mickey and Minnie preparing for a picnic. As they head out, they drive alongside a train and find out that the engineer is Goofy. Then, one magical moment lets you step into the movie and on Goofy’s train for a wacky, wild ride.

The teams helping create the attraction are currently working with partners at Disney Television Animation to keep the characters and storyline authentic – and allow guests to join Mickey and his friends like never before."

Mickey's Runaway Railway will open in the Chinese Theater at Disney's Hollywood Studios in 2019.


The 23rd Epcot International Food and Wine Festival gets underway next month for 75 days of food and drink.

New for 2018 will be the Taste Track global marketplace, featuring specialty croissant doughnuts (add gelato for an extra-sweet treat).

The recently renovated Wonders Pavilion is expected to return as the Festival Center.

Eat to the Beat concerts – 225 shows in all – will take to the America Gardens Theatre stage three times each night with new musical acts including Vertical Horizon, Sheila E, 98 Degrees, MercyMe and Glass Tiger, along with returning festival favorites spanning a broad range of eras and genres from rock and pop to rhythm and blues.

Party for the Senses at World ShowPlace, will welcome acclaimed chefs and vintners Sept. 22, Oct. 6, 13, 20 and Nov. 10 to showcase creative bites and palate-pleasing sips with sensational live entertainment.

“Mix It, Make It, Celebrate It!” hands-on workshops Wednesdays and Thursdays will offer new opportunities for guests to interact with visiting chefs, bakers, mixologists and other pros. Event hosts and topics will be announced this summer.

Popular TV chefs and other culinary icons will entertain guests and inspire their palates at festival seminars and other events. Just a few of the big names on tap are Robert Irvine, Maneet Chauhan, Jet Tila, Shaun O’Neale, Keegan Gerhard, Dan Pashman and Rock Harper.

A “Ratatouille”-inspired adventure is back as Chef Remy encourages families to play together during Remy’s Ratatouille Hide ‘n’ Squeak scavenger hunt. This year Remy is hiding in all new locations.

The complimentary Back to Basics weekend series offered in the Festival Center will share epicurean tips and tricks from the pros. Book and bottle signings by some of the world’s top vintners will be available, and The Chocolate Experience: From Bean to the Bar, hosted by Ghirardelli, will offer guest samples.

Culinary Demonstrations and Beverage Seminars will offer daily learning and tasting sessions at the Festival Center. On select Saturdays, Cheese Seminars will be a fromage fan’s delight.

Eat to the Beat Dining Packages and other Specialty Dining and Pairing events will be on tap at a number of Epcot participating restaurants. Bookings for special programming and premium festival events is open now.