Disney has announced that a both the Walt Disney World Railroad and The Tomorrowland Speedway will be interrupted during the construction of the new TRON coaster at the Magic Kingdom.
The Walt Disney World Railroad will temporarily take up residence at the Main Street Station starting in December 2018, pausing its grand-circle tours of Magic Kingdom Park. During this time, you will be able to get an up-close look at the railroad and take advantage of one-of-a-kind photo opportunities.

The Tomorrowland Speedway will close for a portion of 2019, as the attraction’s track is adjusted. It will reopen as the same attraction in the summer of 2019.

An enhanced Wi-Fi service is being rolled-out across the Walt Disney World Resort hotels, with Disney's Port Orleans French Quarter the first to be updated.

The new service is live now, and can be accessed via the "WDW Resorts Guest" SSID name. Enhanced Wi-Fi is available in both public spaces around the resort and in guest rooms. 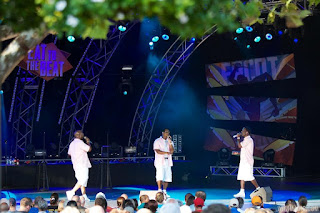 Smash Mouth and Anderson East have been added to complete the line-up for the 2018 Eat to the Beat concert series at this year's Epcot International Food and Wine Festival. 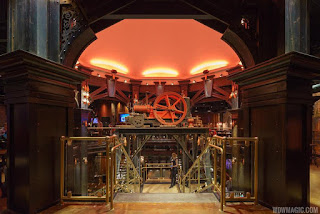 The Edison at Disney Springs is hosting "A Gatsby Evening" on September 2 2018, priced at $75 per person plus tax and gratuity.

Celebrate Labor Day at Disney Springs by getting all dolled up in your best flapper attire, jazzed up in your 1920s style suits, and get ready to dance the night away in style. From the moment you step on the red carpet and enter the opulent party setting, be prepared to be entertained. From flair-tenders serving swanky spirits, flying aerial champagne performers, burlesque dancers, cigar rollers, a live band, stilt-walkers and more, you will be dazzled till the end. Sip complimentary bubbles of Moet Champagne and enjoy The Edison's full food & beverage menu for purchase. 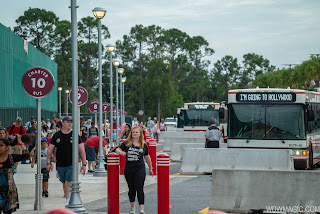 
Disney has updated its 'My Disney Experience' app to also include the 'Shop Disney Parks' app functionality.

'Shop Disney Parks' launched in August 2015, making it easier to locate merchandise at the parks, and also to order products when not at Walt Disney World.

Even though you can use 'My Disney Experience' for your shopping needs, it appears that the 'Shop Disney Parks' app will continue to be offered as a stand-alone app.

Drivers heading to the monorail resorts will notice a few changes as the first of two World Dr. overpasses has now opened.

Drivers heading toward north on World Drive towards the Contemporary will now use the left lane to access the new northbound overpass.

If you are heading towards Fort Wilderness Resort, you will continue to exit World Drive from the right lane onto Vista Blvd.

Guests heading towards the magic Kingdom will continue straight and use the auto plaza as normal.

The new southbound overpass is expected to open soon. 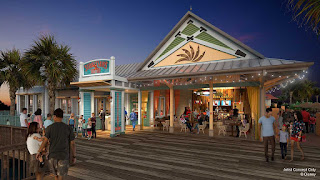 When the reimagining of Old Port Royale is complete later this year at Disney's Caribbean Beach Resort, a new table service and quick service restaurant will open in a new location on the waterfront.
Sebastian's Bistro will offer a menu that blends Latin and Caribbean flavors, the interior will reflect a tropical beachfront home, from coral patterns and kelp filigree, to lure-inspired art and nautical designs.

Opening alongside the resort's renovations later this year, Centertown Market will continue the indoor street market vibe of its predecessor. 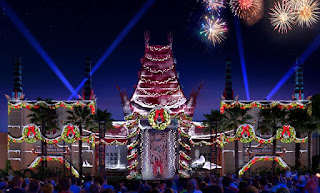 Like last year, a ticket will get you access to a dessert party along with reserved viewing for both Disney Movie Magic and the holiday firework and projection show - Jingle Bell, Jingle BAM!

According to Disney's announcement, you’ll enter the space under a large palapa-like structure, accented with glowing, colored light pendants made from glass bottles. The market will feature open shutters, wooden light posts, awnings, ornamentation and unique seating areas. You will also have access to the Grab n’ Go market for specialty coffee and quick bites.

Reservations are now open, and can be made by calling 407-WDW-DINE or online. Admission to Disney's Hollywood is required.

Disney is embarking on a program to enhance the arrival experience at all four of its Walt Disney World theme parks over the coming years.

The goal is to make the arrival experience at the parks a more pleasant experience, and will cover every aspect, from the roadways, to parking lots, security checkpoints and walkways.

Disney's Hollywood Studios will be the first park to receive the enhanced experience, with a new parking lot main entrance currently under construction from Osceola Parkway planned to open later this year.

As the guest count at Walt Disney World continues to rise, Disney has also been upgrading many of the roadways around the resort. The area around Disney Springs has seen considerable change, which has greatly reduced congestion in that area. This month has also seen the opening of a new flyover on World Drive, bypassing the Magic Kingdom auto-plaza.