April 19, 2019
Welcome to the latest edition of Ears the News 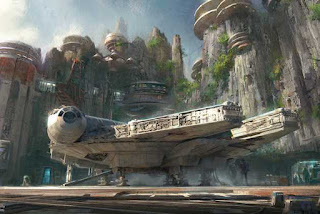 Most interestingly, the video shows a look at the full-size First Order Troop Transport that will be the ride vehicle for the land's signature attraction - Rise of the Resistance.
Video from the Disney Parks Blog
https://www.youtube.com/watch?time_continue=1&v=Ct6-0m-9r7w
Disney  also live streamed the “Bringing Star Wars: Galaxy’s Edge to Life at Disney Parks” panel that occurred on Saturday which featured Chris Beatty, Asa Kalama, Margaret Kerrison and Scott Trowbridge from Walt Disney Imagineering and Doug Chiang and Matt Martin from Lucasfilm.
The panel begins at roughly 24 minutes in.
Video from Star Wars.com
https://www.youtube.com/watch?time_continue=2&v=pPIyVPlwBL4
In a land where everything must fit authentically within the Star Wars universe, selling regular Coca-Cola packaged products was a no go. So together, Disney, Coca-Cola, and Lucasfilm Ltd designed unique packaging for Coca-Cola, Diet Coke, Sprite and Dasani bottled water.
And like much of the food and beverage at Galaxy's Edge, you will only be able to buy this on Batuu.
Video from the Disney Parks Blog.
https://www.youtube.com/watch?v=5sAstC56zmE

Disney has announced that a new lounge inspired by Beauty and the Beast will replace Mizner's Lounge. 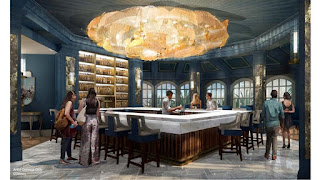 According to Disney, this re-imagined lounge will feature four unique spaces inspired by Belle and the Beast. The signature bar will glow from the light of a gold chandelier that takes its inspiration from Belle’s flowing ball gown, with subtle nods to the Beast’s magical rose.
The formal library showcases classical baroque designs and French furnishings inspired by Belle, with hints of the Beast’s friends.
The garden room will be a whimsical space that draws its inspiration from the enchanted forest surrounding Beast’s castle.
Finally, an outdoor patio will evoke the romance of Beast’s garden terrace.
To make space for the expansion, Mizner's has already closed, along with the adjacent men's apparel shop Commander Porter's. Summer Lace on the ground floor will ultimately become home to both men's and women's apparel.
Construction is already underway, with the area around Mizner's and Commander Porter's sealed off and a temporary bar has been setup on the ground floor during the work. 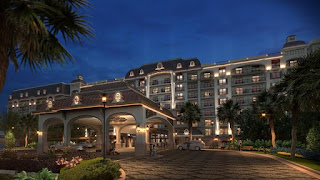 As part of the opening of general sales, Disney Vacation Club is offering savings of $2250 when you become a DVC member at Disney's Riviera Resort by May 31 2019. 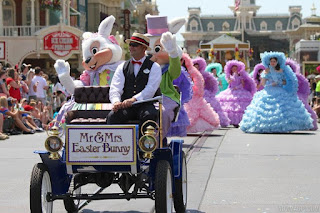 The Egg Hunts will take place every 10 minutes from 11am to 3:30pm. Check-in opens 30 minutes before each hunt. A separate hunt will be available for kids under 3.
Egg Relays will take place 11:40am to 3:40pm for ages 8 to 12.
Mr. and Mrs. Easter Bunny will also be on hand for meet and greet photos from 11:30am to 4pm.
There will also be an Easter Basket Toss, running continuously.
As always, space for the relays is limited, so check in early (upto 30 minutes before each hunt) to get a place. Be sure to check times guides on the day for any changes to schedules.

The Magic Kingdom will be celebrating Easter with a pre-parade before Festival of Fantasy Parade, featuring the Azalea Trail Maids, Mr. & Mrs. Easter Bunny, Daisy, Duck, Thumper & Ms. Bunny, White Rabbit, Yellow Rabbit, Clara Cluck, Hippos, Ostriches, and Dancing Chicks.
The pre-parade begins at 2:40pm on both April 20 and April 21 2019. The Azalea Trail Maids will also be appearing in Town Square from 9:45am - 10:30am and 11:30am to 12:15pm on both days.
You can also meet Mr. and Mrs. Easter Bunny in the Town Square Courtyard daily through April 21.

If you are still looking for ideas for Easter dining on April 21 2019, Disney Springs has several great options including brunch and dinners.

The Orlando Sentinel got a close-up look at the Disney Skyliner system earlier today and posted some images of the gondola cabin interiors. 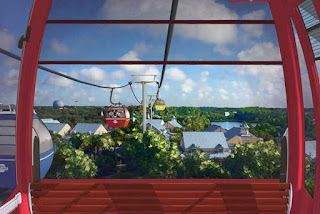 Each gondola cabin has two wooden bench seats that can accommodate up to 10 guests per cabin. Although there is no air conditioning, each cabin has reflective windows to block the sun and plenty of ventilation.
The 300 gondolas on the Disney Skyliner system will travel at 11mph at heights of up to 60ft.
A link to the full article is below.
https://www.orlandosentinel.com/business/os-bz-gondolas-disney-sneak-preview-20190416-story.html
Disney has also released a new video on the Skyliner.
https://www.youtube.com/watch?v=DwJrkFlOKKg

The ABC Commissary at Disney's Hollywood Studios will be closing for a refurbishment later this month.
The closure begins April 28 2019 through to June 1 2019.

Disney has released details for the May 1 2019 celebration of the 30th Anniversary of Disney's Hollywood Studios. 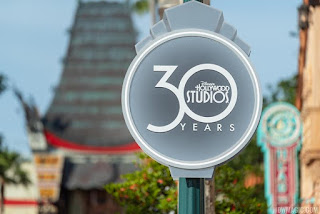 Park hours on May 1 are 9am to 9pm, with the Disney After Hours ticketed event being offered from 9:30pm to 12:30am.
Here is a run-down of the special entertainment and offerings.

PizzeRizzo at Disney's Hollywoods Studios will reopen for business on May 4 2019 after being closed since late October 2018. 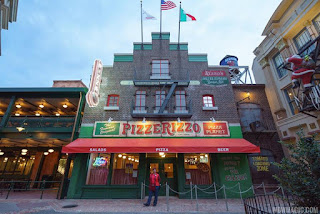 The official Disney Parks Blog has released more information on the upcoming Disney Villains After Hours coming to the Magic Kingdom this summer. 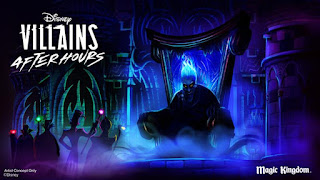 The new 20 minute villains stage show will be called 'Villains Unite the Night,' and will take place three times each night.
In addition to the stage show, Maleficent from Festival of Fantasy Parade will be let loose into the park, and special overlays will be found at Space Mountain and Pirates of the Caribbean.
According to the Disney Parks Blog post, "A dark magic is taking over Magic Kingdom Park and inviting you to run amuck in the Villains’ scary world. The party DJ gets things lit, energizing the castle stage with sick beats and transforming the entire Central Plaza of the park into a killer club scene. As the party heats up, the DJ introduces your “Caretaker” for the evening, the Lord of the Dead, Hades, who arrives in a burst of blue flames for the all-new show, “Villains Unite the Night.”
With Meg by his side, Hades sits atop his dark throne awaiting the alignment of five planets, following a prophecy that states when the five come together he will be able to rule the universe. But this dastardly plan doesn’t go quite as expected, when an assemblage of Disney Villains interrupts his party. Jafar, The Queen, Dr. Facilier and Maleficent arrive with henchmen in tow, prepared to showcase their power with spine-tingling displays of skill. It seems these Villains have also heard the prophecy and believe they are the ones who will rule all."
“I think guests will really be impressed with ‘Villains Unite the Night!’” said Kate Pappas, managing producer with Disney Parks Live Entertainment. “This show is going to be more than 20 minutes long and run three times each night of the event, so everyone will have a chance to see all these great Villains on stage. Add in our amazing DJ, and the hub of the park will be pulsing with energy all night long!”
Disney Villains After Hours tickets cost $139 plus tax in advance, $144 plus tax on the event night. Annual Passholder and Disney Vacation Club Members get a $30 discount and can purchase tickets for $109. Tickets for these specific Disney Villains After Hours event nights will go on sale April 29. Regular Disney After Hours events cost $125 + tax for advance purchase and $129 + tax for day-of purchases. Disney Vacation Club members and Annual Passholders do receive a discounted price of $95 + tax.
Disney Villains After Hours is scheduled for: