The merchandise location refurbishments are continuing at Disney's Hollywood Studios, with Mickey's of Hollywood closing May 14 to begin a remodel. 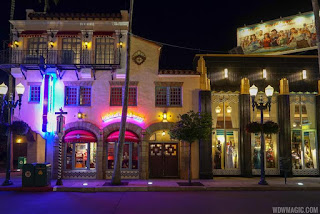 Mickey's of Hollywood is the main store in the park, found along Hollywood Boulevard near to the main entrance. It will join Keystone Clothiers, the former Planet Hollywood store and Legends of Hollywood - all in refurbishment. The redesigned store is expected to reopen in September 2019, still offering a similar variety of product.

Disney is about to unleash its new Designer Mouse Ears at Walt Disney World and the shopDisney app. 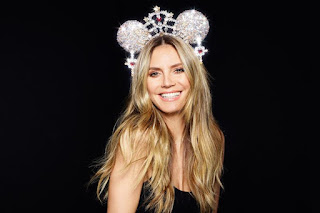 Remember the “Rose Gold” craze? This should be that insanity turned up to 11. The limited release Mouse Ears will be designed by notable celebrities, designers and artists - including Disney Imagineer Joe Rohde.
Here is the release schedule so far:

The designer Ears will be available at Ever After Jewelry Co. & Accessories, MouseGear, Uptown Jewelers, Once Upon a Time and Discovery Trading Company and online at shopDisney.com/Disney-Parks-Designer-Collection.

Launched in summer 2018 to turn wait time into play time, the app debuted with interactive experiences and activities created for select attraction queues, including: “Playset Party” at Toy Story Mania! in Disney California Adventure park and Disney’s Hollywood Studios, “Off to Neverland” at Peter Pan’s Flight at Disneyland park and Magic Kingdom, “Rocket Race” at Space Mountain at Disneyland park and Magic Kingdom, and “Andy’s Boardgame Blast!” at Slinky Dog Dash coaster at Disney’s Hollywood Studios.
Since then it has expanded to include Pandora - The World of Avatar, and later this year - Star Wars Galaxy's Edge.
Here are the details on the two new games:
The Zip-A-Dee-Doo-Dah Day: Guests will find their laughing place as they play together through a series of Splash Mountain-themed mini-games featuring some woodland pals from the attraction. After completing these whimsical challenges, guests are rewarded with special photo frames to help them capture their memories. This experience is a great way to turn wait time into play time while waiting in line for the attraction, and it can also be played anywhere at Walt Disney World Resort!
Disney Kidcot Puzzle Hunt: Guests will embark on an interactive world tour to find physical jigsaw puzzle pieces throughout the Kidcot Fun Stops in all 11 World Showcase pavilions. After completing a pavilion’s puzzle hunt through the app, guests are rewarded with digital jigsaw puzzles and special photo frames themed to each pavilion to commemorate their journey around the world. It’s a perfect companion to the existing Kidcot Fun Stop activities the park offers.
Video from Disney Parks
https://www.youtube.com/watch?v=3D7X7FZNiW4

House of Blues Orlando at Disney Springs is celebrating all-things bourbon in June with a month-long Bourbon Fest From June 1 through June 30 2019. 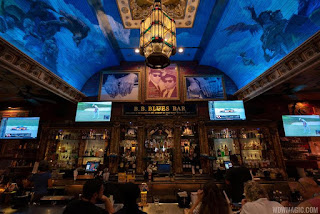 House of Blues will feature cocktail specials, bourbon flights and special events, including National Bourbon Day, Smokehouse Smokeout and Father’s Day Bourbon and Blues Brunch. Here is a run-down of some of what will be offered:
June 1st- 30th: Bourbon Fest
Featured cocktails and whiskey flights.
June 14th: National Bourbon Day
11:30 AM – 1:00 AM
Specials on Jim Beam, Maker’s Mark and Knob Creek all day in the Restaurant and Bar, Courtyard and Smokehouse
June 15th: Smokehouse Smokeout
1 PM – 4 PM: Bourbon flights, BBQ, Cigars and Live Music in the House of Blues Courtyard
Smokeout package, available for $75 at the box office, includes:

The new signature restaurant being built at the Japan pavilion in Epcot will be named Takumi-Tei, which means house of the artisan. 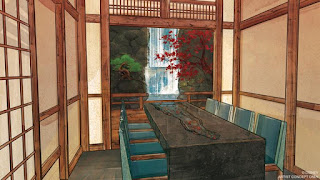 Operated by Mitsukoshi USA, which also operates the merchandise and restaurants in the Japan pavilion, Disney describes the food as inspired by the wonderful collaboration between nature and takumi, the artisan.
Wagyu beef will be on offer, along with a multi-course tasting menu with traditional tea service. Drinks will include signature cocktails, premium sake and a wine and craft beer menu.
The opening of Takumi-Tei is set for summer 2019.

Disney has released a 360 degree video that lets you take a look around the famous 'chess room,' one of several areas that you will discover inside Millennium Falcon: Smugglers Run at Star Wars: Galaxy's Edge. 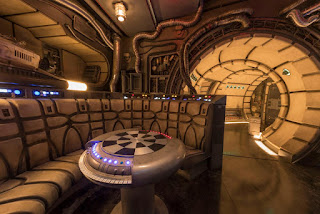 The room serves as part of the pre-show holding room where you will be able to explore before taking the controls in one of three unique and critical roles aboard the Millennium Falcon.
Video from Disney Parks
https://www.youtube.com/watch?v=fndphsrdfM8

Disney has shared a TRON construction update with a video shot on the site of the new coaster at the Magic Kingdom. 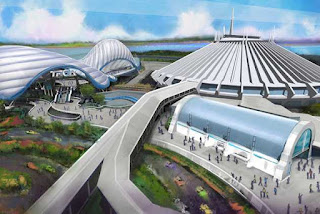 The TRON attraction is set to open at Magic Kingdom Park in time for Walt Disney World's 50th anniversary in 2021.
Video from Disney Parks:
https://www.youtube.com/watch?v=J28kXUgn8so