Review: The I Lava You Float and Fried Potstickers 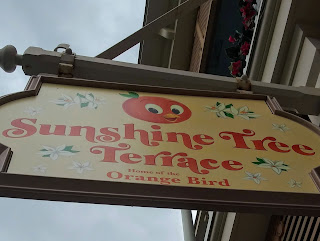 Ready for a tasty snack review? This one is a two-for-one since both of the items are at the same location, the Sunshine Tree Terrace in Adventureland at the Magic Kingdom. We've got a beverage for you, as well as a snack! 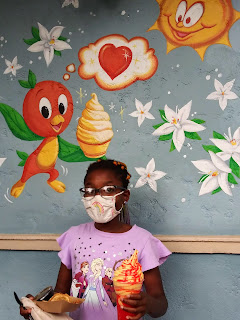 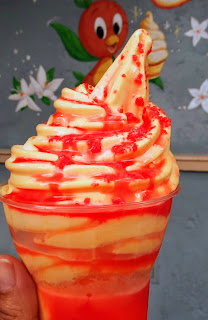 First up, who doesn't LOVE Pixar's animated short "Lava"? We adore it in this house and it's still one of my son's favorite songs to fall asleep to. Of course, we HAD to try the "I Lava You" Float! This colorful float starts with strawberry Fanta soda and is topped with a generous portion of orange-flavored Dole Whip. The swirl is then topped with a drizzle of passion fruit syrup and red popping candy. The whole thing looks like molten lava, (and it's especially clever how Disney even manages to make it hot out so that the lava begins melting as soon as you get it! 😉).

And it's not just pretty folks, it's pretty tasty too! I wasn't sure how I would feel about it, since I am not wild about passion fruit, but the mix of fruity flavors actually just gave the drink a fruit punchy kind of taste. No one flavor dominated and it was just a refreshing, tropical treat! The portion of orange Dole Whip was huge and easily shareable. In fact, it's probably best to either eat it with a buddy or get a second cup to spoon out some of the Whip into. Otherwise, it's hard to get to the soda before everything is a melty mess. Overall, at $6.99, and a huge, shareable portion, I'd say this one's a winner! 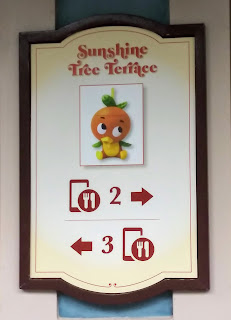 What goes better with a sweet drink than a savory bite or two? The Fried Potstickers are a great accompaniment! The five fried potstickers are filled with pork and veggies and come with a side of orange sesame ginger dipping sauce. They had a nice, crispy exterior, and a crunchy, flavorful filling. Very reminiscent of the 'Ohana potstickers! The dipping sauce really pulled them all together though, so I highly recommend not skimping on the sauce. These were also priced at $6.99 for the serving. In this case, I'd say that's a little high, considering that the dumplings themselves are pretty small, and you only get five of them. There are other snacks that you could get that would be more filling and a better value, but they are good, so if you're craving potstickers, you will NOT be disappointed! 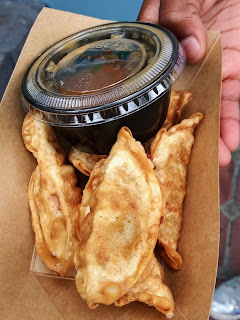 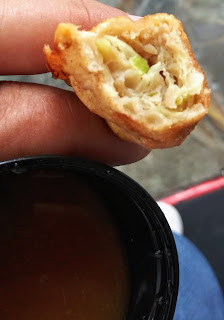 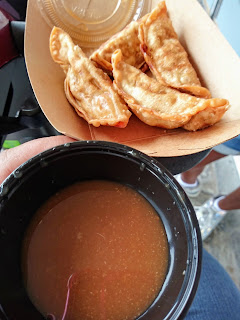 So, what do you think? Will you be trying one of these out on your next trip to the Magic Kingdom? Keep in mind that all Disney menus are subject to item and pricing changes, so get 'em while you can! Until next time, Friends, have a magical week!

Jenn | The Inclusive Mouse
Jenn is an Orlando local, with Disney as her playground! You can find her in the parks with her Hubs and Kiddos almost any day, and she's happy to report all her favorite eats and pics with us all.