Citricos has long been a staple at Disney's Grand Floridan Resort and Spa but it recently underwent a rather lengthy refurbishment which had it keeping the Citricos name but introduced touches of Mary Poppins Returns throughout the restaurant and gave everything a little refresh.  The restaurant remains a Signature Dining experience and is open for dinner service.  We of course had to check out the changes but didn't want to be tied to a reservation time so opted to try for the lounge instead which is walk-up, first come, first serve seating.  There are three small tables with cozy chairs and couches and a small bar area.

The details are beautiful from when you first walk in, the choices of fabrics on the chairs to the intricate lighting.  There is so much to see and take in.  We were lucky enough that there was an open table when we arrived so we had no wait and sat right down.  There are also lovely windows here for views of the Grand Floridan grounds. 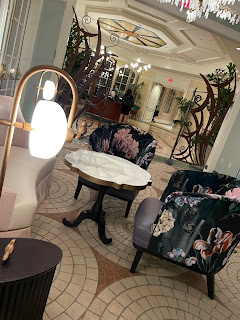 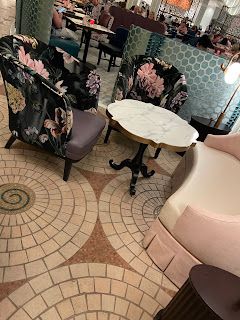 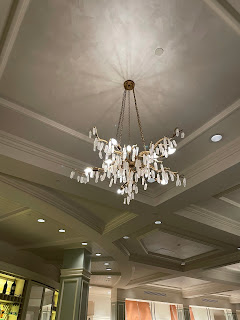 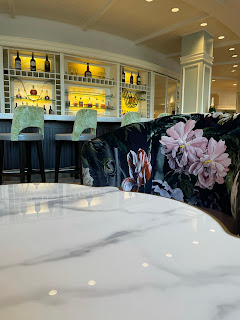 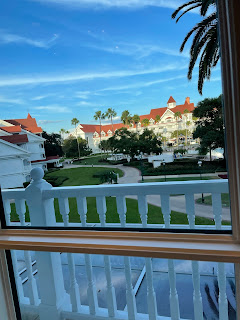 This is a lounge so of course we started with some cocktails.  There is also a great selection of zero-proof cocktails for kids and those who prefer drinks sans-alcohol.  I don't often mention servers by name in reviews, but our server was Alexa and she was just incredible.  She anticipated our needs before we even knew we had them and just really went above and beyond for us throughout the evening.  But I digress, back to the cocktails.

The first two pictured are an Orange Blossom Martini (Diplomatico Rum, Orange Blossom Honey, Lemon Juice and Ginger Foam) and a 212 Manhattan (Angels Envy Bourbon, Bertrand Banyul’s and Chocolate Bitters).  Both were delightful but the martini was the definite winner.  It was so light and refreshing with the little zing of the ginger foam.  The Manhattan was a classic and we are Angels Envy fans but at the end of the day it was still pretty much a Manhattan, great but not as special at the martini.

Next up we have the Passion Margarita (Don Julio Reposado, Chef Orange Reduction, Passion Fruit and Passion Fruit Pearls) which was again a great and refreshing take on a margarita.  It was light and refreshing and maybe a little too easy to drink, coming from someone who doesn't like tequila, this was great! The last drink we tried was the Magical Beacon Cocktail (Gin, blue curaçao, Minute Maid Premium Lemonade, orgeat (almond) syrup, lemon, hibiscus grenadine, and a souvenir glow cube.) which is a specialty beverage being featured across the resort for the 50th anniversary celebration.  It was a little on the sweet side and while I'm glad I tried it, I probably won't be rushing back to try it again.  The other cocktails we tried were far superior here.
Since this is a lounge you can definitely just stop by for drinks or have drinks here while waiting for your table in the restaurant, but we were here for a meal so we got the food menu and had a really hard time narrowing down what to order, everything sounded so good.  With some guidance from Alexa, we opted for two appetizers and an entrée to share. 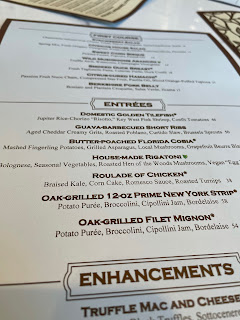 Food service kicked off with some bread and butter, and while it seems simple, this butter was so tasty. 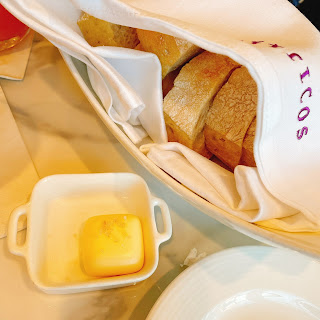 For our appetizers we went with the Smoked Duck Breast which is served over house-made tagliatelle pasta and the Sweet Corn Bisque which is garnished with fennel and popcorn.  The duck breast was cooked beautifully and the fresh pasta really elevated the dish, a definite winner.  But the star here was the corn bisque!  A humble corn soup just really wowed us.  It was comforting without being too heavy, and the popcorn and fennel took it to a whole new level.
It was honestly going to be hard to top what we had tried so far, but we once again went with Alexa's suggestion and ordered the Guava Barbequed Short Ribs served over creamy grits with brussels sprouts.  The bright red color of the BBQ sauce was a little jarring at first, but once you dug in the sweet and tangy flavors of the guava with the barbeque paired so beautifully with the short ribs.  And can you really go wrong with cheesy grits?  The texture of them was great and we really enjoyed their compliment to the beef.  We were once again very happy with our choice here.
Even though we were pretty stuffed we still opted for a latte, dessert and dessert wine.  The latte was surprisingly large and you can tell it delighted Agent Elizabeth!  When we learned that the classic Chocolate Torte got an upgrade for the 50th celebration we decided that was definitely the dessert we had to have, plus we love chocolate so it was a pretty easy choice.  For the dessert wine, we went with Alexa's recommendation once again and it was the right balance of sweet but not overly syrupy but I honestly don't remember which one it was, but it was delicious!  The dessert was almost too pretty to eat but we quickly got over that and dug right in.  The cherries balanced with the chocolate and were the perfect end to our meal!
Overall we had a wonderful meal, incredible service, and a beautiful atmosphere.  I wouldn't hesitate to come back here and would recommend it for an upscale break from a Magic Kingdom day (hop on the Resort Launch for a direct boat ride to the Grand Floridian!)  After our meal we enjoyed some shopping around the Grand Floridian and caught the fireworks from the Grand Floridian Marina as a much less crowded alternative to viewing from Main Street U.S.A. in Magic Kingdom. 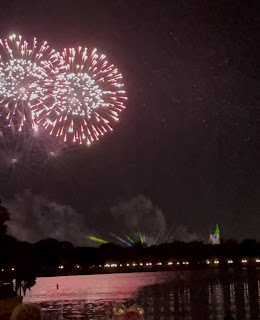 What do you think, is Citricos on your must-try list?  Let us know your thoughts in the comments below!

Maci is an avid foodie and loves trying out new restaurants and seasonal food offerings in the parks.  You can email Maci at maci@kingdomkonsultant.com.