The recent Star Wars Celebration in Chicago revealed a lot of new merchandise that will be available in Star Wars Galaxy's Edge, and Disney has today released a recap video of some of the product highlights.

Here is a quick overview of all the merchandise locations found in Galaxy's Edge.

Savi’s Workshop – Handbuilt Lightsabers – Guests come to the workshop to meet with the Gatherers – a secretive group of people who have dedicated their lives to restoring balance in the galaxy by passing on their knowledge of Jedi lore and the Force. The workshop Master guides guests to customize and build their own unique lightsabers, and instructs them on the ways of the Jedi.

Droid Depot – Visitors to Mubo’s workshop can choose parts and construct their own individual astromech droids to accompany them on their journey, and then take them home with them.

First Order Cargo – A spaceport hangar bay serves as the temporary base and landing spot for the First Order. First Order officers have brought in crates of gear, uniforms and other supplies to win the hearts and minds of locals and visitors to Black Spire Outpost.

There are also several market stalls which sell a variety of merchandise such as:

The opening date for Mickey and Minnie's Runaway Railway will be pushed back into 2020.

Disney confirmed that Mickey and Minnie's Runaway Railway will be opening in Disneyland Resort
in 2022, and that the ride will open in Disney's Hollywood Studios in Spring 2020. If you read our forums, you will be aware that this delay has been expected for some time. The resources of Walt Disney Imagineering are spread across a number of projects, and all attention appears to be concentrated on opening the incredibly complex Rise of the Resistance attraction at Star Wars Galaxy's Edge.

Disney's Animal Kingdom will debut an updated version of Rivers of Light this summer featuring Disney movie imagery and music.

Titled “Rivers of Light: We Are One,” the revised show will introduce additional imagery and familiar animal characters from Disneynature films, along with classic moments from Disney animation.


The soundtrack will also be updated to include arrangements of the original Rivers of Light music alongside familiar Disney themes.

These changes appear to have been in response to a luke-warm reception to the original early 2017 Rivers of Light by park guests. Although many fans appreciate the subtlety and on-theme design of the show, some guests have expressed disappointment in not seeing and hearing familiar Disney characters and themes in the show.

The new show will begin on Memorial Day Weekend 2019. 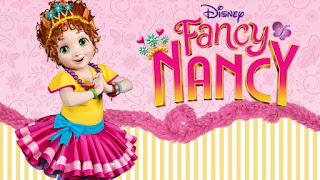 Sofia the First will be leaving both the Animation Courtyard and Hollywood & Vine to make way for Fancy Nancy.

The Trophy Room in the Town Center at Disney Springs will be closing on May 31, 2019.

According to the company, the store will be shifting operations to online-only as the boutique
relocates in the Orlando area. Details of the relocation are not yet available.

Founded by Marcus Jordan and opened in June 2016, the store is inspired by the real-life trophy room of his father, Michael Jordan.

Along with the range of high-end sneakers, shoppers can find exclusive merchandise and memorabilia from the Jordan family.

The United States Navy's flight demonstration squadron -The Blue Angels, are scheduled to make a fly over of Epcot on May 2, 2019.

The 6 McDonnell Douglas F/A-18 Hornets are expected to make two passes, first in a formation flight, and the second a Delta break over Spaceship Earth. The team will be honoring Military Appreciation Month in May.