June 01, 2019
Welcome to the latest edition of Ears the News

The ABC Commissary at Disney's Hollywood Studios has reopened this week with new decor and other enhancements. 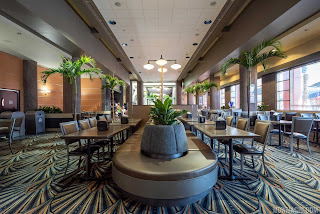 Along with an interior update, the restaurant has also transitioned to a fast-casual dinner service that includes reservations. Each night starting at 4pm, guests with reservations will be able to place an order, take a pager and find a seat. Then, when the order is ready, the food will be brought to your table as before. The menu remains largely unchanged, although there is a new Pot Roast served over mashed potatoes and root vegetables with beef gravy and onion straws on the dinner menu.
Walk-ups will still be available, although wait times may be longer. Mobile Order will no longer be available for dinner, for guests with or without reservations. Lunch service is unaffected and remains walk-up only as a counter-service offering.

D23 Expo 2019 is just under three months away, and Disney has today confirmed that more Epcot announcements will be front and center. 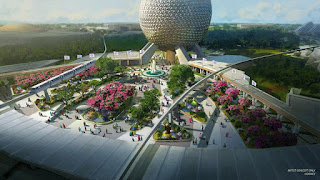 According to a post on the Disney Parks Blog, new information will be shared on the changes coming to the central spine of the park behind Spaceship Earth, new logos, and more about "What makes Epcot, Epcot." 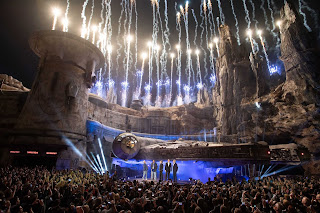 On hand for the grand opening were none other than George Lucas, Harrison Ford, Mark Hamill and Billy Dee Williams. In a Star Wars legend-packed event last night at Disneyland, Disney chairman and CEO Bob Iger unveiled Star Wars Galaxy's Edge, opened to the general public at Disneyland Park on May 31, and will open at Disney’s Hollywood Studios at Walt Disney World Resort in Florida on Aug. 29.

“Star Wars: Galaxy’s Edge is absolutely amazing and we are thrilled to finally share it with the world,” said Bob Iger, chairman and CEO of The Walt Disney Company. “Now, for the first time, fans will be able to immerse themselves in the iconic stories that have captured audiences’ imaginations for decades and live their own Star Wars adventures in the most creative, innovative and ambitious land we’ve ever built.”

In a ceremony set to the soaring John Williams score composed especially for the land, global media and invited guests were the very first to see the fastest hunk of junk in the galaxy roar to life.

More acts have been added to the 2019 Eat to the Beat concert series line-up at this year's Epcot International Food and Wine Festival. 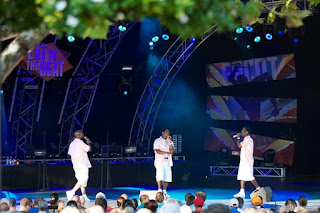 India, Taylor Dayne and Kenny G are among the new additions.
Here is the provisional Eat to the Beat performer schedule for 2019:

Eat to the Beat concerts are performed three times per night and entry is included with your Epcot admission. Dining packages are also available which give you reserved seating.