February 14, 2020
Welcome to the latest edition of Ears the News

The water playground at Disney's Grand Floridian Resort will be closing for refurbishment early next week. 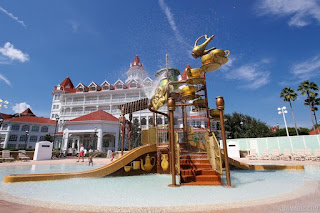 The refurbishment is expected between February 10 and March 20, with a reopening on March 21 2020. The resort's other pools will remain open as normal, and there will be transportation to the nearby Polynesian Resort for those guests wishing to use a splash playground.

Operating hours for the first two weeks of March 2020 have been extended at Disney's Hollywood Studios. 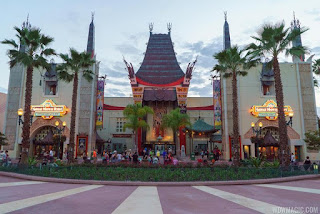 March 1 - 14 2020 now sees the park opening at 8am, and hour extension from the previously posted 9am openings. You can see the updated operating hours on our Walt Disney World calendar.

Disney moved to early openings at the Studios alongside the opening of Star Wars: Rise of the Resistance, which continues to use virtual queue boarding groups which reach capacity very quickly after park opening. To read the latest on boarding groups, head to our forums which have daily updates on the process.

March 4 will also see the opening of Mickey and Minnie's Runaway Railway. 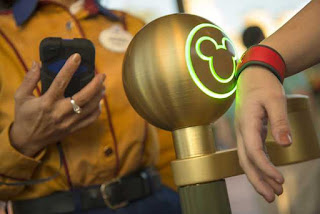 After your vacation, check your mailbox for a letter thanking you for your visit, which will contain a special QR code to unlock a hidden screen in the Play Disney Parks app.

Play Disney parks is available in the app store, and offers in-queue games while in the parks, Disney trivia, music and more. Check out he video below for a look at the new Mickey Mouse augmented reality greeting.

Disney released artwork featuring what appears to be the logo for Epcot's new nighttime show - Harmonious. 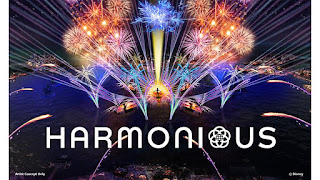 The logo features the original Epcot center logo in place of the letter O. The legendary Marty Sklar perhaps described the logo best as, “The Epcot Center logo symbolizes unity, fellowship, and harmony around the world. Five outer rings are linked to form the shape of a flower–a celebration of life. The heart of the logo is the Earth, embraced by a star symbolizing hope–the hope that with imagination, commitment, and dedication, we can create a better tomorrow.”


Walt Disney World annual pass pricing has been updated resulting in increases across the board. 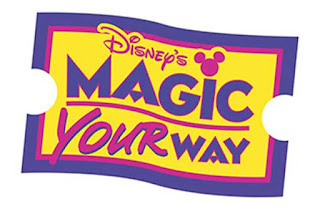 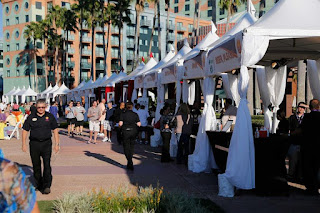 Overnight packages and tickets are now on sale at www.FoodandWineClassic.com.

The Swan and Dolphin Food & Wine Classic treats guests to a street party festival with unlimited tastings of culinary selections from the hotel’s award-winning restaurants, wine samplings from around the world and a selection of other beverages, all amidst a festive backdrop of live entertainment.

The event features numerous themed areas including a beer garden and hands-on seminars with the hotel’s chefs and certified beverage experts.

Package options which include a pair of tickets to enjoy unlimited tastings and a one- or two-night hotel stay start at $548 for one night or $1,045 for two nights. Advance-purchase, event-only tickets are $155 per person (inclusive of tax and service fees). Overnight packages can be booked by phone at 1-888-828-8850.

The educational seminar experiences may be added to packages for an additional fee.

With 18 restaurants and lounges and a distinguished culinary and beverage team, the Walt Disney World Swan and Dolphin Resort continually earns national recognition for its food and beverage program. The hotel features more than 70 certified wine sommeliers and 1,400 wine selections.

Menus and more information about the 2020 event will be announced later. For the latest, guests can visit www.FoodandWineClassic.com.

Jaleo Disney Springs will be celebrating its one-year anniversary on Saturday March 21 2020 with a Paella Block Party. 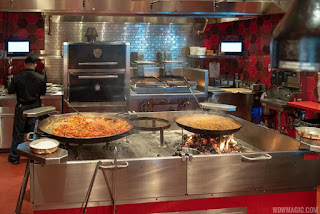 The party takes place 11:30am to 3pm, and early-bird discounted tickets are priced at $75 for all inclusive, $40 for food and non-alcoholic beverage, and kids under 10 are free.

Disney's Animal Kingdom will be celebrating the 50th anniversary of Earth Day from April 18 - 22 2020 with special activities and events. 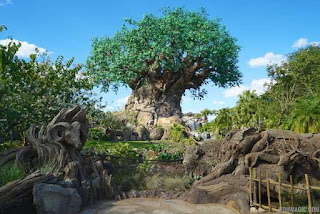 At the park’s Theater in the Wild, the Wild by Nature Speaker Series will let you hear from some of Disney’s Animal Kingdom’s animal experts, educators and conservation “Heroes,” learning about the ways Disney’s own conservation experts are working to save the planet and its wildlife. National Geographic Explorers and Photographers will share their stories from the front lines of their explorations as well as wildlife photography and video techniques.

Joe Rohde will return to Tiffins Talks, with reservations for the four course meal opening on February 18 2020.

Other activities will include a preview of upcoming Disneynature films coming to Disney+, sketching special characters at the Animation Experience and a celebration of the 25th anniversary of the Disney Conservation fund.

Mickey and Minnie's Runaway Railway will be hosting Cast Member previews next week as the official March 4 opening dates nears. 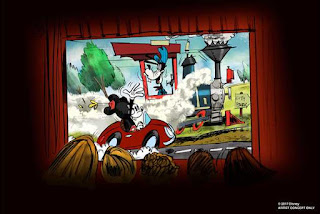 Cast Members will be previewing the attraction at Disney's Hollywood Studios from February 22 through March 2, with a press event to take place on March 3. 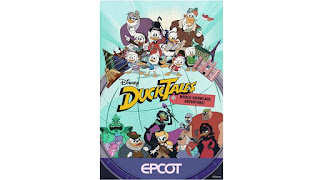 The Electric Umbrella will have its final day of operation on February 15 2020 as the center of Future World closes. 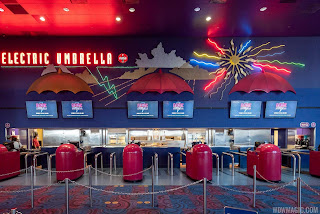 Beginning February 16, Electric Umbrella will be closed, along with Pin Central and the surrounding merchandise carts.

Guests will be directed to use the newly created walkways on each side of Spaceship earth, with the right hand-side leading to The Seas, The Land and Imagination!, and the left-side walkway between Guest Relations and Gateway Gifts leading to Mission: Space and Mouse Gear.

With the closure of Electric Umbrella, Sunshine Seasons will offer burgers, the Epcot Experience will serve chicken nuggets and salads, and the Taste Track kiosk will offer burgers and fries near to Test Track.

A new quick serve location will eventually be built in approximately the same area as Electric Umbrella as part of the redevelopment of the center of the park.